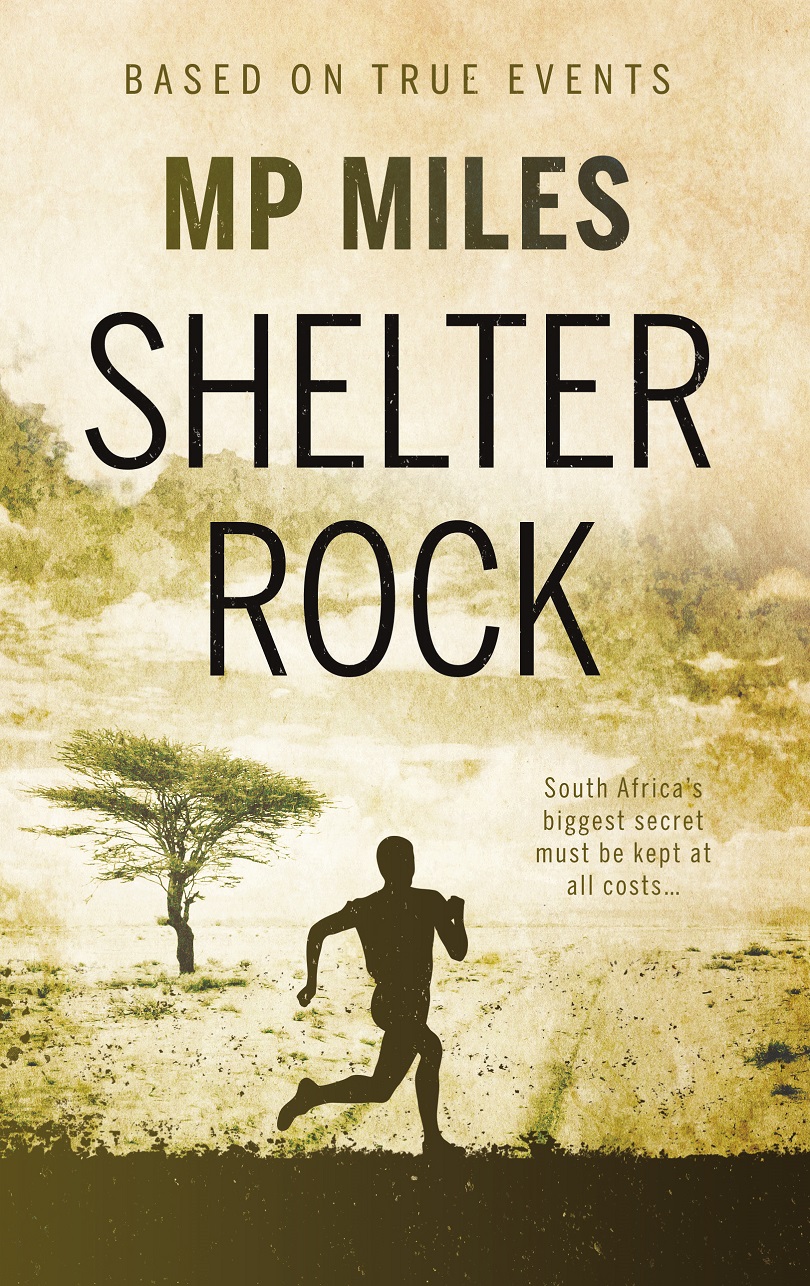 The plot line for Shelter Rock comes straight from the news that made headlines in the 1980s when the apartheid government was the number one skunk nation of the world; the oppressed masses were beginning to fight back; the virulent HIV-Aids virus was rearing its head; sanctions-busting was rife despite the UN arms embargo; money-laundering was extensive and the news of the death of part-time trade unionist, Dr Neil Aggett, who hanged himself while being in police custody for 70 days,  was reverberating across the world. South Africa had developed nuclear weapon capability but was battling to build a viable delivery system. A Soviet spy working for the SA Navy sent the French intelligence service a video of the failure of the delivery vehicle. The people in charge of the project at the Pelindaba research facility are securocrats: the Director General, Professor Lombard, and his deputy Nick Roux.

There is a shyster lawyer, Koos Snyman, managing a trust for the Elanza, daughter of a client, Blackie Swart, after clinching a dodgy multi-million rand deal with the apartheid government. Snyman also employs a sadistic military veteran, Cornelius Nels,  to do his dirty work. Then there’s Angel Rots, an enigmatic figure and one of the main protagonists in this thriller. We first meet him when he intervenes in a scuffle outside the Pretoria train station when two policemen are trying to arrest a woman who was taking her husband to hospital after a mining accident. However, they were without the dreaded dompas, a necessary requirement in those days. They try to arrest Angel too but when he shows them his British passport and a card proving he is a member of the National Intelligence Service (NIS), formerly the Bureau of State Security (BOSS), they let him go. Enter Ralph Phillips, an 18-year-old British teenager, with not much else besides his passport, who is in South Africa to visit his cousin in Cape Town. After landing at Jan Smuts , now known as OR Tambo, Ralph makes his way to his cousin to Worcester on the Trans-Karoo. Soon he tires of the Western Cape and he hitchhikes to Johannesburg. However, he sets in motion a train of events that that puts his life in danger. It won’t be a spoiler to say that Ralph apparently took a picture of the government’s nuclear research facility that it wants kept secret at any cost. Ralph stays in Johannesburg for a while and gets a job at the Diplomat Hotel, a well-known landmark in the City of Gold. At the popular nightclub, Tramps, which is part of the hotel, Ralph befriends Elanza, who is ill with Aids, although Ralph doesn’t know this.  She also leaves Ralph a fortune in her will. When Ralph gets the travel bug and decides to walk home via Cairo back to England, Lombard and Roux call in Rots, the only Black agent working for the NIS, and his task ostensibly is to keep Ralph safe. However, that’s not the only reason. Nels is also after him.

But Ralph is always a step ahead of both men.  Angel saves him from serious harm several times although Ralph has no idea who his benefactor is.  Another complication is that Angel has fallen for Elanza who is now almost blind as a result of Aids and drug use and she too wants Ralph to be safe.

Along the way Ralph is arrested in Uganda, his camera with the incriminating evidence is stolen; he has a run-in with some nasty hit men in Kenya and thieving nuns in the Sudan until it almost comes together in the bazaars of Old Cairo.

In the end it wasn’t about Ralph but about Angel, who is still keeping an eye on Ralph, because of the connection to Elanza.

Shelter Rock is an interesting read with an unusual plot line. Some of it appears to be based on author’s own life. MP Miles was born in Dorset, and at the age of 18, he hiked alone through Africa from Cape Town to Cairo. Today he is a pilot, a diving instructor, an award-winning chef, lifelong sailor, and lives in the Caribbean on a yacht.

The sequel, Easter Farm, will be published soon and features some of the main characters from Shelter Rock: Ralph, Angel and his nemesis Nels.