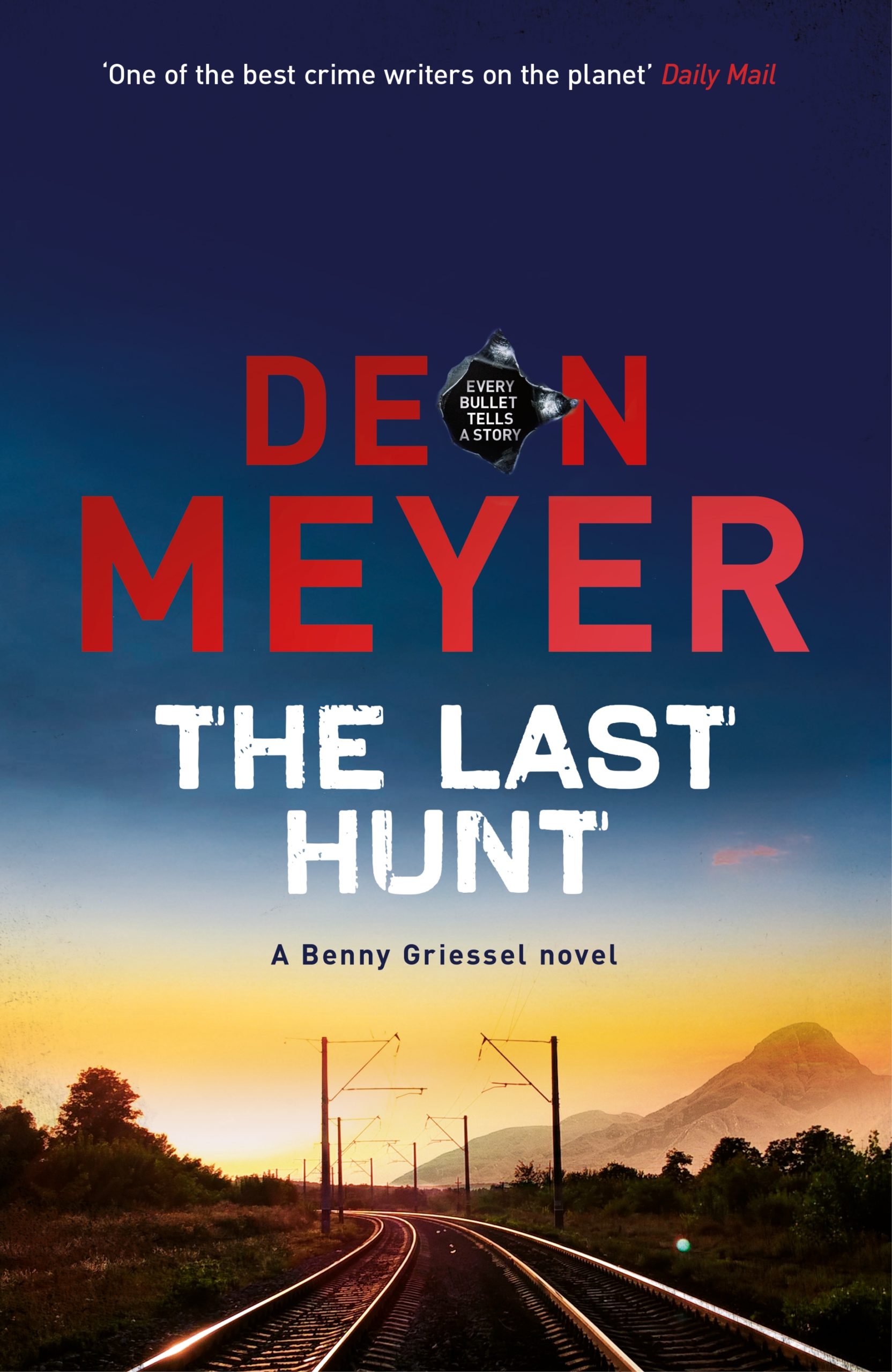 Captain Bennie Griessel and his partner Vaughn Cupido of the Hawks crime-fighting unit have their work cut out for them when they get a cold case file and have to investigate the murder of a former police officer, Johnson Johnson, whose  body was found alongside the railway line in the Karoo. Johnson apparently jumped or was pushed from Rovos Rail, one of the world’s most luxurious trains, while he was acting as security for a wealthy Dutch businesswoman, Thilini Scherpenzel. There were two other passengers on the train who may hold the key to the mystery but they seem to have disappeared in to thin air.
Meanwhile back in France struggle activist, Daniel Darret, has turned his back on his past and is now working as a carpenter/furniture restorer with a master craftsman, Henry Lefevre, a wood-wizard, in a small village on the outskirts of Bordeaux. Lefevre suffers from Asperger’s syndrome and doesn’t get on with many people, apart from his wife and Daniel who understands him.

But the past doesn’t let go as easily as that. One night as Daniel is ambling back to his modest apartment he stops a gang of five young men from assaulting a woman, all his old skills, although a bit rusty come into play.  A few weeks later the woman, Elodie Lecompte, who it emerges is a more than accomplished artist, invites Daniel to her apartment and as a thank-you offers to paint his portrait.

When Daniel was leaving work one afternoon he spotted an old comrade, Lonnie May, who Daniel realised was being followed. Back at his apartment Daniel waits for an older and greyer Lonnie May to ring the doorbell. He doesn’t but pushes an envelope pushed through the letterbox. The letter is addressed to Umzingeli, the name by which he was known back in the day, and was an invitation to meet.

Daniel was reluctant to see his old friend again but he knew he was in trouble. May persuades Thobela “Tiny” Umzingeli to go back to his old life and use his skills to assassinate the corrupt president of South Africa who will be paying an official visit to Paris soon.

Back home Griessel and Cupido are knee-deep in the Johnson investigation which has its roots in the highest echelons of government and as usual they are ruffling a few feathers.

Officially they are ordered off the investigation but when a name from the past surfaces, Colonel Mbali Kaleni breaks her rigid by- the- book rules, turns a blind eye and the two men continue their probe in to the death of Johnson, who overheard a conversation, which led to his death.
Meanwhile Griessel and Cupido have some personal issues to worry about:  Griessel is planning to ask his long-time partner, Alexa Barnard, to marry him, while Cupido is worried because Donovan, his lover Desiree Coetzee’s young son, thinks that the Hawks have been “captured”.

Without giving away too much Griessel and Cupido ruin an operation dreamed up by the State Security Agency who also asked the Russian secret service for help.

The strands of the story come together in a satisfying and unexpected climax that plays out in the streets of Paris and ends at Kleingeluk, a farmhouse in the Western Cape.  Many of the characters that feature in the other Griessel novels are back and include IT whizz Lithpel Davis, Frank Fillander; Mooiwillem Liebenberg and Musad Manie. To ease the tension there is a bumbling cop from Beaufort West who has ambitions to join the Hawks. Then there’s Wacket the cat that belongs to Daniel’s neighbour. Meanwhile Umzingeli returns to his quiet, anonymous life with Lefevre, the genius furniture restorer. However, Meyer’s too good a writer to leave him there to languish in obscurity.

The Last Hunt is a page-turner and shows just why Meyer is one of South Africa’s top crime writers.