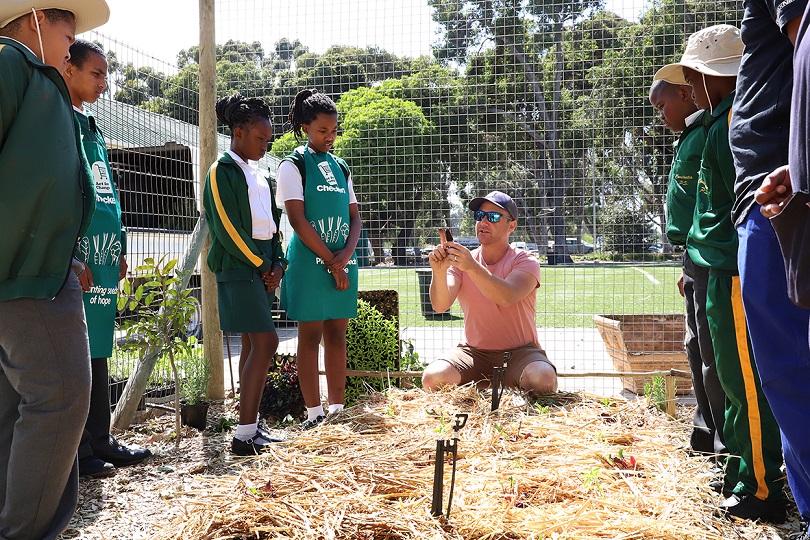 As the academic year kicks off the 150 learners from Constantia Primary School will have their school meals supplement by vegetables from their own organic food garden thanks to a partnership with Checkers Constantia.

Workers’ children growing up on the wine farms in the area make up the majority of learners at the school situated a stone’s throw from the Constantia Emporium, where the new flagship Checkers opened in November last year.

The garden not only provides the school with fresh vegetables, but is also the place where learners can practice the gardening skills they are taught at the Eco Club which was formed following the establishment of the garden. Further support from Checkers extends to the installation of a 10 000 litre water tank and irrigation system, as well as garden training for 20 of the school’s parents.

“The garden is a wonderful addition to our school as an educational tool as well as a source of fresh produce for our learners and eventually the greater community. We’re very grateful for Checkers’ investment in our community. This illustrates that it is really a business that cares about the communities in which it trades,” says Alastair Adams, principal of Constantia Primary.

“As food retailer, we believe we are best placed to bring sustainable hunger relief to the communities we serve. We began rolling out our food garden programme in 2015 and to date support more than 100 community gardens across South Africa. Apart from water infrastructure, our support also entails training workshops over the course of a year and donations of plant material as well as gardening tools,” says Lunga Schoeman, the Shoprite Group’s CSI Manager.