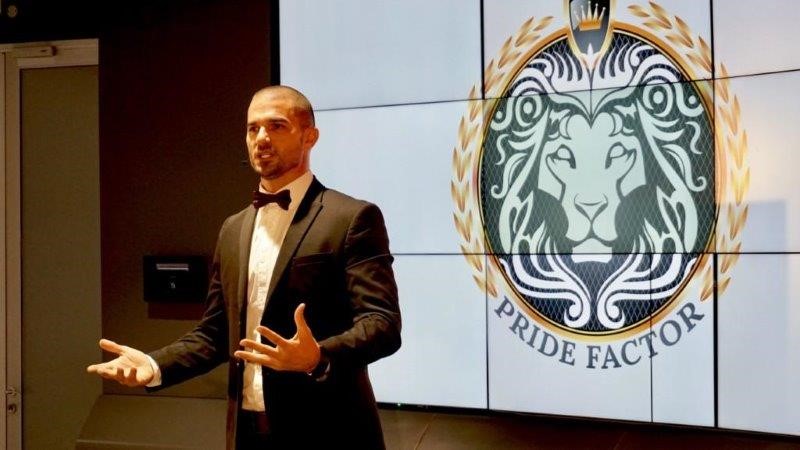 Self-taught entrepreneur Dene Botha has been recognised as one of the 100 Most Influential Young South Africans for 2019 in the fourth edition of the coveted rankings compiled annually by Avance Media, a leading African media and PR agency.

Botha, who founded the Pride Factor life-skills academy in Cape Town during 2014 to inspire and guide teenagers and young adults to overcome the problem of unemployment and its associated poverty and inequality, has been nominated in the Social Enterprise and Philanthropy category of the Avance rankings.

“I’m honoured, elated, proud and so excited to have been recognised in this prestigious group of leaders who do so much to inspire others,” said Botha. “I’m merely the front man for Pride Factor and it all comes down to team-work, collaboration and the relentless pursuit of enhancing the quality of life for the youth of our world. Together we can!”

A sought after model, professional Shakespearian actor and Western Province surfing champion by age 10, Botha was crowned South Africa’s ‘Most Irresistible Man’ in Axe Sweet Life’s nationwide reality show in 2009. His admirable social conscience has seen him skydive naked to support Rhino conservation, MC fund-raisers for CANSA, work in soup-kitchens and collect food and clothing for the homeless and even participate in a celebrity boxing tournament to highlight bullying.

He sees Pride Factor as the culmination of his life’s work and through its Inspired Youth (Africa), Empowered Youth (UK) and Online Academy platforms, the company has now interacted with and inspired more than 57,000 young people at over 125 live events and reached hundreds of thousands more via mainstream and social media.

Realising that the majority of the demographic who benefit most from Pride Factor’s programmes could not afford to attend the events nor to study the online academy’s courses, Botha cashed in his investments and sold his house while developing a business model that now enables the knowledge-hungry youth to access these life-changing benefits at no cost.

The Top 100 list is curated by Ghana based Avance Media and PR who have published similar rankings to highlight the work of outstanding young people in seven African countries. The honourees cut across diverse sectors with the inspiring young change-makers and leaders making great strides as entrepreneurs, entertainers, activists, media personalities, social entrepreneurs, public servants and politicians.

Avance ranks the honourees within their categories, and in the Top 100, through a voting process that determines the number one Most Influential Young South African.

To vote for Dene Botha go to sa.avancemedia.org/#VOTE and select his name from the drop down menu in the Social Enterprise and Philanthropy category. Voting closes at midnight on Wednesday 5 February.