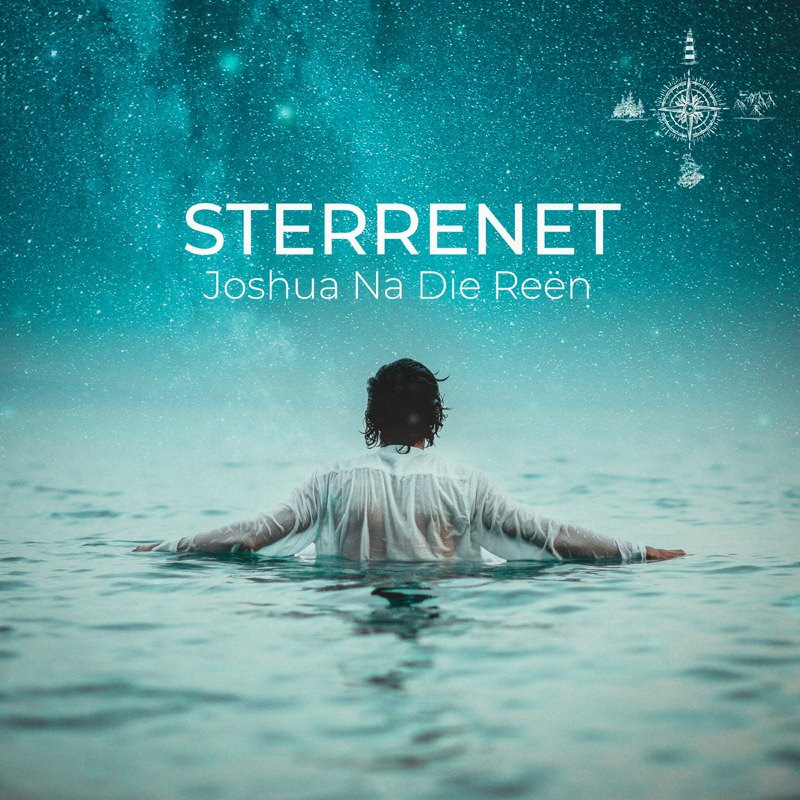 Multi-acclaimed musician, Joshua na die Reën, who burst onto the scene in 2014 with the release of his self-titled album – which secured him several Ghoema Awards, as well as Huisgenoot Tempo and Woordfees Awards – is back with his third single, STERRENET (from his 2019 album SOMERAARDE), that speaks directly to the heart.

The first two singles from this album, Soos in Nou and Soos die Wind charted on the hit parades of radio stations nationwide as well as Namibia within days after release and remained a contender for several weeks after. These songs are still being played on high rotation on various radio stations.

STERRENET is a contemporary pop song that was written by the artist himself and remains true to the sound and style that he became famous for. “Three years ago, my daughter (Anán) and I were outside and she asked me to look at the stars,” he shares. “At that moment I realized how long it has been since I have appreciated the stars. Her words became like a net that saved me from the busy life that I have been living. It gave me new appreciation for the things around me and that is how the concept of the songs was born.”

The song boasts an upbeat playful tune and contains lyrics that will appeal to all age groups. “I know everyone says this, but when you have children you rediscover things that you have forgotten about. Hopefully STERRENET will reach someone who needs to appreciate and experience the beautiful and exciting things in life,” he explains about what he would like to achieve with this single.

He is also part of the music project, Musiek Soos Grond, with his friends and fellow musicians Lizandra Winter, Len Muller, Kaleidoskoop, Leon Gropp, Liani Reynolds and Douvoordag. “There have been numerous highlights in my music career so far, but it remains a great privilege to be able to make music with friends who are close to my heart during my performances,” he says.

The singer, who will soon be welcoming a new baby boy into his family, says he has many exciting plans for the future, which will most likely include a European tour with his band. About this exciting opportunity, he says: “I look forward to sharing my music with new audiences abroad.”

Considering Joshua na die Reën’s track record, STERRENET is guaranteed to be a hit and is set to win over the hearts of even more local music fans.

This song is available on his album SOMERAARDE here www.jndr.co.za