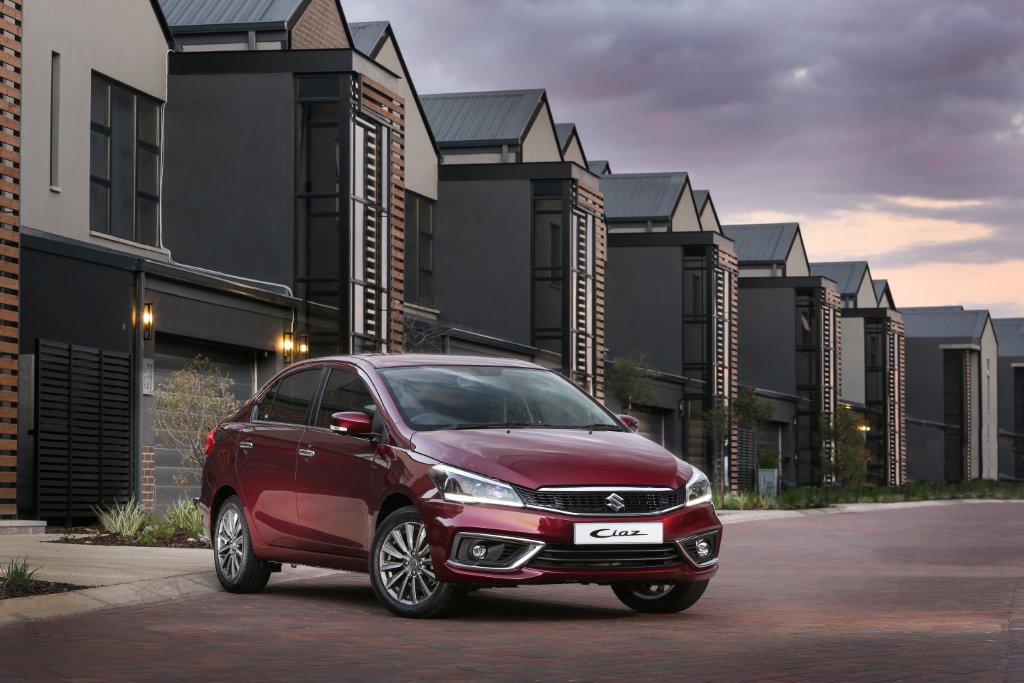 Brian Joss – When I reviewed Suzuki’s budget-beating Ciaz 1.4 GL five years ago (The Gremlin August 6 2015) I suggested that you put the sedan near the top of the list if you’re in the market for new wheels.

After spending some time in the Suzuki Ciaz GLX, the test car, which was fitted with a five speed manual transmission,  I haven’t changed my mind.

It’s even better than its predecessor and ticks all the right boxes whether you want a more than capable family sedan or a car for the office fleet.

CIAZ stands for Comfort, Intelligence, Attitude and Zeal, and the GLX has it in spades and more, one website said.  Interestingly, the price tag hasn’t changed much over the five years, considering that everything is bigger and better. Five years ago The 1.4 GL Ciaz had a price tag of R202 500 while the GLX will make a R254 900 dent in your bank balance. The price has increased by R52 400 which on balance and all things considered is not too bad.

Let’s have a look at the changes on the new GLX which made its debut last year.  There’s a new painted grille that stretches the full length of the nose between the headlamp clusters, and on the GLX is framed by chrome inserts, also replicated on the door handles and a strip above the rear number plate.  New headlight clusters, automatic LED headlamps and daytime running lights.  Other design changes include a larger and “more aggressive”

lower air intake; integrated LED combination lamps and a brake light mounted in the back window; and it gets 16 inch polished chrome wheels.

The Ciaz GLX  is different Inside, too. The first thing that catches your eye is the new 7″ SLDA touchscreen audio system  which combines full Android Auto, Apple CarPlay and MirrorLink smartphone integration with a reverse camera and  rear park sensors, Bluetooth connectivity and voice commands.

Suzuki has added an additional 4.2″ colour information display in the vehicle instrument cluster. This screen displays information such as range, fuel consumption and outside temperature and is standard on both specification levels. Standard on the GLX is cruise control, automatic climate control, electrically folding side mirrors and to give it a luxury touch —  combination leather upholstery.  The GLX also gets keyless access with a stop/start button. Another nice-to-have is an extra 12V socket at the rear. Some minor niggles: there is no folding rear seat and you can’t adjust the steering wheel for reach. Although the driver’s seat may be too high for taller people I easily found a comfortable driving position. And there’s a lot of legroom at the back. The 480 litre boot is big enough for holiday luggage or a month’s worth of shopping. However, because the rear seats don’t fold down, you may not be able to squash your mountain bike into the boot. You can also open the boot remotely, however, it didn’t work too well on the test car, perhaps because the battery had run down.

So what’s it like to drive? The GLX has been made for comfort, the suspension helps to soften the imperfections in the road and it sails over the potholes without your teeth juddering. The GLX moves along at a rapid pace and easily keeps up with the fast-moving traffic on the freeways. The GLX was happy cruising at 120km/h and the mountainous test route wasn’t a challenge. The gear changes were slick and smooth with an easy clutch which wasn’t a mission in the heavy traffic. It’s also quite happy going round the bends.  In a word or two, Suzuki’s new GLX grows on you quickly and it’s an easy car to like. As a bonus it’s also economical. Suzuki claims figures of

5.5 litres/100km. I used about 6.5 litres/100km on a route which took in various road conditions. However, with a light foot you could achieve Suzuki’s fuel consumption figures.

The Suzuki Ciaz GLX 1.5 litre five-speed manual is an honest car. It has no pretensions and doesn’t pretend to be anything else except a capable family car that would be quite at home in the company’s business fleet.