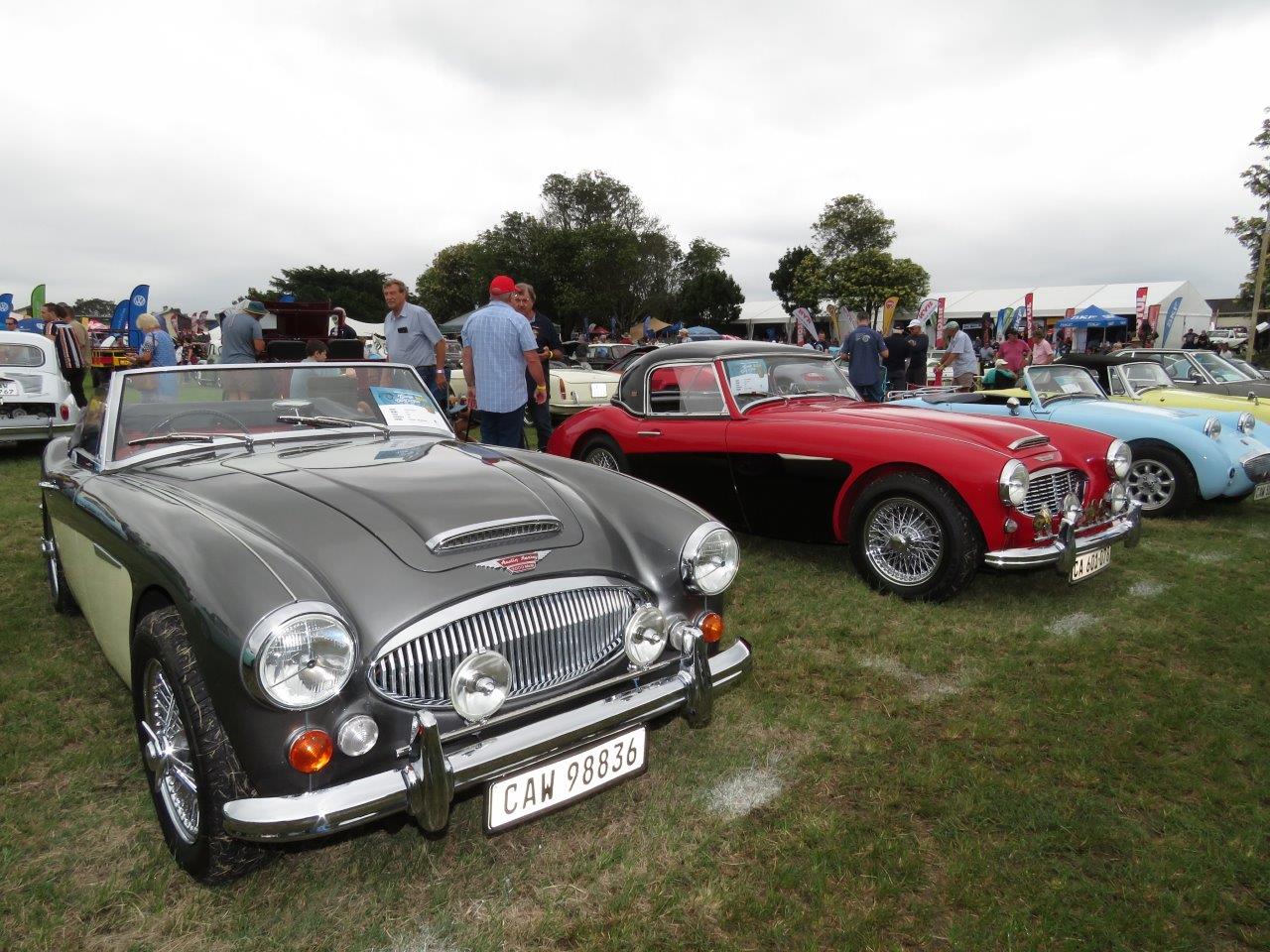 According to Alexander, he met visitors from the USA, Canada, the UK and New Zealand who made the journey specifically to attend the show.  “This is an incredible effort on their part and the organisers are sincerely grateful,” he said.

While the show is enjoyed by people from across the world, for Alexander it remains a once-a-year occasion for old car lovers to meet, network and simply enjoy spending time together.  Remaining true to this, the original idea behind the show, keeps it authentic; something that visitors appreciate and enjoy, and ensures the success of the event.

The SCOCC had their own tent which afforded members the opportunity to spend quality time together as a club.Sporting their new shirts and hats, along with new branding in terms of gazebos, banners and arches, members created a festive atmosphere at the tent and around the show.

The centre display at the show was ‘bakkies’ and committee member Kobus Harris was tasked with organising the display.  He originally planned for 40 entries, but this turned out to be in excess of 100 including a number of modified bakkies as well as seven Mercedes-Benz and two Borgward entries.

This year the MOPAR Owner’s Club celebrated 60 years since the first Valiant was built in South Africa and next year Borgward will be celebrating their 60th year.  Between 80 and 90 owners and their vehicles will be attending the 2021 George Old Car Show.

The 2020 VETTOER Tour set off from Albertinia on Tuesday 4 February en-route to George.  Eighteen veteran cars (built before the end of 1918) took the scenic route, Albertinia and Herbertsdale before arriving in George on Friday 7 to take their place as stars of the Show.

Volkswagen South Africa’s admirable commitment to preserving the history of their brand by way of the VW AutoPavilion once again thrilled show goers with a unique prototype of the Polo Vivo, an iconic Golf and ‘Foxy Lady’ the photogenic disco Beetle.

The Trader Auctions auction had 26 vehicles on offer, the majority of which were sold.

The model vehicles attracted considerable interest and stall holders were extremely satisfied with their sales figures.

The Vespa display was well attended as these functional and innovative little workhorses remain a perennial favourite.

No report on the 2020 George Old Car Show would be complete without an acknowledgement of the incredible contribution of Waldo and RenéScribante whose passion project, the Scribs Benzeum, is perhaps the very embodiment of what the Southern Cape Old Car Club represents.It is a huge privilege for us to have been the premier sponsor at this prestigious event.  The support of visitors and tourists was outstanding, commented Waldo &René.

Apart from so many companies who sponsored product and services to make the event happens, we are forever grateful for our gold sponsors, Protea Hotel by Marriott King George, George Municipality, Clickonit™, CMB George, Midas, SAB, and our official Media Sponsor, George Herald.

“With a highly competent committee, we put together a ”WOW”show in a very short time. We are extremely satisfied and thank all the organizers, the Southern Cape Old Car Club, the sponsors as well as those who supported the show as exhibitors and especially the visitors,” said Johan Rademan, the show organizer. The Organisers look forward to welcoming show goers to an even bigger and better George Old Car Show in 2021.