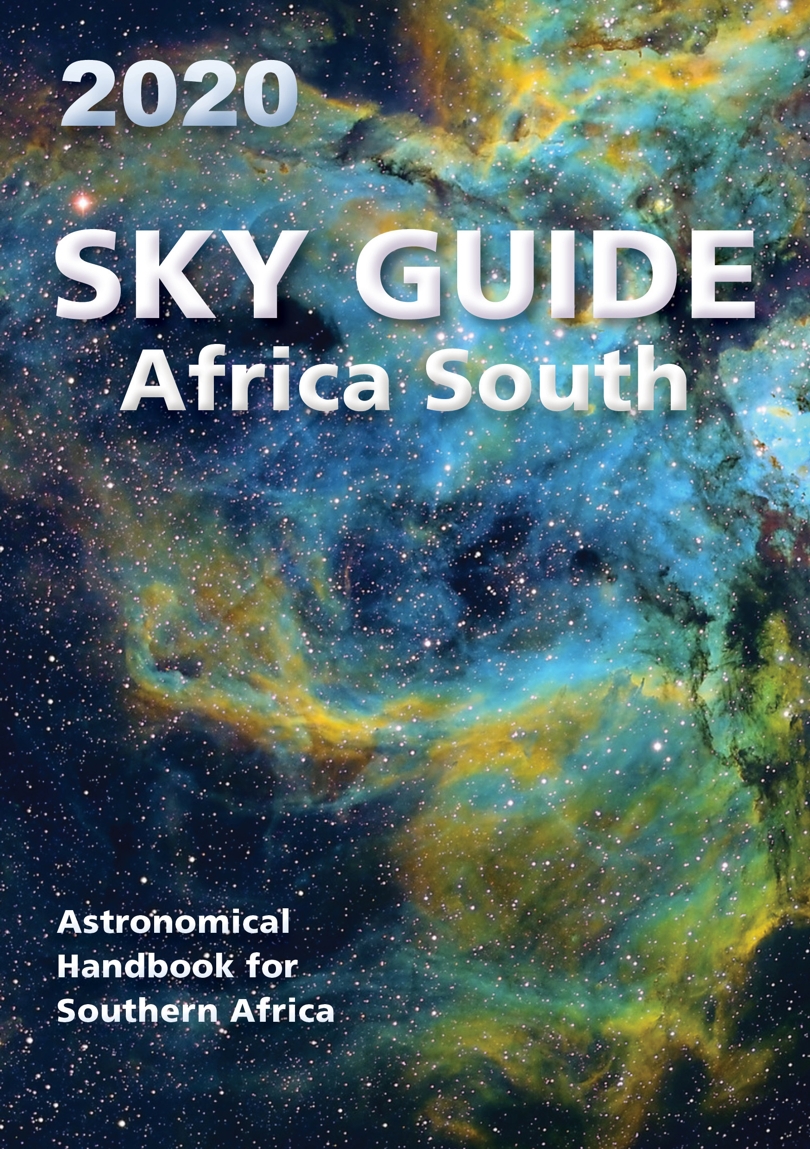 Compiled and edited by Auke Slotegraaf and Ian Glass

The Astronomical Society of Southern Africa

This is the 74th edition of this popular guide and its publication coincides with the 200th anniversary of the  Royal Observatory Cape of Good Hope (SAAO), Observatory, Cape Town, on October 20 and is known for a number of discoveries made there. These include the first observation that led to the distance of a star (alpha Centauri) in 1832-1833 by Thomas Henderson; Frank McLean, a wealthy British astronomer, discovered the element oxygen in stars using the Astrographic telescope in 1905; in 1903 John Franklin Adams, a British amateur astrologist, was responsible for the first significant photographic atlas of the whole sky: it was started at the SAAO and completed in Johannesburg.

The comprehensive guide is packed with information and is presented in a way that makes it easy for the amateur astronomer or the professional to understand. Chapters include the celestial almanac; the planets; asteroids and what meteor showers to expect in 2020, among others.  The Sky Guide is divided in to a number of sections each marked by a symbol on top of the page. There is also a guide to show you how to use the guide. There are chapters on the sun, the moon, the planets, and all things heavenly, as well as a list of eclipses, solar and lunar, and the times they occur. Included is a history of astronomy in South Africa, what equipment you need; and if you want to get away from it all, Star Parties take place at various venues across the country where like-minded people get together to discuss and enjoy the skies above. The guide has information on astronomy as a career as well as a list of societies and clubs. There is also an overview of online resources for enthusiasts, amateurs and professionals alike. Don’t leave home without it.