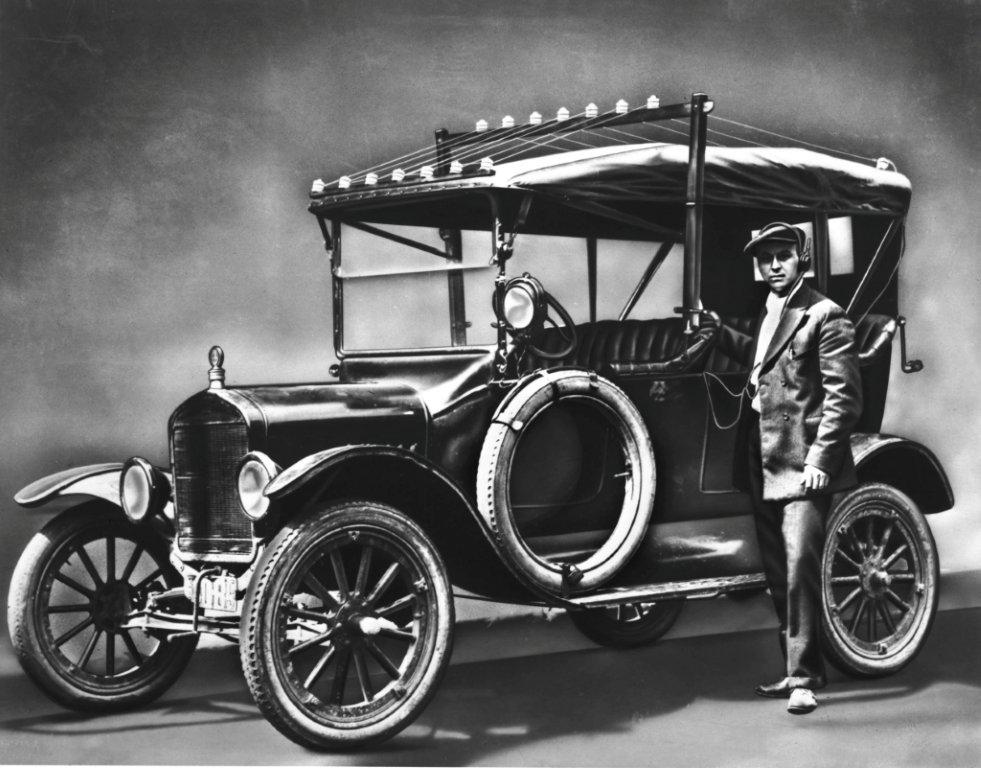 Brian Joss – With a staggering array of public, private, and community stations providing listeners with audio content via analogue, digital, and internet platforms, radio, which marked World Radio Day on February 13, is the most widely consumed broadcast medium on a global level today.

Commercial radio was first introduced in 1920, and made its way into cars in 1930. Historian Donald Matteson, who was curator of radio at the Henry Ford Museum, wrote a book called ‘The Auto Radio: A Romantic Genealogy’, chronicling the birth of car radio and its development over the ensuing decades, right up until 1987, that was, when the book was published.

“Considering just how much in-car audio has evolved since 1987 – when factory-fitted CD players were all the rage – it’s probably time someone wrote a follow-up book,” says Kuda Takura, Ford Motor Company of Southern Africa spokesperson. “Better yet, it should be narrated and recorded in audio book or podcast format, so we can listen to it in our cars!”

Statistics show that we are living in an audio-first world. A recent study by iHeartMedia, the largest radio station group owner in the US, revealed that the average listener aged between 13 and 64 years consumes 17.2 hours of audio content per week – including radio, streaming, podcasts, and more – with Millennials and Gen Z consuming more than 2.6 hours of audio content every day.

“In the connected car of today, however, audio is about so much more than just a way to listen to radio, streaming, or podcasts,” continues Takura.

So when and where did it all begin? “In the 1920s, with radio-dispatched police cars,” says Takura. “In Don Matteson’s book, there’s an amazing photo taken in 1921 of the Detroit Police Department’s Walter Stick standing next to a Ford Model T patrol car with a massive antennae on its roof, and a one-way radio set installed on the back seat.”

In 1930, the American Galvin Manufacturing Corporation launched the world’s first commercially available in-car radio called the Motorola – a combination of the words ‘motor’ and ‘Victrola’ – the brand name of a very early record player. At $130, it was expensive – the contemporary Ford Model A cost $540 – as well as complicated and time-consuming to install.

“It was only when Ford began offering factory-fitted Motorola AM radios in its new cars coming off the assembly line in 1933 that in-vehicle audio really took off, and soon became an auto manufacturing industry standard,” says Takura.

In 1952, German company Blaupunkt launched the world’s first car-ready FM radio. And a year later, Becker’s Mexico launched an AM/FM radio which would become the vehicle standard for many years to come.

“Back then, in-car audio was what you listened to on the frequency you tuned into on the airwaves,” continues Takura. “Your listening experience was left to the mercy of radio hosts and DJs. But thanks to continued advances in technology, it was only a matter of time before we could start enjoying a more personalised, customisable way of listening to music on the road. From 8-tracks to cassette tapes, CDs, MP3 players, and smartphones containing our entire music collection which connects seamlessly to our cars, we can now literally curate the soundtrack to our life. It really is incredible how far we’ve come.”

Audio continues to drive innovation in the auto industry and is the main vehicle for the seamless integration of new technologies. The latest generation of Ford’s award-winning SYNCR 3 infotainment system is at the cutting edge of this exciting space, delivering next-level connectivity.

Supported by a stylish floating colour touchscreen that can be operated with pinch and swipe gestures, and fitted as standard on the mid-range Trend and range-topping Titanium models of the EcoSport – Ford’s hugely popular baby SUV; currently the third top-selling passenger vehicle in the country (NAAMSA, January 2020) – SYNCR 3 is Apple CarPlay and Android Auto enabled, allowing you to tune into your favourite radio station, or play your favourite music or podcast.

Bluetooth and voice control allow you to use voice commands to make hands-free calls, listen to text messages through the speakers (the system even understands emoticons and popular abbreviations!), send quick replies by selecting from a list of pre-set text responses, listen to voicemail, and adjust your climate control settings.

Two USB ports are also conveniently placed so you can charge your smartphone or insert a memory stick or iPod to voice command music playback by artist name, song title, or genre.