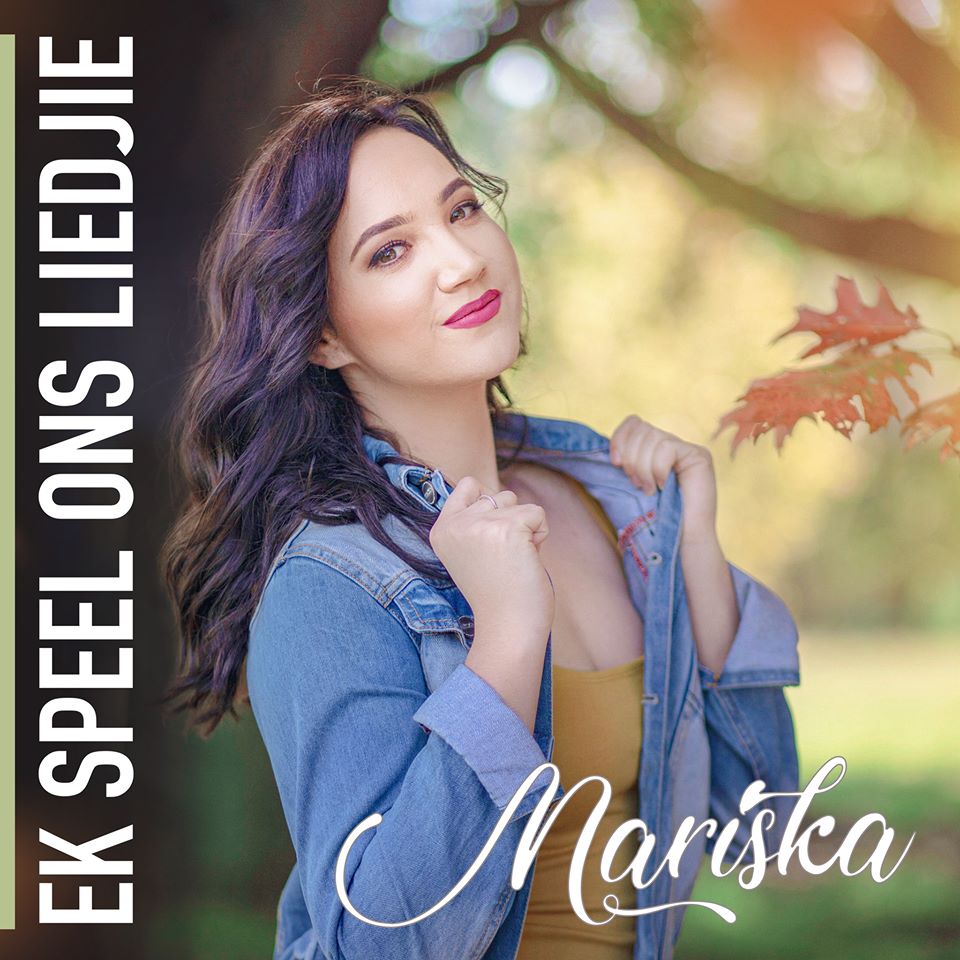 Falling in love is the most exciting time in a couple’s relationship. It is a phase during which special memories are made and the little things… like their favourite song, become part of their journey together.

Singing sensation, Mariska’s, new single – written by Rudi Claase – addresses this special bond that will continue to exist between two people, no matter where life takes them.

EK SPEEL ONS LIEDJIE is an adult contemporary song, with a catchy tune that reminds you of a 90’s ‘sokkie’ hit. This gem does not only celebrate the euphoric feeling of being in love, but also promises to lure couples to the dance floor.

“It is an upbeat love song with a melody that gets stuck in your head. We all have our favourite songs that remind us of someone special. A song that is linked to special memories with a specific person. That is what the single is all about. Sometimes when you miss someone very much, your song suddenly plays on the radio,” Mariska shares.

“EK SPEEL ONS LIEDJIE also teaches us of other ways to love – not just with words, but also with thoughts through music. Music is a wonderful way for people to communicate. It brings them closer together, makes longing more bearable, comforts those who are sad and makes them happy.”

The single, which is already causing a buzz in the industry, is the latest single off her debut album Dankie and is definitely one of her own personal favourites. “I am very positive about the single and hope that fans will enjoy it and that it will inspire them,” she adds.

Mariska’s album is the result of six years of hard work. Boasting twelve original hits, it deals with the different aspects of love and has a contemporary pop sound. EK SPEEL ONS LIEDJIE is the fourth single to be released. Boasting the most romantic lyrics, it should appeal to listeners of all ages.

While Mariska – who released her own demo album, Optelmeisiekind, at the age of seventeen – has an impressive resume for such a young artist, she says she is grateful for every opportunity that crosses her path and can’t single out just one career highlight. “I love it when I am singing, and I can see that people are truly enjoying the music. It is not about me, but about the music and how it touches people. Every opportunity I get to perform is a highlight.”

Growing up on a farm just outside Hoedspruit, the artist started taking singing lessons in grade 1, after which she also quickly mastered instruments such as the piano, violin and keyboard – she raked in a string of awards at the Eisteddfod in her matric year. She then completed her BMus (Hons) qualification in Music Performance at The Campus of Performing Arts (JHB).

She is currently busy with her bachelor’s degree in Psychology, which she plans to complete in 2021. “I received distinctions in all my subjects last year. It was a lot of hard work, but academic achievement is vital to pursue further studies in this field. I am also working on an exciting and original new project; a new phase in my career, if you will. But I can’t share the details just yet.” In addition, the ambitious young star is planning more performances this year.

Soet Soos Suiker, Mariska’s first official single, was very well received and the underwater scenes in the music video, produced by Hartiwood Films (Liefling – Die Movie, Pretville), attracted a lot of attention and secured her a spot on the music program, DKNT. As part of a special marketing campaign, the song was also featured on programs like Jukebox, Hectic 99, Jakkals Jol (SABC 2), Sunrise and eNews (eTV).

Her duet with Rian Ungerer, Alles Vir Liefde, was also chosen to represent Africa at the Eurovision music video contest in 2011. The track is included in Select Music’s album and DVD compilation, Ons Sing Duet.

With her sugary-sweet voice, soulful lyrics and undeniable passion for music, Mariska is certainly one of Afrikaans music’s rising stars.