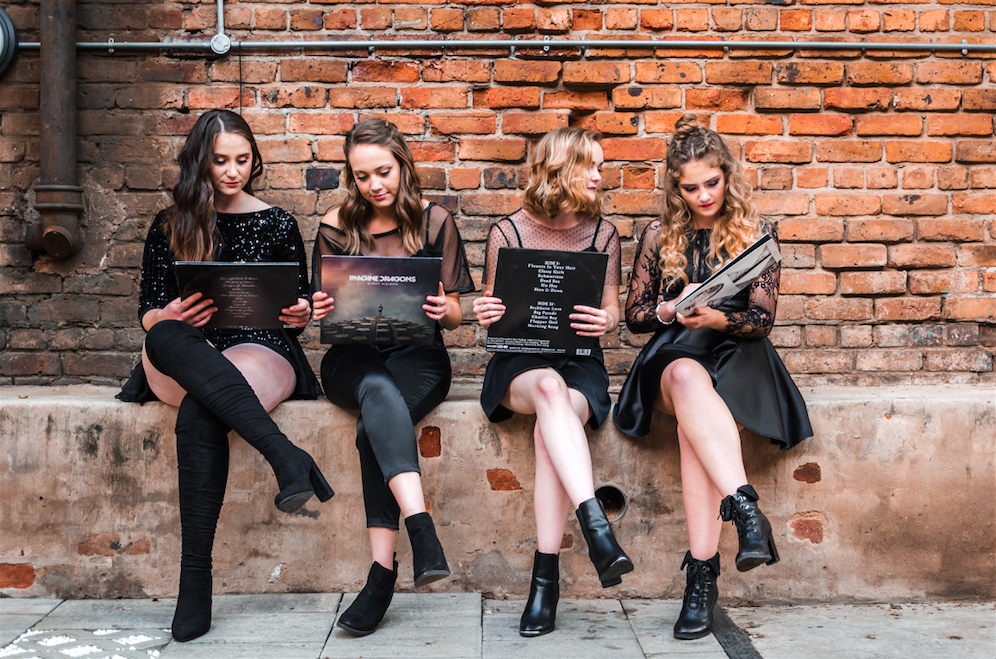 Popular local female pop group, One Voice has a knack for taking an existing song and transforming into something that music lovers adore.

During December 2019, they surprised fans with their own rendition of the Little Mix hit, Secret Love Song and instantly got thousands of views.  Now they are going to blow their fans away with their rendition of the popular Jonas Brothers hit, SUCKER, which is also one of the tracks on their self-titled debut album and is already a huge favourite during their live shows. That is why they have decided that it is time to share this vibey single and music video with the rest of the country!

The music video, filmed on location by Shaun and Madeleine McCreanor of McCrea Media at Ons Eerste Volksbank on Church Square in Pretoria, builds on the exciting feeling of being in love. “With this video, we wanted to make each viewer feel like they are the person that we are in love with. That is why we made eye contact and sung directly into the camera,” they explain.

“Everything was kept simple and the focus was placed on emotion, rather than background. An old wooden door with panelling behind us did, however, help to create a feeling of nostalgia.”

“The song tells the story of someone who is helplessly in love. The person is determined to spend his life with his soul mate, despite her imperfections,” explains the girls about the meaning behind one of their favourite pop songs.

“We expect that when people hear our version they will be pleasantly surprised, as we have taken a familiar song and created our own unique version of it. In our rendition, we also present the message from a female perspective and it makes a big difference.”

About the success of their previous music video release, Secret Love Song, which was very well received they say. “This is our favourite song by Little Mix and we are very pleased with the feedback we have received so far. We are also very proud that the video reached more than a thousand people in within 24 hours.” Droomplaneet, their first single, did equally well and can still be heard on the radio.

They are currently working on original music for their next album and planning concerts and performances for the rest of the year. “We would also like to start giving back to the community this year. Fans can follow us on social media to see what new and exciting things we have in store,” the girls share excitedly.

One Voice is a fresh breeze in the South African music industry and with songs like SUCKER, they prove that they have what it takes to impress audiences both locally and abroad.

This song is available on their debut album here: https://music.apple.com/za/album/one-voice/1469311205