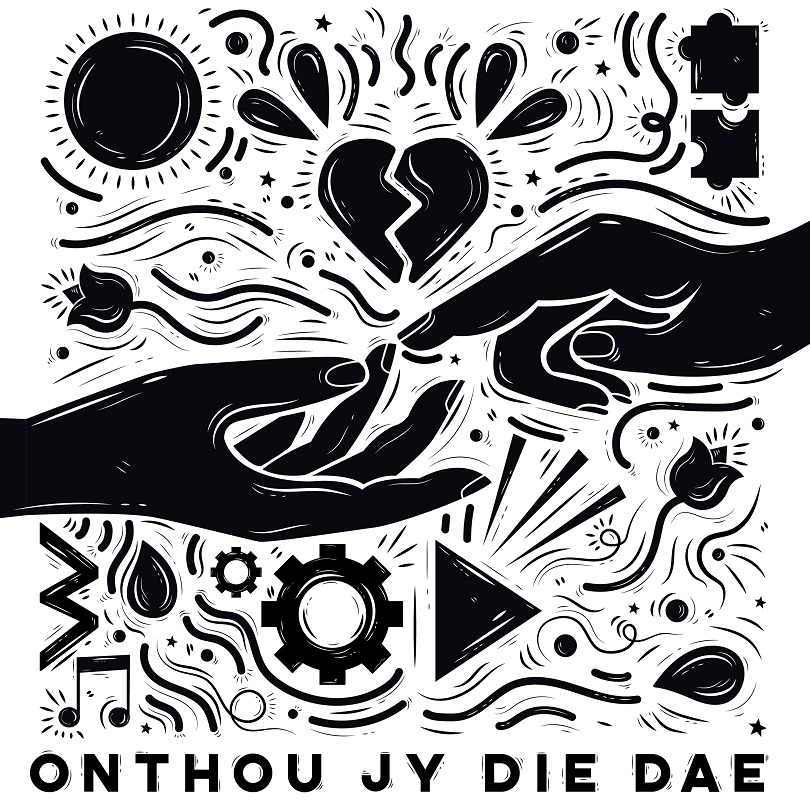 Rooksein has made quite a name for themselves since they started performing together in 2018. Since then, this talented group has recorded four successful songs and shared the stage with big names such as Francois van Coke, Sunset Sweatshop, Shortstraw, Bouwer Bosch, Brendan Pyper, Almero, Appél, Theuns Jordaan, Deon Groot, Dewald Wasserfall and Tussen Sterre.

Now they are back in the spotlight with a brand new single, ONTHOU JY DIE DAE that will be steering their music in a whole new direction!

“ONTHOU JY DIE DAE is about the shocking reality that there is a lot of cheating going on in modern relationships. It was written from the perspective of someone who has been cheated on, who speaks to the cheater and reminds them of the good times they have shared together,” explains Renier van der Westhuizen, who is the songwriter of the group. “Our music has always been truthful, whether good or bad, and everyday events inspire us to write songs.”

Although the single still adheres to the acoustic folk sound they have become known for, it also boasts a fresh and upbeat Pop-Rock vibe that will certainly impress the public. “This was our out-of-the-box song and we were trying to do something different than usual. It was a strategic choice because it will be released to the radio and we hope that it will also introduce listeners to our other music,” Renier says. “ONTHOU JY DIE DAE is refreshingly different and a song that is easy to listen and to sing along to. The lyrics are deep and meaningful and the plea for the person you love not to break your heart, will relate to audiences of all ages.”

ONTHOU JY DIE DAE follows in the footsteps their previous releases, Kyk Na My Hart, Krag, Woordelose Storie and Rooksein, which were well received and secured them quite a few fans along the way.

Rooksein is a Potchefstroom based music group, consisting of Megan Danner, Dian André Maritz and Renier van der Westhuizen. The group was founded by Renier because he wanted to start performing professionally, but did not want to do it alone. They met at the Pukke Talentfees and started hanging out together shortly after. Initially, Renier and Megan, along with another band member, performed together as Finding Forever and impressed audiences at an open mic night at Texas Rock Bar. A few months after that, Dian joined the team, and they have not looked back since.

“Rooksein is effortless. We work well together as a group and are three friends who instantly became family. Our goal is to make meaningful music, because in the modern era songs like that are hard to find,” the group explains.

Megan Danner (21), lead singer and only female member of the band, hails from Paarl in the Western Cape. She has been passionate about music from a young age and has been singing since she was six. One of her biggest career highlights – so far – is making it to the Top 3 in the first series of Emo Adams’s reality show, Maak My Famous. The musician enjoys a wide variety of music, ranging from Country to Jazz and Rock, and she finds inspiration for her own music in everyday things.

Dian Maritz, 20, is the trio’s lead guitarist and also acts as background singer. He is a people’s person, with a good sense of humour and a positive outlook on life. He is currently studying business management and shares that he has been playing music all his life. This talented muso from Plettenberg Bay enjoys listening to alternative music and believes that artists such as Jack Johnson, John Butler Trio, Ben Howard, Bon Iver, Mumford and Sons, Beatenberg, Johnny Clegg, Queen, Bread, The Maproom and John Mayer all had an influence on his own style. He believes that music is a piece of art that goes straight to the heart and finds inspiration for his songs in faith, relationships and the country itself.

Renier van der Westhuizen is a twenty-two year old songwriter and musician from Rustenburg, who draws inspiration for his lyrics from the truths and raw emotions in the world. Music has always been one of his greatest passions, although he also likes playing sports – such as football. When he is not on stage, he enjoys spending time with his special someone or his friends and catching up on his favourite television series.

Since starting out, Rooksein has performed at a number of private functions and festivals such as Aardklop, Potch Rag, Fight Night, Patricia July, Piekfijn Food and Wine Festival, Die Woordfees and more.

In addition to completing their studies, the trio still has many plans and dreams for the future, which includes more live performances and an album. They would also like to work with artists like Early B, Spoegwolf, Elandré and Francois van Coke someday.

“Music is our way of saying something in a way that will make other people listen. We are just three young people who are passionate about music and are privileged enough to be doing what we love,” they conclude.

ONTHOU JY DIE DAE contains all the necessary ingredients of a bona fide radio hit. It also marks the start of a very promising chapter in this talented group’s music career.