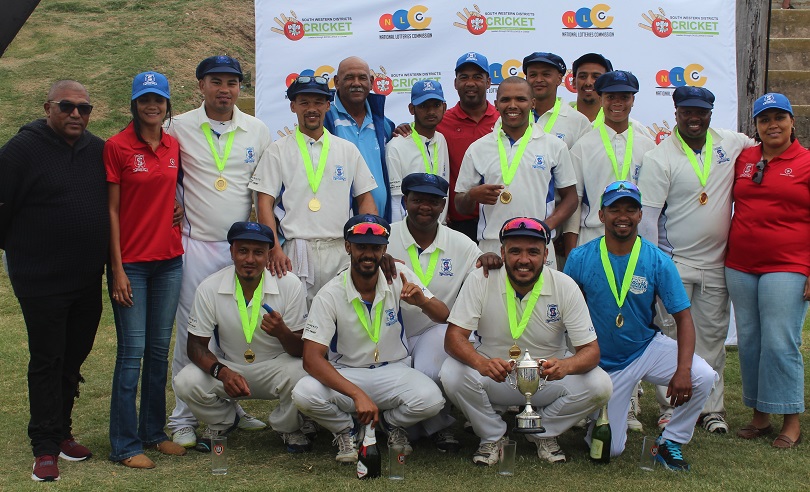 Sussex Cricket Club, on Saturday, recorded an impressive 96 runs victory against Riversdale to win the Promotion league final and will next year be back in the Premier League competition.

Sussex, who batted first, were with their backs against the wall at 90/6 but they managed to bat their allotted 50 overs and ended on a competitive 164/9.  Riversdale, who played in their second consecutive final, struggled against the bowling of Rowan Groenewald (4/17), Wayne de Jager (3/17) and Matthew Balindlela (2/6) and was dismissed for only 68.

Caption: The victorious team of Sussex Cricket Club that won the SWD Promotion League (Division 1) on Saturday after a 96 runs victory against Riversdale in the final.