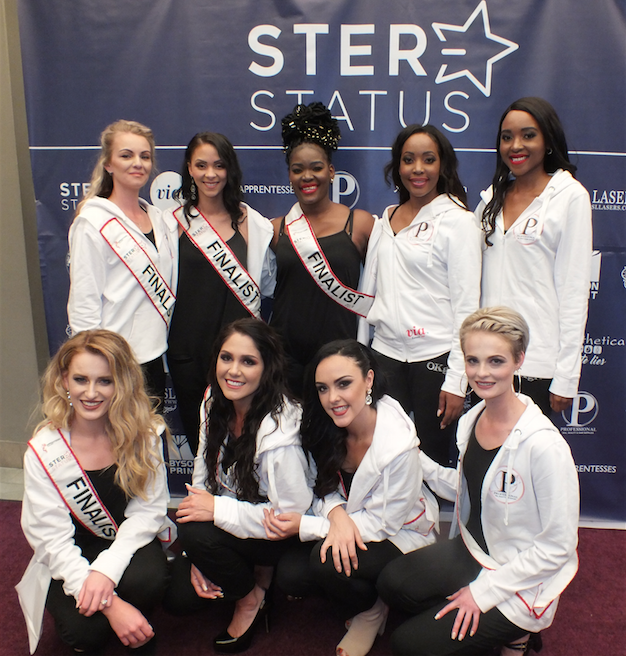 If you were a fan of Apprentesses SA’s reality show, STER-STATUS, on VIA (DStv channel 147) last year and want to be a part of this year’s action, now is your chance… but you have to hurry, because entries close on 28 February 2020!

Last year’s twelve finalists had to work their way through workshops, training sessions and various challenges, before Jaenette Jacobs of Pretoria was finally crowned as the winner… and she has not looked back since!

“Being on STER-STATUS taught me a lot about myself and to look at other people differently. It made me realize that you should never give up on your dreams and that you will reap the benefits of what you sow,” shares the beautiful brunette, who has already been cast in three music videos, including Snotkop and Ricus Nel’s popular hit Boerepompie, starred in her first television commercial for Paintmaster, spent time on the set of Getroud Met Rugby and has been selected as a brand ambassador for Wildebees clothing since winning the show.

Some of the other contestants who have also had great success include Theresho Makwiya who is now the face of Landine Professional; Jean-Marie Viljoen and Michélle Mostert who have also recently starred in music videos; and Natalene Makhubo, who landed a lash course at Flirt Lash & Beauty.

Jaenette will also be hosting the next season and is thrilled about this unique opportunity. “I feel privileged to be part of the next season and am looking forward to this exciting chapter in my career. It not only provides me with the chance to broaden my knowledge of the industry, but also to prepare for similar work opportunities in the future,” she says.

According to Tarien Cronjé, founder and executive director of Apprentesses SA, this year’s program promises to be even bigger and better than it was in 2019. “Due to the success of last year’s production, we are proud to announce that the show has now grown from six episodes to thirteen episodes! As a result, we added a raceway challenge and will also be shooting a short film, to challenge the participants and the industry and make things even more exciting,” Tarien explains.

“It has been amazing to grow our concept idea into a television series. I really look forward to empowering more ladies and to make them see their own worth, so they can have a positive influence on their communities. We are excited about the future of the platform and the new opportunities that we will be able to offer the finalists.”

2020’s winner (2021’s presenter) will, of course, be spoiled with everything she may need during her reign, such as skin care products, skin treatments from Aesthetics, hair care from Dimension Hair, hair products from Sexy, treatments at Flirt Lash & Beauty, dresses from Kyna Consili, dental care from The Dental Spa, sleepwear from OKgrl Fashion, makeup from Frisk Makeup, exercise packages, Wildebees clothing and more. She will also get the opportunity to attend functions – where she will be able to network with role players in the entertainment industry, feature in music videos, be the topic of magazine articles and have a photo shoot in New York.

As usual, several celebrities (David Konrad, Pamela Niemand, David Nelson, Octavia Ephraim, Marilize Coetzee Photography, Elsubie Verlinden) will be sharing their knowledge of the industry during the show and three schools will also be benefiting from the vegetable garden charity project, which will be launched in association with Starke Ayres.

The winner will be announced in September during a prestigious red carpet gala event. “This year we are having a show premiere to introduce the program to the media and we are also in the process of writing our own song, which is very exciting,” Tarien adds. “Innovative Trophies & Silverware is also creating unique trophies for the platform and we will be giving a car away to one lucky viewer!”

You have the power to change your life and to become the person you aspire to be. All you have to do, is take a chance!

“If you decide to participate, learn to focus on the things that are really important. Stay true to yourself and believe in your own potential. Work hard, and know that this is not a beauty title, but a working title,” Jaenette adds.