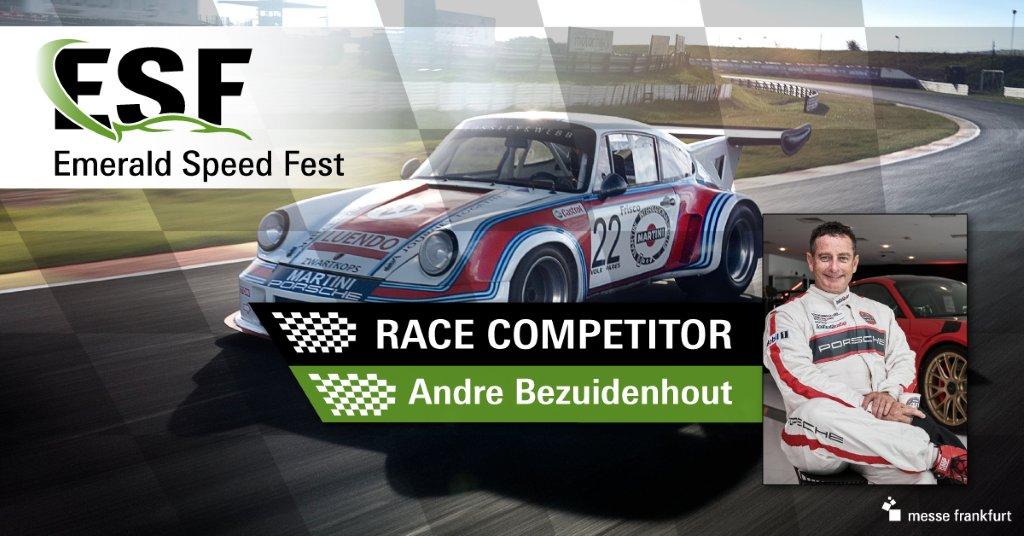 Brian Joss – The Emerald Resort and Casino near the Vaal River will come alive with roaring action from 28 February – 1 March with everyone patiently waiting to find out who will take home the inaugural Master of the Mile Championship Trophy.

This race features heavy weight contenders, Franco Scribante and André Bezuidenhout, who each has won the Knysna King of the Hill on three occasions. Franco says: “We’ve been waiting for an event like this to take place in Gauteng for a long time. I’m excited about the challenge, because it’s an even playing field as none of us has raced on this high downforce circuit before”.  Scribante will take on the 1.6-kilometer custom-built track with his Nissan GTR 35. His Team Perfect Circle co-driver, André Bezuidenhout, entered his Martini Porsche RSR in the Historic racing category and said: “The organizers of this event have gone out of their way to attract a quality field and all the competitors are really looking forward to show their skills and equipment. I predict that the event will go from strength to strength.”  Other exciting contenders to keep your eye on is Reghard Roets, Wilhelm Baard and previous Mobil 1 V8 Super Car Champion, Franco Di Matteo. These are just some of the 80 plus competitors who will bring roaring power to the Vaal this weekend.

So much more than just racing!

The Speed Fest promises to be a fun-filled day for the whole family, with five racing classes to thrill the motorsport fanatics: Historic cars, Road Performance and Supercars, Modified Saloon Cars, Sports Cars and the much-anticipated Master of the Mile Championship.

Visitors can also expect classic car displays, lifestyle retail exhibitors, live music and a beer garden to keep visitors entertained in between the racing action. Or relax and rest your legs whilst watching the race on big screens so you never miss a second of the action on the race track.

Get up close and personal with the competitors in the pit area which is open to the public across all three days to bring cars and drivers closer to race fans. Enthusiasts will have the opportunity to observe race contenders execute aerodynamic changes, heating, changing and pressure testing of tyres, as well as suspension set-ups done on their race cars.

Vehicles expected at the Car Clubs area will vary from very old to very exotic cars, as well as, racing cars on local tracks. A variety of car clubs will have some of their beauties on display including Vaal Old Wheels Club, Inex Legends Club and SA Car Clubs Magazine.

Vaal Old Wheels Club will showcase a theme variety of cars from each decade starting from the 1920’s up to a car in the 1970’s. Inex Legends Club will have some of their amazing looking little Legends on display, while SA Car Clubs Magazine will also have a few golden oldies such as a stunning 1991 BMW M3 on show.

The five racing classes are: Historic Cars, historic racing is one of the fastest growing and most popular forms of motorsport world-wide. The values of original classics have increased dramatically, and many competitors are building recreations of iconic race cars. Race competitors will complete in three classes of overall honours; Road Performance and Supercar is the largest class at ESF. Race competitors in this class range from 4-cylinder saloon cars to V8 Supercars; Modified Saloon Cars: the winner of the Master of the Mile (fastest recorded time) will most likely come from this category. This class allows for unlimited specials. Cars built specifically to race in this type of motorsport event; and Sports Cars: thiscategory has

3 classes catering for purpose-built Sports Cars and has  some of the loudest, fastest and most spectacular cars competing.

Tickets range from R20 – R135 and are on sale at https://tickets.computicket.com/event/emerald_speed_fest/7098320 and at the gate on the day.

CAPTION: Contender: André Bezuidenhout will take on challenge of the Master of the Mile. Picture: Quickpic