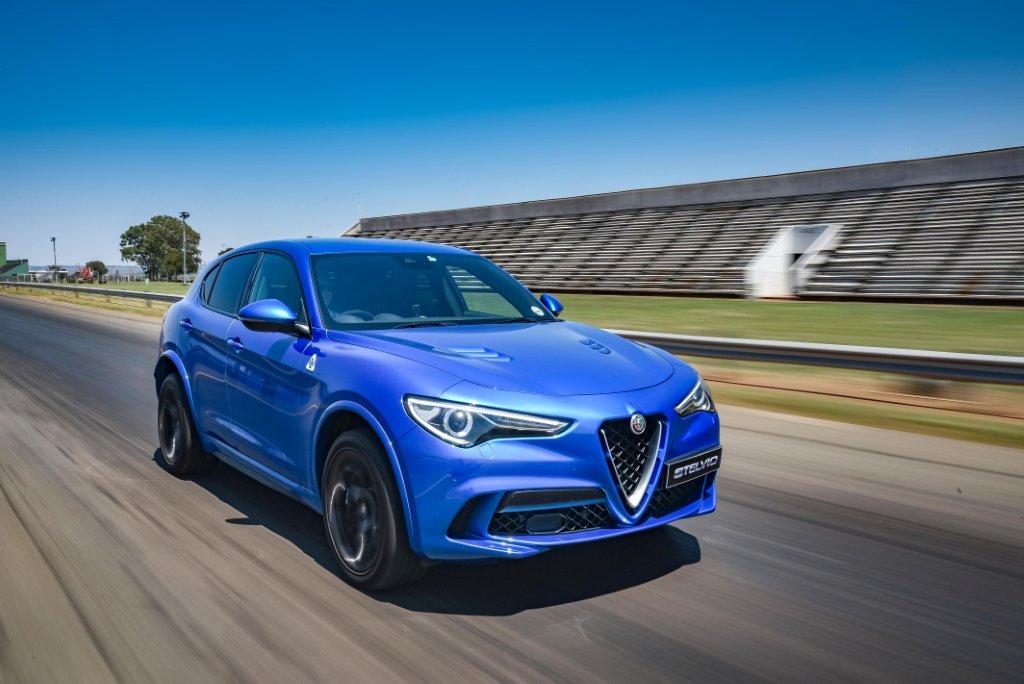 Brian Joss – Alfa Romeo and Jeep will be taking its fastest cars to the Emerald Speed Fest from 28 February to 1 March. The inaugural event takes place at the Emerald Resort and Casino in Vanderbijlpark along a custom-made 1.6km track where high-performance, modern, historic and supercars will compete.

In its 110th anniversary year, Alfa Romeo will storm the adrenaline-filled event with its supercar disguised as a SUV. The Alfa Romeo Stelvio Q may surprise many, proudly wearing the brands Quadrifoglio, reserved solely for its fastest performance models. It’s the fastest SUV around the Nurburgring, which will stand it in good stead for the storm up the Emerald Speed Fest track.

The Stelvio Q’s innovative Q4 all-wheel drive system usually puts all 375kW available straight to the rear wheels, but when the limits are approached and traction requires it, the drivetrain can spread 50% of the drive to the front wheels as well. Off the line in Race mode, the Stelvio Q will reach 100km/h in 3.8 seconds and change gears in 150 milliseconds – all valuable time in the sprint to the finish.

Taming the beast will be seasoned Alfa Romeo endurance driver, Bradley Scorer, who is no stranger to powerful Alfas. He will also be driving the Mopar Endurance Championship-winning Alfa Romeo Giulietta. The highly-developed racer is based on Alfa Romeo’s Giulietta QV, powered by the acclaimed 1750 Turbo Petrol mated to a sequential gearbox, amongst other significant suspension and aerodynamic upgrades. In no mean feat of reliability and performance, the Giulietta took a clean sweep of class victories in 2018 to win the prestigious Index of Performance championship and will make a spectacular sight on the challenging Emerald Speed Fest track.

Packing a completely different punch, Jeep’s Grand Cherokee Trackhawk might have you guessing muscle car when you hear it off the line without realising its statuesque 4×4 drag. At 522kW, it’s the most powerful production SUV in the world, providing a great opportunity to be mastered by one of South Africa’s shining motorsport lights. International young-gun and Sauber Motorsport team member, Stuart White from Bloemfontein, will put the Trackhawk’s standard Launch Control to the test off the line in the race to become the “Master of the Mile”.