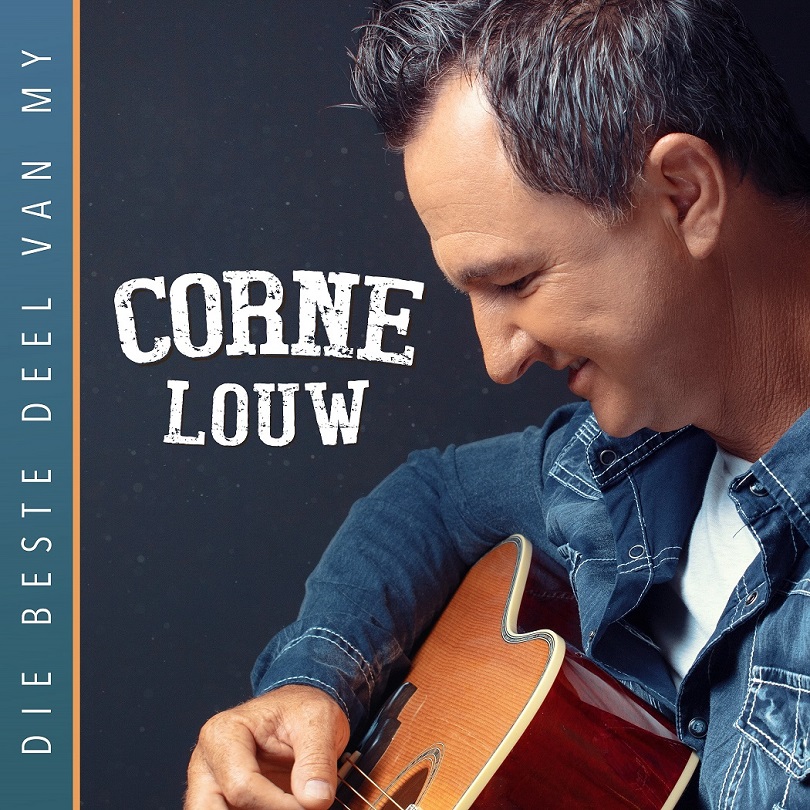 “The song is about a person who is at a low point in his life. Then someone comes along and helps him to get back on his feet,” Corne Louw explains about the meaning behind his third single, that will hit radio stations nationwide today, 27 February 2020.

DIE BESTE DEEL VAN MY, which he wrote with Hugo Ludik and Vaughan Gardiner, is an inspiring contemporary pop track that perfectly captures the excitement and hope that comes with true love.

“I came up with the idea for the chorus while I was busy recording my album in studio. The rest followed from there,” the musician explains. “There are many people who are going through tough times, but it only takes one special person to step in and take away your pain.”

DIE BESTE DEEL VAN MY follows in the successful footsteps of his previous singles, Date Night (with a music video produced by Fathom Media) and Maak of Breek, of which the latter is currently in the #3 position on the Bok Radio Top20.  The tracks are all available on his debut album (Date Night) that was released in 2019.

The CD boasts thirteen upbeat tracks that are easy to listen to and were created in the modern Country Pop style that he is known for. According to the artist, the album was inspired by his wife, kids and everyday events that tell a story.

Corne lives in Langebaan in the Western Cape and has mastered the art of captivating audiences with his versatility and charming stage presence. He comes from a musical family, believes that he was born to perform and still plays guitar with his dad sometimes.

Since launching his music career in 2004, he has performed at various festivals like the KKNK and Robertson’s Wacky Wine Festival, venues such as Route 66 and Ocean Basket and functions.

When he is not writing songs or performing, he also enjoys collecting guitars and admits that he would have loved to be an architect or engineer if music did not work out for him. “I absolutely adore guitars, even if I am not the best guitarist, and have an impressive collection of Gibsons and Fenders,” he shares with a twinkle in his eye.

Currently, this versatile artist is also busy creating content for an English Country album, which he would like to start recording later this year. He is also working on material for the live performances that he has scheduled for 2020.

DIE BESTE DEEL VAN MY boasts a catchy tune and meaningful lyrics, which appeal to audiences of all ages and perfectly complements his impressive vocals. With each new song that Corne Louw releases, he not only gains more fans, but also strengthens his place in the local music industry.