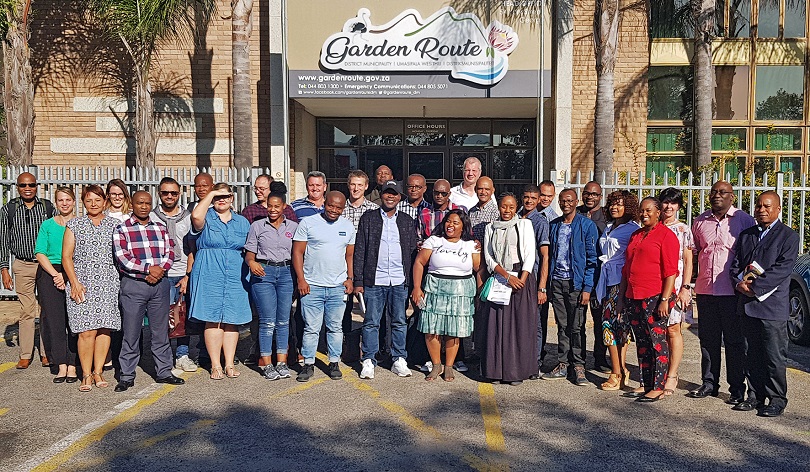 George was identified as one of the ideal cities to implement the pilot project (the other two cities are Port Alfred and Potchefstroom). George is also the host of the training workshop for all three cities and a number of international University partners, during which 45 participants are being trained for 5 days, ending 28 February 2020. After the training, each city will implement CityRAP, which will be a 3-4 months process.

The main objectives of CityRAP are to develop local, national and sub-regional capacities for reducing vulnerability and building resilience of communities to natural and other hazards by making use of a participatory approach. According to Mr Gerhard Otto, Garden Route District Municipality Manager: Disaster Management, who is attending the training this week, he sees “CityRAP as an enabling tool, which puts us in the driver’s seat of urban resilience planning to ensure capacity retention and use”.

Over the past 5 years, CityRAP has already been conducted in 31 locations in 11 African countries.

Through the successful implementation and training of this tool, city managers and municipal technicians will be able to roll-out participatory urban resilience planning. It comes at a time when the District Coordination Service Delivery Model (DCSDM) has become a talking point among Local Governments. The DCSDM is expected to narrow the distance between citizens and municipal/ district authorities, an approach complemented by CityRAP in terms of participatory governance, which will give rise to active participation by communities in development, and enable long-term planning as well as responses to immediate “burning” issues.

Stakeholders from the following organisations are in attendance:

This workshop is being implemented in the context of the project, “Building Sustainable Urban Resilience in Southern Africa”, which was funded by the World Bank as part of the ACP-EU NDRR Program, with the support of the European Commission Directorate-General Humanitarian Aid and Civil Protection (ECHO).

Caption: The group of representatives from 20 institutions from Sub-Saharan Africa, some from as far as Madagascar, Comoros, Tanzania and Kenya, are currently attending training at Garden Route District Municipality’s Head Office in George.