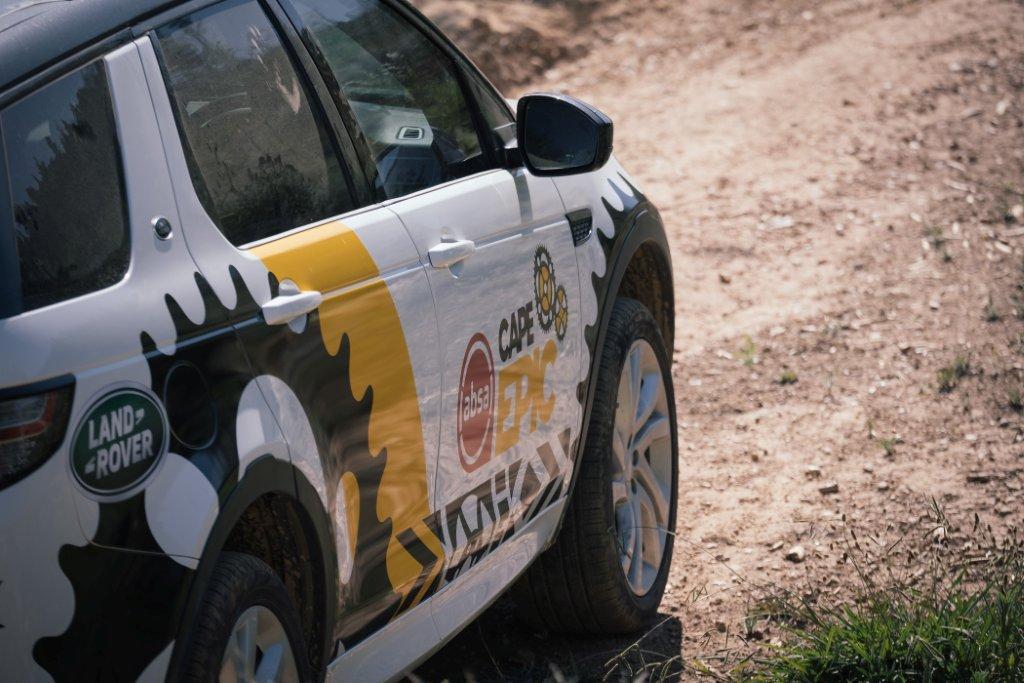 Brian Joss – A full eighteen months before the first pedal is turned at any Absa Cape Epic, event organisers have already begun preparation and route development for a mountain bike race set to take place a year and a half later.

Land Rover vehicles play a vital role in the behind the scenes groundwork that goes into one of the toughest bike races on the planet.

Land Rover has been the Official Vehicle and Route Partner for the Epic for the past six years and in that time thousands of kilometres of challenging Cape hinterland have been covered in search of the terrain needed to put on the premier mountain bike stage race on the global calendar.

This year’s race will put riders to the test for 647km with 15,550m of climbing, and few vehicles have the ability to access the remote Western Cape areas organisers explored in the lead up to the eight-day race. The fleet of Land Rover Discovery and Discovery Sports have made scouting these terrains possible.

Aside from pre-race route exploration and development,  Cape Epic organisers also use Land Rovers for operations at the event itself.

Marc Erasmus, Absa Cape Epic sponsorship account manager, said: “Land Rovers form an integral part of the event hospitality experience where they are used to host sponsors on the unique Route Tour programme. We use them to access remote areas to gain exclusive viewing opportunities of the riders along the difficult to follow route.

“The Epic is an eight-day race, so daily operations such as identifying water points, marshal and medic placements and police and traffic liaisons all rely on Land Rover capability to happen as part of each day’s route recce. Getting stuck en route to a water point before over 1,300 riders take to the trail is not an option.”

Tina Pienaar-Smit, PR and sponsorship specialist, Land Rover South Africa, said: “The mountain biking lifestyle is one that Land Rover aligns closely with. There’s a sense of adventure associated with trekking into the bush, whether on two wheels or four, and Land Rover is proud to enable both.

“Land Rover’s partnership with the Absa Cape Epic is an ideal platform to show what our vehicles can do, and we’re thrilled that the unmatched off-road capabilities have helped make this event what it is in such a genuine way.”

The 2020 Absa Cape Epic races off with a prologue on 15 March at the University of Cape Town and wrap up eight days later in Val de Vie. Follow the 12-strong Land Rover team on social media using the #UnstoppableSpirit hashtag @LandRoverZA.