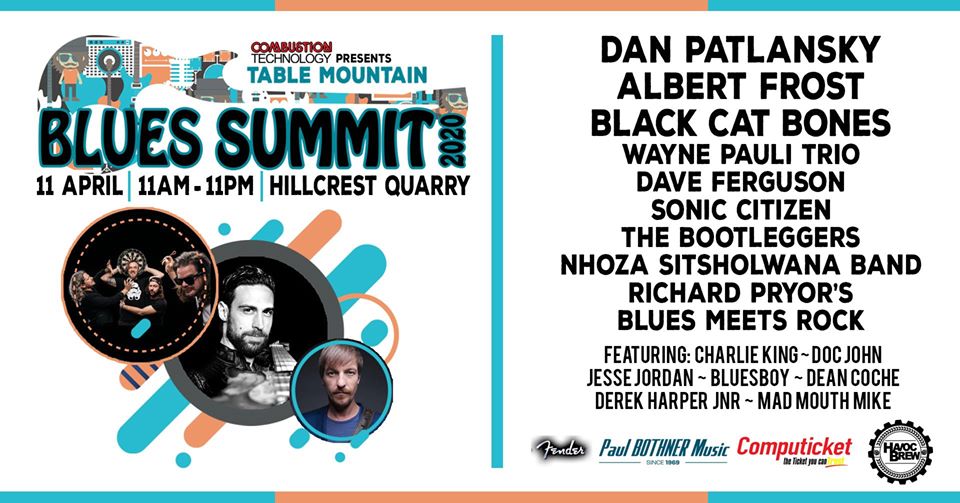 Catch some of South Africa`s finest blues acts at the wonderful outdoor setting at Hillcrest Quarry in Durbanville. Headliner Dan Patlansky was rated by Total Guitar Magazine as the #4 of 10 Best Guitarists in the World. This SA gem of a legend shared a stage with Bruce Springsteen in 2014, toured with Joe Satriani 2015, and one of the highlights of his career was being invited to play for the worldwide Fender annual conference in Holland in 2019. He is also the only artist in the world with two number 1 Best Blues Rock albums to his name, as voted by Blues Rock Review USA. Patlansky says that he is looking forward to performing for a Cape Town crowd again. “I will be touring a lot more over the next few months and my new album will be released later this year.”

Richard Pryor, well-known for his regular brilliant shows in Cape Town and surrounds, is putting together the Blues Meets Rock feature for the day. Asked why he loves the blues, he answers: “Aaaah man. What’s not to love? The chameleon of all genres. It can growl it can purr it can hurt it can kiss it can do whatever the hell it wants to do.” The Richard Pryor band plays regular shows and cover everything from mellow Blues to Full on Classic Rock. Pryor says: “So this year at the Summit I wanted to highlight some of the musicians that have been a part of this project over the last year and take the audience on a rollercoaster Blues Rock Journey. We will have Jesse Jordan, Dr John and Dean “Zeppelin” Coche on vocals, Morne Toua on keyboards, Rob Stemmett on bass, Steph Nortje on drums, Mark Fransman on sax and myself on guitar.” To sum up his love for Rock music too, Pryor says: “So then Blues had a Baby and they called it Rock. It made a lot more noise!”

Add to that the phenomenal Albert Frost, the wild and wonderful Black Cat Bones, and the rest of the extraordinarily talented line-up: Wayne Paul Trio, Dave Ferguson, Sonic Citizen, The Bootleggers and Nhoza Sitsholwana Band-  and the day is set to be one for the books!

Get your Tickets at Computicket: R240 and kids under 12 free / Camping tickets: R265

Note: there are only 300 camping tickets available.