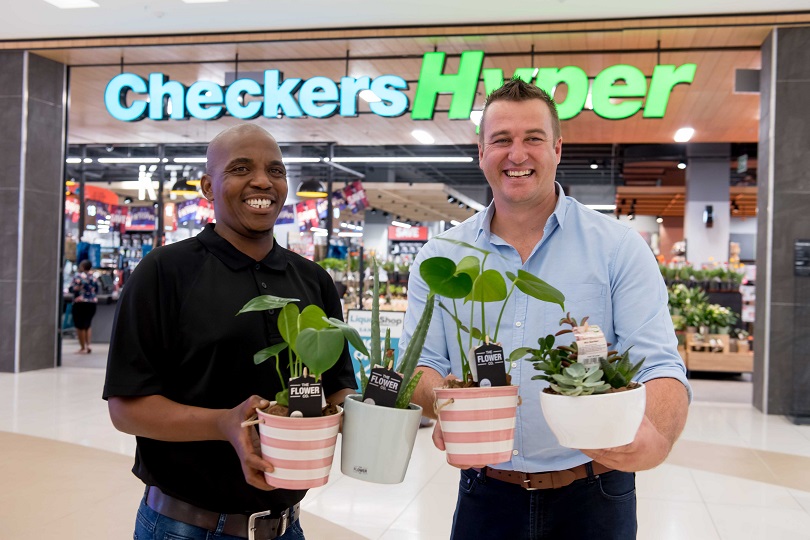 Johan van Zyl, the owner of Fado Art, and his small team were planting succulents into ceramic pots in a rented garage in Bronkhorstspruit when he received a phone call that changed their fortunes.

The caller was Willem Hunlun, Chief Operations Officer of Checkers, who at that time (2015) served as the Divisional Manager for Checkers KwaZulu-Natal. Hunlun invited Van Zyl to pitch for a contract to supply Checkers after he saw Fado Art products at a local supermarket in Richard’s Bay.

Whilst preparing for the pitch, Van Zyl visited his local Checkers and found that the plants were not displayed on a stand. So he built a stand, loaded it onto his bakkie’s roof, filled the cab with plants and together with Godfrey Masemola, a general worker who would eventually become his right-hand man, headed to Durban.

The meeting went well and Van Zyl was confident of their success until Hunlun called to inform him that the fertiliser Van Zyl had given him, had killed Hunlun’s home plants. “I thought that was definitely the end of the road for us, but we were given a 3-month contract to supply to 20 Checkers supermarkets in KwaZulu-Natal,” explains Van Zyl, adding that Hunlun didn’t realise the fertiliser had to be diluted before use.

In 2016 they won the Gauteng contract and before long were supplying to the 250+ Checkers and Checkers Hyper stores across South Africa. In addition to beautifully potted succulents, Fadu Art expanded their range to include flowering and green plants presented in a novel, aesthetically pleasing way.

Checkers is Fado Art’s biggest client, accounting for 80% of its business. Since signing with the retailer, the company’s annual turnover increased by 670%. In 2015 Van Zyl’s bakkie was sufficient for deliveries, but now 12 vehicles, which includes two trucks, make deliveries across South Africa. His staff complement increased from two to 50.

“With such phenomenal growth in a short time, our business faced many challenges, but Checkers was there supporting us every step of the way. I’m very grateful to Willem and his team for giving us the gap and believing in us,” says Van Zyl.

One whose life was totally transformed by Fado Art’s success is Masemola, who accompanied Van Zyl when they first pitched for the Checkers business. As a general worker he did odd jobs in and around the garage where they first started, but today he manages Fado Art’s delivery fleet and is responsible for new business development.

“Godfrey has made the most of every opportunity presented to him during Fado Art’s rapid growth and knows the business as well as I do,” explains Van Zyl.

Masemola feels blessed and says he will never forget that he started at the bottom and through hard work and perseverance attained the position he currently holds. “I’ve always loved gardening, so when I heard about Fado Art, I asked Johan for a job. I never imagined it would work out this well for me. I’ve moved from living in a shack to building my own 3-bedroomed house with a garden that I tend myself. I also provide for my wife and son as well as my mother, who lives in Kwamhlanga in Mpumalanga, and from whom I get my love for gardening,” comments Masemelo.

Johan van Zyl and Godfrey Masemola from Fado Art outside the Checkers Hyper in Sandton.