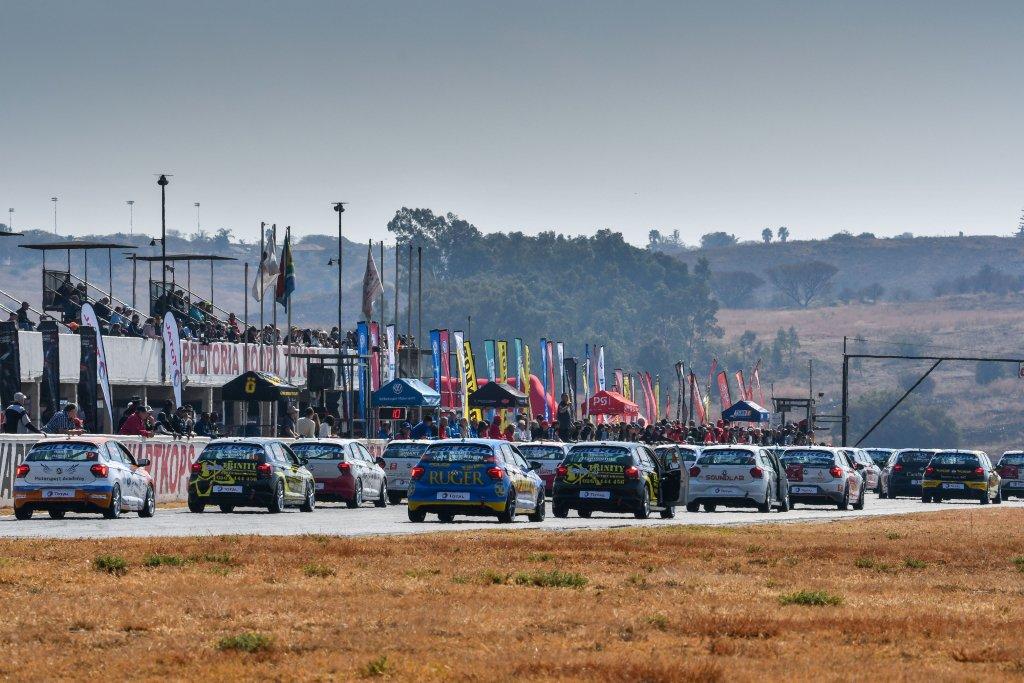 Brian Joss – South Africa’s most successful racing series will commence for the 24th consecutive season when 25 Volkswagen Polo GTI’s line up on the starting grid of the Zwartkops Raceway on Saturday, 14 March.

Although much of the series’ successful ingredients will remain the same for 2020, a number of things have also changed, such as the name of the title sponsor.

“The world-renowned Volkswagen tuning company, Oettinger is officially launching in South Africa and that they will be joining the series as the headline sponsor,” commented Mike Rowe, head of Volkswagen Motorsport. The eight-round series will, therefore, be known as the Oettinger Polo Cup.

“For us, it was the perfect fit to get involved with the country’s most competitive racing series which happen to consist of 25 Volkswagen Polo GTI’s and we hope that by us and Volkswagen joining forces, the Oettinger Polo Cup will continue to go from strength to strength,” added Pretorius.

The 2019 title sponsor, Falken Tyres will continue to support the series as the official tyre partners and all competing Volkswagen Polos will be shod with Falken’s slick racing rubber. “We are excited to continue our mutually beneficial relationship with the Oetttinger Polo Cup in 2020,” said Riaz Haffejee, CEO of Sumitomo Rubber SA (Sumitomo Dunlop), the company responsible for the Falken Tyre brand in South Africa. “The series provides us with the perfect platform to showcase these quality products and we expect to see more of the same this season.”

All competing Volkswagen Polo GTI’s will not only be sporting identical rubber, but they will also be powered by the same fuel courtesy of Total and its Excellium brand. “Motorsport is all about creating a winning image, but it also provides an opportunity for real-world testing. To see so many high performance Volkswagen Polos performing at their peak is exactly what we want to see at Total and we’ll continue to follow the series with great interest in 2020,” said Sanjeev Sheosanker, Retail Fuels Sales Manager at Total SA. Stopping power for the field of Volkswagen Polos will once again be provided by Ferodo who continue their long-lasting relationship with the series.

The talents of 25 of the country’s best up-and-coming racing drivers will be on display alongside the products of all the sponsors involved when the lights go green to signal the start of the 2020 Oettinger Polo Cup on March 14. “The Oettinger Polo Cup is extremely competitive where fractions of a second could mean the difference between winning and losing,” continued Rowe. “In such an environment, it is crucial that all the elements that make up a race car work seamlessly together. With that as a backdrop, we are delighted that quality brands such as Oettinger, Falken and Total choose to partner with Volkswagen to showcase their products and brands. It will also no doubt ensure that each round of the Oettinger Polo Cup remains to be a highlight on the racing calendar, starting with Zwartkops on 14 March 2020,” he concluded.