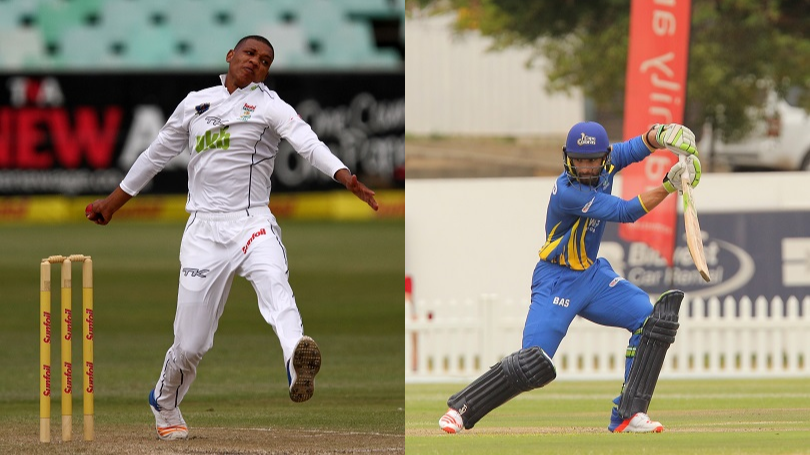 The Recreation Ground in Oudtshoorn will be the venue for the second time this season for the Cobras Momentum One Day Cup fixture against the VKB Knights. 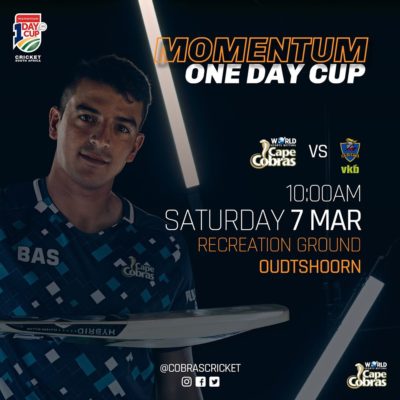 The Cobras who were victorious in both their previous one-day outings at the REC (beat the Warriors by 78 runs in December 2017), defeating the Lions by 21 runs in February 2019 and recently outplayed the Warriors last month with a 31 runs victory.

Ashwell Prince and his men be keen to improve on their campaign as they will be able to field several international players include the likes of Zubair Hamza, Pieter Malan, George Linde and Dane Paterson. SWD’s spinner, Tsepo Ndwandwa, received a call-up to the Cobras squad and it will be likely that he be included in the Cobras starting eleven.

The VKB Knights, who will be full of confidence after an emphatic 6 wicket victory against the Multiply Titans in Kimberley on Sunday when they chased down 309 runs thanks to a brilliant unbeaten half century by Andries Gous (163* from 145 balls). The Knights will also have hard-hitting batsmen like Patrick Kruger and Pite van Biljon in their midst. A former SWD product, Otneil Baartman forms part of the Knights squad will make a return to his home ground.

Tickets for the match are on sale at the SWD Cricket offices at the REC Ground in Oudtshoorn and on match day at the gates.  Extra parking will be available at the area next to the Municipal offices on the eastern side of the REC Ground.