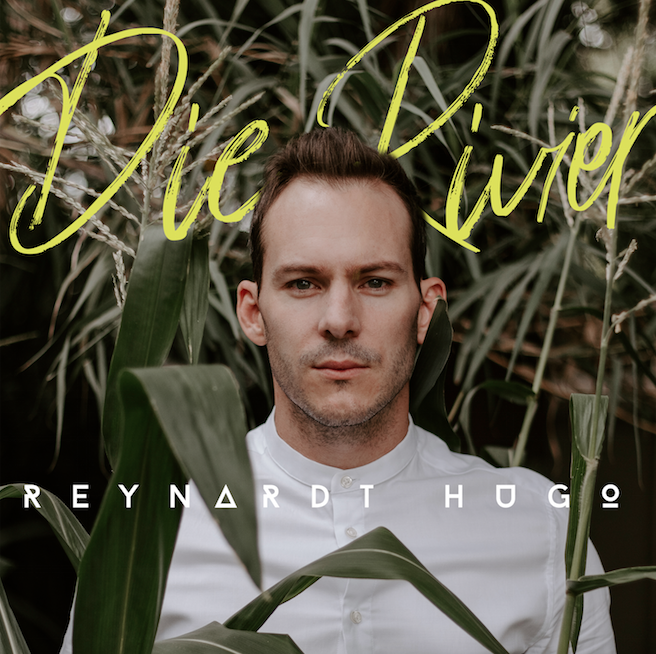 Reynardt Hugo is one of South Africa’s favourite entertainers. He is best-known for his role as Dr Tertius Jonker on the popular kykNET soap opera, Binnelanders, and was a founding member of the acclaimed boy band, ADAM.

Now this versatile star is on the brink of a brand new and exciting chapter in his music career, with the release of his debut single as a solo artist, DIE RIVIER, which is already spreading on social media like wildfire.

This inspirational pop song, which he wrote with Abel Knobel and Sean Butler, is very personal to him because his own life served as inspiration for the lyrics.

I have been walking around with the title in my head for a long time,” he shares. “It’s about how the Lord saved me. About how I had to forgive myself for the things that I had done in the past, and about the people I had to leave behind because of their bad influence on my life. God’s grace is enough and I will do everything in my power to live in the light and not the dark.”

Because it is not what you expect, DIE RIVIER immediately captures your attention when hearing it for the first time. It is also one of those songs that invites you to sing along and makes you feel motivated. According to Reynardt, it will appeal to all ages because it can mean different things to different people.

“The song addresses various themes, but the main message is there is someone that can help you to heal and leave the past behind. It is about the Lord’s mercy and how He washes away all of your mistakes,” he explains. “There are many people who are suffering, but do not know how to ask for help. I hope this song will teach listeners to respect themselves and those around them, because life is about more than just sex, drugs and rock ’n roll.”

The music video for the single will be released on 13 March 2020.

Reynardt is a popular South African actor, musician, songwriter, motivational speaker and writer. He has been working in the entertainment industry since 2008. In 2010, he co-founded the award-winning boy band, ADAM, with Hugo Ludik. Over the years, this popular group won numerous awards, performed at various music festivals and delivered various radio hits, like Liefde Soldaat, Kasteel, Hoogtevrees, Sê My, Iets In Die Water and more. Unfortunately the group split up at the end of 2019, after which the artist decided to pursue his solo music career.

Reynardt was born in Durban, but matriculated atHoërskool Zwartkop in Centurion. Although he has always loved music, he only discovered that he could sing at the age of seventeen. He also only decided to become an actor after school and studied BA Drama at the University of Pretoria. After completing his degree, he landed a role in Binnelanders.

Over the years he has been part of several successful theatre and stage productions including Houtkruis, acted as master of ceremonies at various functions and starred in films such as Pretville and Vuil Wasgoed. As part of ADAM, he released six successful albums, won several Ghoema, Huisgenoot Tempo and SAMA music awards and even had the opportunity to open for the international group, Air Supply.

He describes himself as a laidback animal and coffee lover who enjoys spending time with the woman in his life and their dogs. He also enjoys gardening, exercising and playing touch rugby with his friends.

Coenie de Villiers, Hans Strydom, David Minnaar, Michelle Botes and Ben Kruger are credited as his biggest local role models in the entertainment industry, while Leonardo DiCaprio, Ricky Gervais, Queen and Justin Bieber have been an inspiration on international front.

In addition to tying the knot with his long-time girlfriend – An-Maré Roothman – soon, he is also busy writing a book about his life, which will be published by NB Publishers. He is also working hard on material for his solo performances. In July 2020 he will also be playing the lead, alongside Leah, in the stage production of Doringrosie at the South African State Theatre.

The entertainment industry has taught Reynardt Hugo to stay grounded and that hard work and patience will be rewarded. DIE RIVIER is a beautiful teaser of what can be expected from this talented man in the future and is the perfect way to kick off this brand new season in his life.