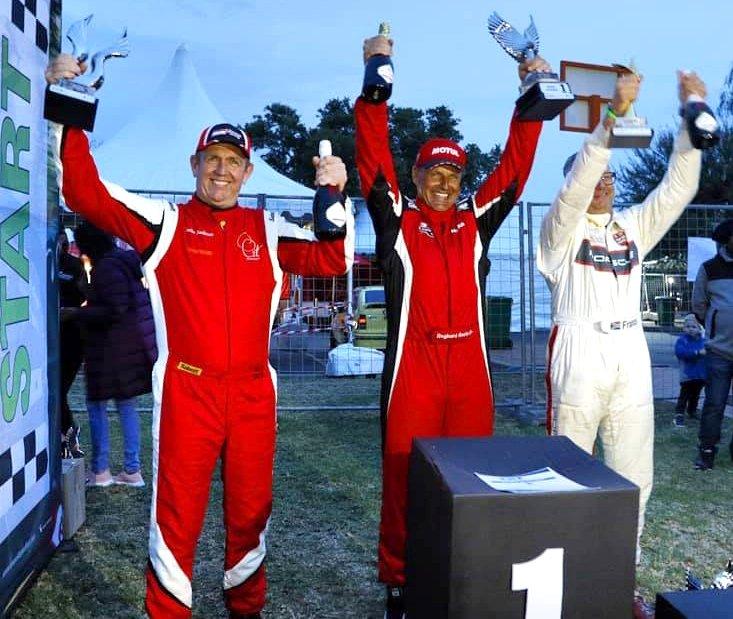 Brian Joss – The Emerald Speed Fest record has been set by Reghard Roets who claimed bragging rights with an outright victory of 33.869 seconds. Reghard says he is still in shock.

When asked about the custom-built track, his only comment was, “it’s a driver’s track with no margin for error”. He thoroughly enjoyed its challenges and looks forward to defending his title in 2021, but first he is super excited to enjoy the 1st place prize of a 5-night stay at Caesars Palace in Las Vegas.

The three days of motoring action saw over 5300 spectators through the gates of the Emerald Resort and Casino and welcomed 71 race competitors to the 1.6km racetrack at the Vaal resort.

Pieter Zeelie who took second place in the Master of the Mile, says “fast, daunting, and exciting. This promises to be a super event on the calendar in ensuing years.”

This put Franco on the backfoot slightly having to race the Sherriff – his Nissan GTR 35 hill climb special as a 2-wheel drive instead of a 4-wheel drive as meant to run.

“We are overwhelmed with the amount of positive feedback we are receiving from visitors and competitors after this first-edition event. It certainly was a memorable weekend and we look forward to an even bigger and better ESF in 2021. I would also like to thank Emerald Resort and Casino and our partners who trusted us to deliver an event of this caliber,” says Joshua Low, Managing Director of Messe Frankfurt South Africa.

Day 1 and 2 of this motorsport extravaganza, consisted of qualifying shootouts from drivers in each category. Spectators were spoilt with action by Franco Scribante in his record-breaking Nissan GTR, which hit a top speed of 302 km/h on the racetrack.

Day 3 was filled with action and the Harley Davidson Parade done by Harley Davidson Dealership and Owners Group of Gold Rand created even more excitement on the racetrack. The cool temperature on the day was welcomed by the drivers who pushed hard to claim their top spots. It was an expeditious race day, that kept spectators on the edge of their seats as the event culminated to the nail-biting Master of the Mile shootout – the perfect ending to an adrenaline filled weekend of racing, the organisers said.