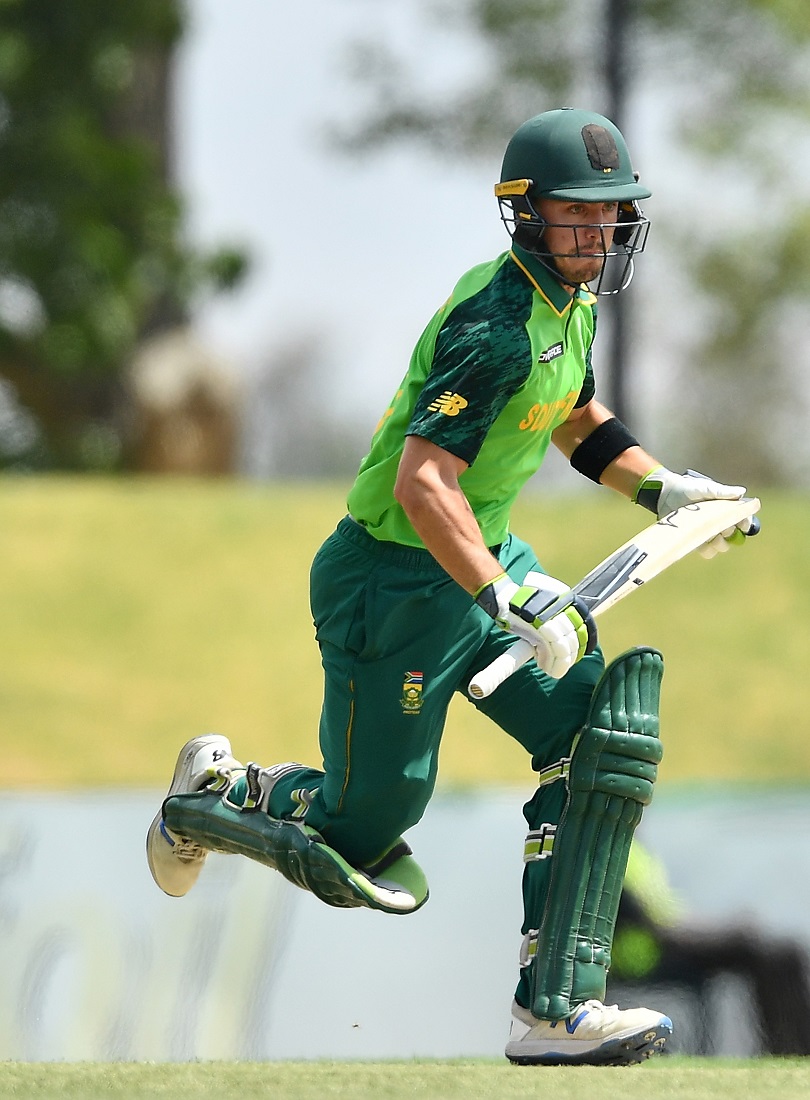 The Cricket South Africa provincial three-day match between the Northern Cape and SWD that was contested at the Diamond Oval in Oudtshoorn during the past weekend ended in a draw.

SWD (336 all out) had a slight advantage on the first innings with a lead of 42 in reply to the home side’s total of 298 which included a century by Obus Pienaar (102) who was involved in a second-wicket stand of 174 with Ernst Kemm (76).  For SWD Jean du Plessis (88) and Kirwin Christoffels (39) put together an opening stand of 93.

Jean du Plessis of South Africa during the ODI Warm Up match between SA Invitation XI and England at Eurolux Boland Park on January 31, 2020 in Paarl, South Africa. (Photo by Ashley Vlotman/Gallo Images)