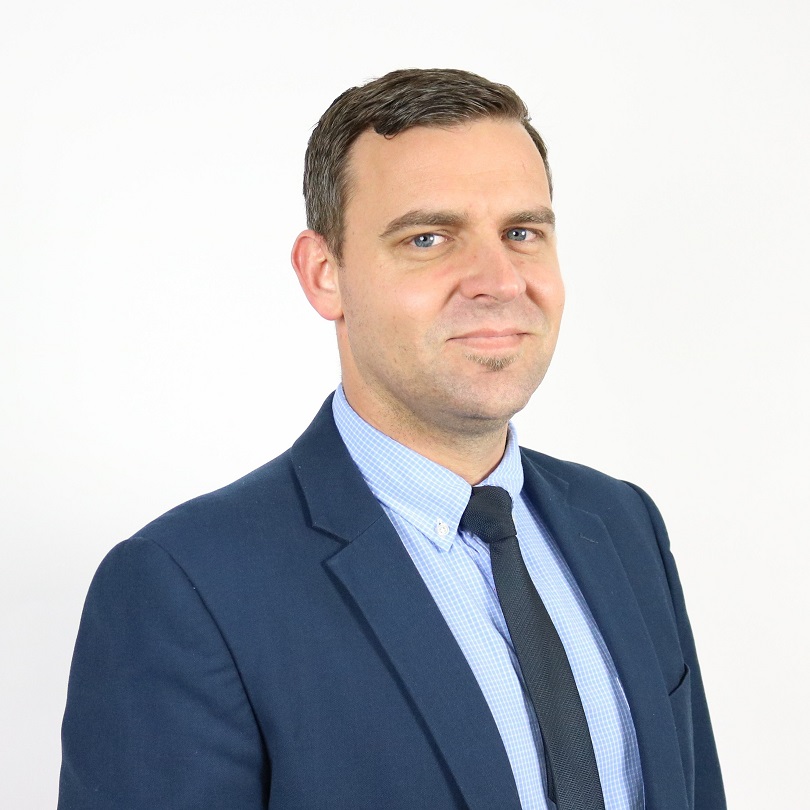 11 March 2020: In his recent Budget Speech, Minister Mboweni proposed tax legislative amendments affecting the use of assessed losses. But what are the practical implications of these proposed amendments for taxpayers?

Where a South African taxpayer’s tax-deductible expenses and allowances exceed their income, an assessed loss is created. Our Income Tax Act allows for the off-setting of assessed losses against future taxable income. The carry-forward period of such an assessed loss is indefinite, provided that the taxpayer continues to conduct a trade in each subsequent year of assessment. This is a generous regime when compared to other African jurisdictions, a number of which limit the carry-forward of assessed losses to a fixed number of years (e.g. 9 years in Kenya). Currently the law in SA states that; where a taxpayer is found not to be trading in a year of assessment, any assessed loss which that taxpayer may have created will permanently be lost.

In his Budget Speech, Minister Mboweni has proposed to limit the offsetting of such assessed losses carried forward, to 80% of taxable income. This change is intended to take effect for years of assessment commencing on or after 1 January 2021.

However, it is unclear from the proposal whether the disallowed portion of the assessed loss can be carried forward to subsequent years of assessment. One would expect this to be the case as – in our view – to impose a permanent disallowance of the portion of assessed loss equal to the remaining 20% of taxable income would be overly harsh, especially in South Africa’s current economic climate.

The practical implication of this proposal is that a taxpayer with assessed losses (therefore likely operating under financial constraints), may still have to foot a tax bill, even where that taxpayer’s taxable income is less than its cumulative assessed losses.

This is of particular relevance to industries that are very capital-intensive in their first few years (for example, renewable energy). Given the nature of their business, these types of taxpayers generally create significant assessed losses in their first three to five years of existence, due to accelerated capital allowances, construction and funding costs. These losses are then utilised over a number of years, once the renewable assets begin producing electricity for sale.

As part of the project bidding process with the Department of Energy, renewable energy companies must prepare extremely detailed financial models among other things, setting out the production capacity, income, expenditure, funding and returns over the lifetime of the project. Assessed losses affect the cashflows and anticipated returns within these models. As such, the current tax proposal has the potential to negatively impact these financial models and their returns, as well as hurt an industry that may hold the key to South Africa’s current energy woes.

Practically, the example[1] below demonstrates the potential financial impact of this proposal. 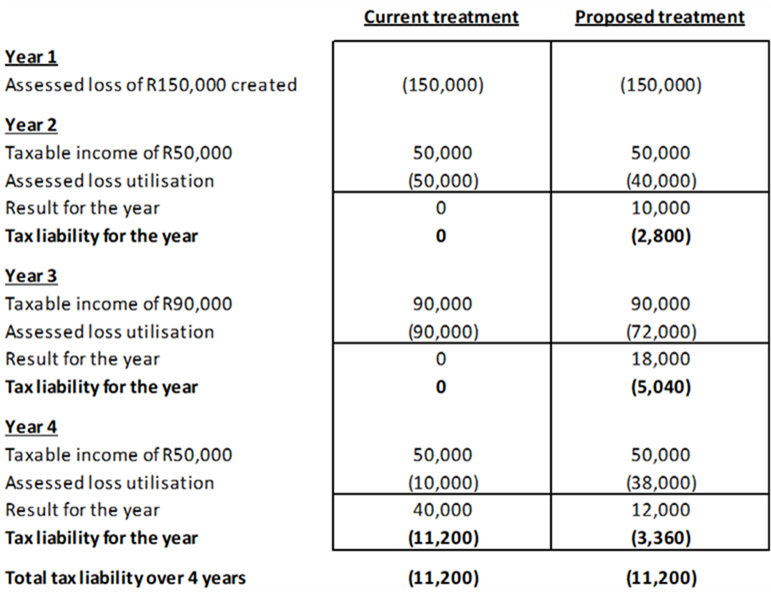 While the total tax liability (in the fullness of time, and assuming that the disallowed portion of the loss can be carried forward indefinitely) is the same, it is the impact on cashflow in the early years that is critical here. In creating an assessed loss, the taxpayer will have incurred significant upfront expenditure, likely using interest- bearing debt. Further cash outflows in the form of tax liabilities in the immediately subsequent years, only place more financial pressure on such taxpayers.

This proposal, in light of South Africa’s current economic climate, may not be construed as supporting Government’s desperate cries to the country for the creation of sustainable economic growth. Due to this and the aforementioned factors, we anticipate taxpayers to be fairly vocal in opposing this proposal, once the draft legislation is published for public comment.

[1] Our example assumes that the disallowed portion of the assessed loss can be carried forward indefinitely.