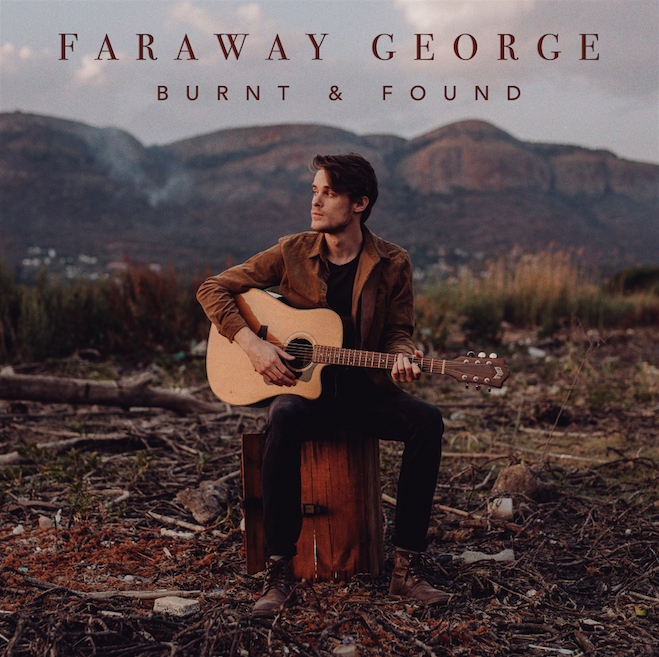 ARMOUR, the second single from his new album, was written by the artist himself and is about keeping your dreams so close to your heart that you never get the chance to make them a reality. “I was playing piano and daydreaming about places I have never been when the lyrics came to me,” he reveals about his latest release. “It is often people’s dreams that inspire them to do great things, but very few can look back and say that they actually pursued theirs. The song challenges you to say yes to your dreams!”

BURNT & FOUND, which the singer-songwriter describes as “a blend of Folk Acoustic and Indie complemented by definite hints of Country”, is about returning to a state of appreciation for people and separating what is important in life from the noise of earthly things. It boasts nine impressive original tracks that was written by the artist himself, as well as one song – Hold Up – which he co-wrote with his brother, Fritz Günter.

A play on words from the term lost and found – which suggests that something that was lost has been found – BURNT & FOUND implies that what has been burned can never be regained. As for the overall feel of the album and what he hopes listeners will resonate with, he says: “I’d like to think that people are able to recognise their own stories in my songs. Music is intended to give listeners the freedom to shape their own world and feelings around it.”

When Sugar Cane was released last November, the track impressed with its unique approach – as it was one of four tracks that he recorded during a live show. The song has also been play-listed by most of the major radio stations, still features on Lekker FM’s Top 20 charts and has had thousands of streams so far.

The bulk of BURNT & FOUND follows this same approach; it was predominantly recorded live, in a single day, at the Centurion Theatre. What prompted this decision, which a rather unusual choice in the local industry, was the singer’s desire to go back to basics.

While Faraway George’s personal favourites from the album include Hold Up, Armour, and Sugar Cane, he says it was a challenge to find the perfect combination of songs. “I realised that I had to appreciate the simplicity of production and ultimately be satisfied with imperfection and that the art of ‘making mistakes’ is often overlooked,” he explains.

Born in Pietersburg (Polokwane), Faraway George was greatly influenced by Jazz as a young boy and started playing the guitar as a teenager. He signed up to study architecture but halted his studies to pursue a career in music. His debut EP Vir ’n Vreemdeling was released in 2016.

These days, he listens to a variety of genres, including modern folk, Afrikaans, alternative, Blues and Americana. He draws inspiration from stories. “Sometimes it’s my own story; other times it belongs to someone else. At times, I imagine stories and make them real,” he muses.

The young artist’s plans for the future include a new Afrikaans album, which he already started writing last year. “I believe when inspiration abounds, you need to open the taps and let it flow freely.” He is also planning more shows, particularly at larger festivals. In line with this, he recently announced that he will be performing at Splashy Fen in August.

Faraway George believes that this album and single is the closest he has come to making the sound he wishes to share with the world. “I feel like I am fulfilling my purpose by doing what I was created for,” he concludes.

The album is available on all digital platforms here: https://music.apple.com/za/album/burnt-found/1500155473