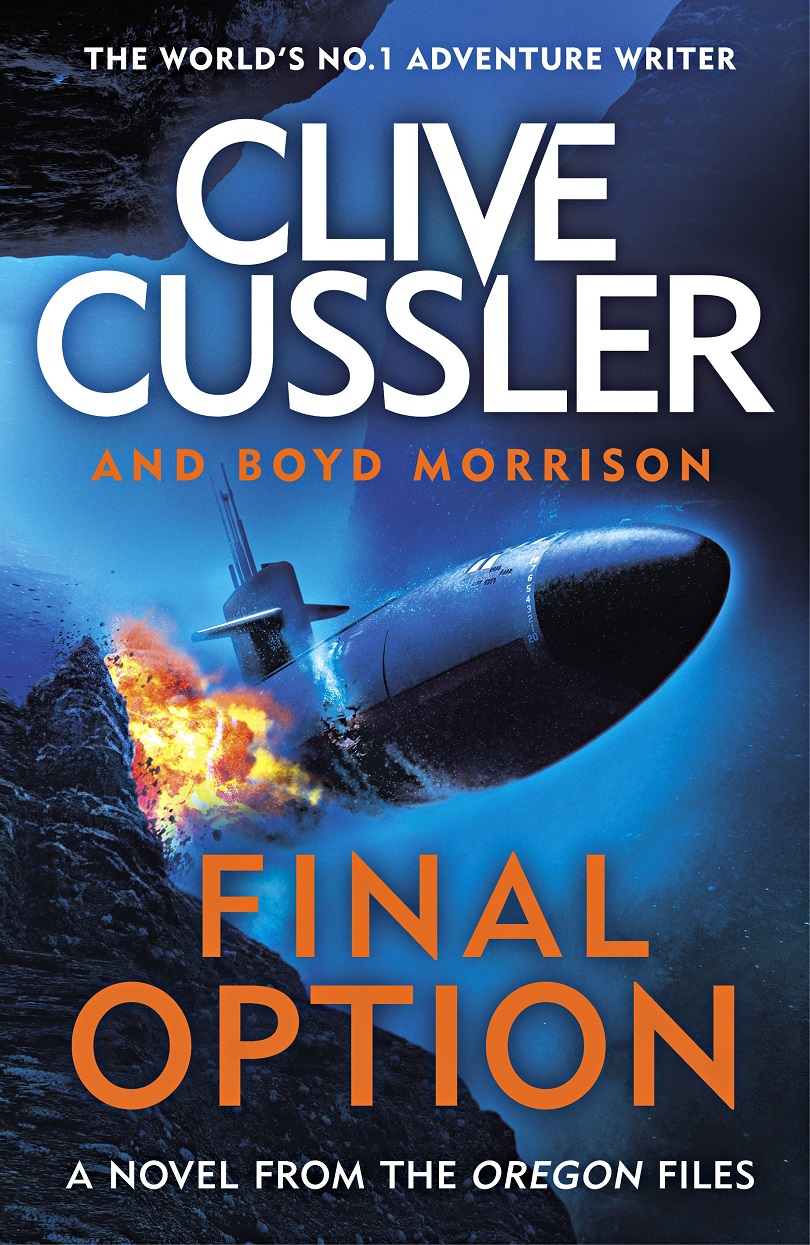 A Novel from the Oregon Files

Final Option, the 14th novel featuring the Oregon, a state-of-the-art warship that looks like a tramp steamer on its way to be scuttled, is the best offering yet from the Oregon Files. It’s the usual opening that Cussler/Morrison fans will know. The bad guy is Ricardo Ferreira, an organised crime technology supplier, arms dealer and big time drug lord, who has been on the Oregon’s radar for some time. Ferreira has managed to recover a World War I weapon, called a sonic disruptor, which hones in on people’s auditory nerves, makes them temporarily deaf and insane, and do things they wouldn’t usually do.

When his old boss at the CIA, Langston Overholt IV, asks Juan Cabrillo, the captain of the Oregon and chairman of the Corporation, to rescue three agents in Brazil whose cover has been blown, the pace ramps up like a whale on steroids.  But there are more bad guys on the horizon, Cabrillo’s arch-nemesis Zacharia Tate, a sociopath and a former CIA agent with whom the one-legged captain once worked and helped to put in jail when he overstepped the mark more than once, during military operations in Afghanistan. Now Tate who escaped from prison, wants his revenge. And he has built the Portland, a replica of the Oregon, with almost the same capabilities. And when it sinks a CIA cargo ship, the Manticora, Cabrillo knows the game is on and he has to use all his wits to beat Tate. Which is easier said than done. Tate devises a cat and mouse game tempting Cabrillo with clues as to his whereabouts. A hair-raising moment is when Tate kidnaps Overholt, keeps him underwater and challenges Cabrillo to rescue him. There are more heart-stopping episodes when Cabrillo and his team help the CIA operatives get to safety. The three agents are Luis Machado, Diego Lopez and Jessica Belasco, all in different places making the extraction more difficult. But they will be attending a soccer match, the Copa America that takes place every four years,  at Maracana Stadium in Brazil,  when the team will make their move. But it will take some planning.

Just when you thinks things couldn’t get worse, they do. Before he was kidnapped, Overholt discovered a mole at Langley who has been operating undetected for many years and stealing vital electronic data. The mole is a close associate of Tate’s. There is a strong South African connection with Stellenbosch at the centre of an arms deal.

In the explosive climax Ferreira also gets his comeuppance when Cabrillo delivers the coup de grace; the Oregon plows into the Portland sinking both ships, and Tate drowning in the process. But what mattered most to Cabrillo was the fact that his team was safe.

After a search that took Max Hanley, president of the Corporation, from Italy to Malaysia and South Korea, he found another ship that may replace the Oregon. So will it be resurrected? Will the Corporation go on more rescue missions?

Your favourite characters are back: Maurice, the suave Chief Steward, who this time around has a bigger role to play; Mark “Murph” Murphy, chief weapons officer and former US military weapons designer; Kevin Nixon, chief of the Oregon’s “Magic Shop”;  the softly spoken giant, Lincoln “Linc” Lincoln; Julia Ross, the Corporation’s VP and navy veteran; and, Dr Julia Huxley, Chief Medical Officer on the Oregon.

Final Option will keep you enthralled from the first page to last with its action that thunders along like a hurricane at sea.