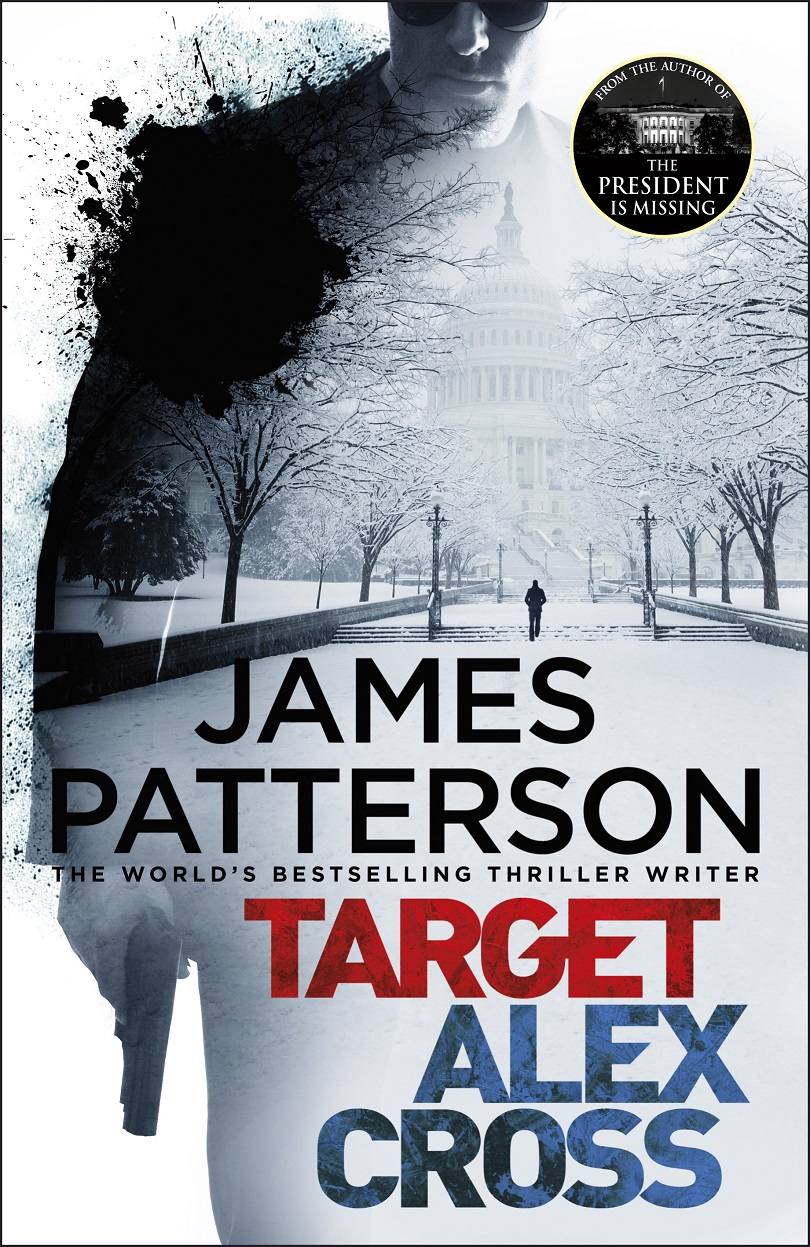 The Alex Cross series of thrillers is James Patterson’s creation alone and Target is his 26th offering, although he did co-write Alex Cross’s Trial with Richard DiLallo. Just think of his hundreds of collaborative efforts: the Women’s Murder Club co-written with Andrew Gross and Maxine Paetro; the Detective Michael Bennett series with Michael Ledwidge and James O. Born; NYPD Red with Michael Karp; not forgetting the Harriet Blue thrillers with Candice Fox; and the list goes on and on. Most of them have become global best-sellers, and not without reason: they’re always entertaining.

Target: Alex Cross is no exception. In this thriller the death of the US president leaves the country in a state of shock and disbelief, including Cross. When a sitting senator is killed and a series of murders follow across the country, the FBI calls in Cross, and even though some of the killings have taken place in her precinct, Alex is forced to keep his wife,  Bree Stone, the Chief of Detectives, away from the action. Even though her boss, Police Chief, Bryan Michaels has given her an ultimatum: solve the case or lose her job. But Cross being Cross and Stone being Stone don’t allow the FBI’s injunction to get in the way. Cross who is still a practising psychologist has to contend with a client, Nina Davis, who is “unable to love” or enjoy a sexual relationship with men. She proves to be a big distraction. Cross also gets strange messages: “Alex Cross, Stop me, please.”

After the death of President Hobbs, Bryce Talbot is named as his successor and it is he who asks for Cross to lead the investigation.

Target: Alex Cross has all the ingredients of for a gripping read with so many clues designed to lead you astray that you will be hard-pressed to identify the killer and the reasons for the murderous spree. Which will come out of the left field like a thunderbolt. The Russian Mafia is involved; a  Mexican drug cartel is on the periphery; and a doctor who has been disciplined for over-medicating his patients so, it won’t be a spoiler to say he has a link to Cross’s patient, Nina Davis. There’s also the mysterious Piotr, who appears to be the puppet-master manipulating the killers. Of course there’s inter-agency rivalry that adds to the tension.

The usual cast of characters stride through the pages: Cross’s crony, Ned Mahoney, with whom he worked at the FBI and still does when the occasion calls for it; there’s Damon, Cross’s basketball ace son, who has a new Chinese  girlfriend; the matriarch, Nana Mama, the 90-something mother and grandmother; athletics star, Jannie, Cross’s daughter, 17, and Ali, 9, the resident genius; and Stone. However, Patterson has become more and more mawkish about Cross’s family which I find off-putting. It’s hard to imagine what Patterson will do when Nana Mama shuffles off the mortal coil. The publishers will have to supply packs of tissues with the book that features her death which is bound to happen soon.

Nevertheless, Target: Alex Cross will provide an hour or two of great escapist reading and fans will be satisfied.