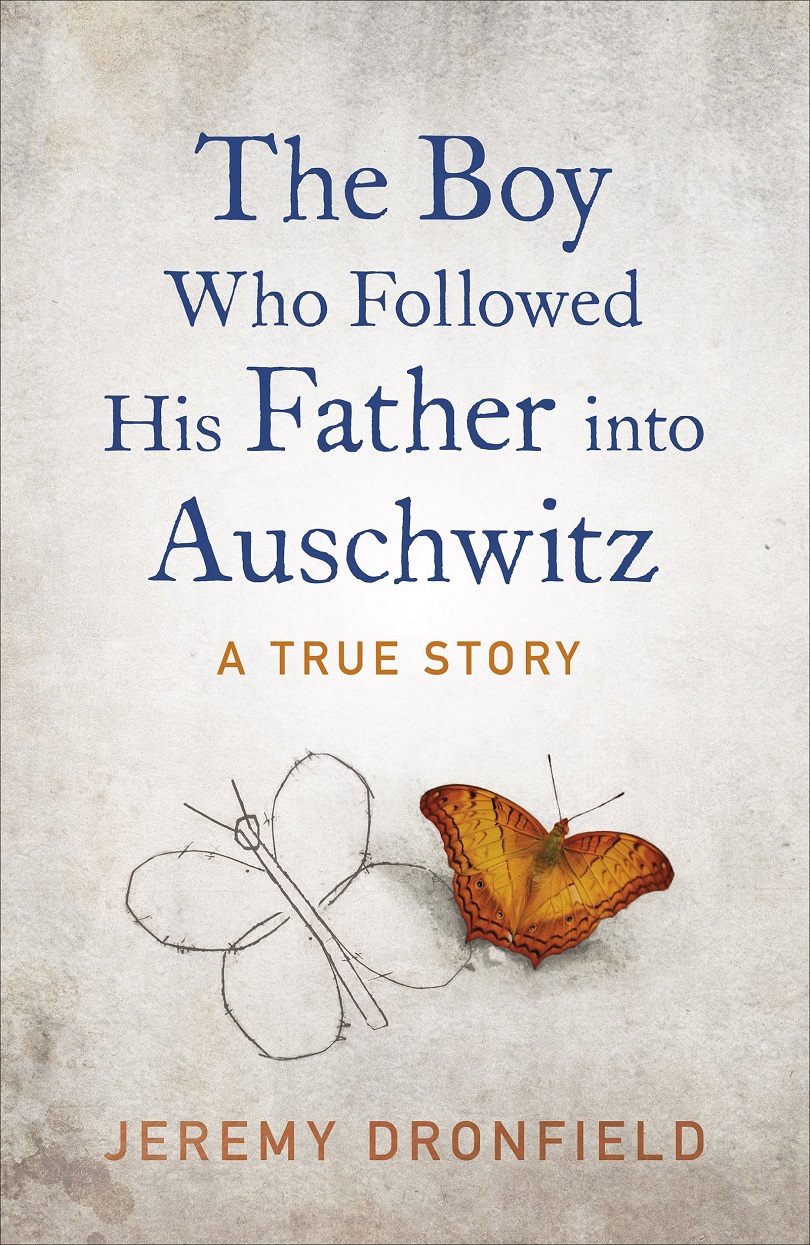 Truth is stranger than fiction and is often worse than anything writers of horror stories can dream up. Not only is The Boy Who Followed His Father into Auschwitz horrific it is harrowing and it will make your blood go cold. At the same time it is a story of hope that shows how, with courage and fortitude, you can beat the most depraved evil perpetrated against ‘the other’.

No books written about the Holocaust will help you to understand the enormity of the Nazis’ wholesale killing, not only the Jews (six million died in the camps) but so did many others, Gypsies, homosexuals and others who did not fit the German ideal.

The ordeal of Gustav Kleinmann, an upholsterer in Vienna, and his teenage son, Fritz, 14, were dragged from their home by the Nazis and sent to Buchenwald where they were forced to help build the concentration camp in which they were being held. That was just the start of their ordeal, an understatement, if ever there was one. Dronfield, an historian and biographer, notes in the preface that this true account is unique in that very few Jews experienced the concentration camps in all three stages, from the mass arrests starting with the Anschluss in 1938, through the Final Solution to the liberation of the camps in 1945.

Written in narrative form the historian drew on archives, eye-witness descriptions and from written accounts by Kleinmann Snr who kept meticulous notes in his small dairy which he kept hidden from the guards and the kapos, and from Fritz’s  post-war memoir.

Gustav, a father of four, who was teaching Fritz his trade always thought he was more Austrian than Jewish and even when he and Fritz were dragged off separately he still remained hopeful. But that hope turned to despair on the “Blood Road” to Buchenwald where hundreds died even though it was where he was reunited with Fritz. The guard at Buchenwald told the prisoners they would never leave there alive. However, three years later, despite the never-ending hard labour and less than meagre rations, cold that freezes the marrow and the unsanitary conditions they were still standing but barely alive. When Fritz learns that Gustav is being transferred to Auschwitz he asks to go with his beloved father. Fritz’s request is granted but more horrors await them in Birkenau and then Monowitz, a sub camp where the cruelty reaches another level. When the Soviet troops march on Auschwitz the pair believe freedom is on the horizon. But their dream is extinguished faster than snuffing out a candle. To escape the Allied bombings the Nazis force-march their prisoners to a train heading for more death camps. On the way to Mauthausen in Austria, at Gustav’s urging, Fritz jumps into the night from the fast moving train.

Despite the fact there are some light-hearted moments: prisoners swap stories and play chamber music. Incredibly when Fritz asks the camp doctor for more food his wish his granted. This does not mitigate the horror upon horror and inexplicable sadism the inmates endure. At one stage Fritz is tortured beyond understanding.

Stephen King at his most imaginative couldn’t make this up.

The Boy Who Followed His Father into Auschwitz is hard to put down. It is a compelling narrative and while it may make your blood run cold it is a must read told by people who lived the horror and survived to tell the tale.

After liberation there was one thing missing from Gustav’s life. But he found it when he went back to his old apartment block at Im Werd: his boy Fritz who was living alone in one of the apartments. “Gustav threw his arms around Fritz and together they wept for joy. They were home and together again.”