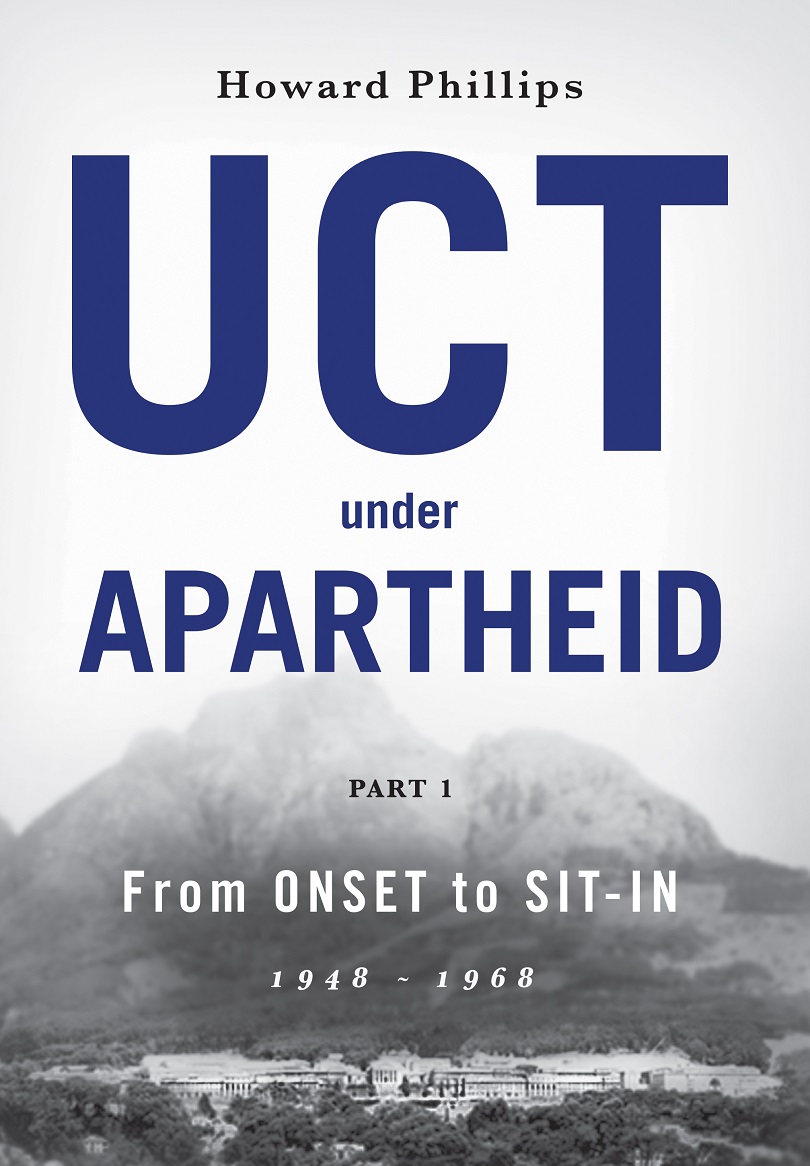 If the #Fallists believe they initiated protests at tertiary institutions, especially at the University of Cape Town, where a student threw excrement at the statue of arch-colonialist Cecil John Rhodes, they should disabuse themselves of the notion. Student protests have been a feature at UCT since it became independent. But then there was no violence, torching of police vehicles or burning valuable artworks, replicas of shacks, and  at UKZN, destroying libraries. The #Fallists must wear that badge of dishonour for their hooligan-like actions.

Retired academic and Emeritus Professor Howard Phillips, writes that, “In the 1960s it was students who, taking full advantage of their university’s location within reach of parliament, set the pace in far more confrontational ways, even to the extent of challenging UCT itself.”

Although some of the UCT students’ protests did turn violent it was not of their making. After the celebrated sit-in at the Bremner Building in 1968, which Stellenbosch University students tried to break up by force, there was a sequel. In September of that year, when UCT students demonstrating  at St George’s Cathedral in support of the sit-in at Fort Hare, it was broken up by South African Navy servicemen, wearing mufti.

About one tenth of the student body occupied the Bremner Building to protest against the Council who overturned the appointment of black scholar and social anthropologist Archie Mafeje as a senior lecturer after pressure from the National Party government.

The book is an illuminating look at the workings of UCT (UCT and the World in 1948), the same year that DF Malan’s National Party with its newly devised apartheid policy became the government following the defeat of Jan Smuts at the hustings to 1968 where the academic examines UCT’s place in the world 20 years later.  In the intervening years (1948-1968), Phillips notes, nothing much changed. Philipps writes that on August 27 1968 just four days after the Mafeje sit-in, UCT’s new Chancellor Harry Oppenheimer awarded 13 honorary doctorates to scholars whose achievements UCT sought to identify to celebrate the 50th anniversary of its creation as an independent university. Most were locals who had taken their degrees at a South African university. Thirty-nine years earlier, in 1939, when UCT marked the centenary of  the South African College by conferring honorary degrees, just 28% had been locally trained, which hinted at the vast strides the university had made. But as in 1929 the 1968 list of recipients included just one woman and no blacks. The more things change …

There are 12 chapters which examine different aspects of university life that make UCT Under Apartheid easy to navigate: UCT and the World in 1948; Running UCT: about the people in the hot seat, which at times became pretty heated; Building a Second UCT; Teaching, Learning and Researching UCT’s Academic Project; Pure Science: The Faculty of Science; The Applied Sciences: Engineering and Medicine; The Professional Faculties: Commerce, Law, Education, Architecture and Education; The Arts: Musical Liberal and Fine; Reaching Out: UCT and the Wider Community; Colliding and Colluding: UCT and the Apartheid State; Learning in (and out of class) Class: Student Life; and UCT and the World in 1968. The headings speak for themselves and Philipps writes about many of the professors who shaped UCT’s courses. There are numerous anecdotes including how UCT’s Graduate School of Business (GSB) was the vision of Bill Hutt and especially Bob Boland, who made it a reality. Founder of Pick n Pay, Raymond Ackerman, was a student of Hutt’s and found his teaching “absolutely riveting”.

No history of the medical faculty would be complete without mentioning pioneering surgeon Dr Chris Barnard who carried out the world’s first heart transplant at the venerable Groote Schuur Hospital. However, there were others who changed the face of medicine in the faculty. Among them was Jannie Louw (paediatric surgeon) who “single-handedly revolutionised surgical care for children, ” according to one of his successors. Racism reared its head too, one “coloured” student said. White doctors might unthinkingly patronise patients of a different hue but with white patients they were always polite. During their clinical years “coloured students” objected to the way they were deliberately excluded from seeing white patients.

Critics often referred to UCT as “Moscow on the Hill although in 1953 Varsity, the student newspaper, said “it was a credit to the city”.

UCT under Apartheid includes numerous black and white images and cartoons by students. Despite its academic subject Phillips has written an engaging and easily accessible story of one of the country’s revered institutions, warts and all. The book pulls no punches when it examines the university’s complicated relationship with the National Party government.  Phillips’s descriptions of UCT’s leaders, academics and students make it all the more readable.

It deserves pride of place on your bookshelf not only for the academics and alumni who helped shape its history but also Capetonians who were touched in some way by the university whether through the annual Rag or Shawco.