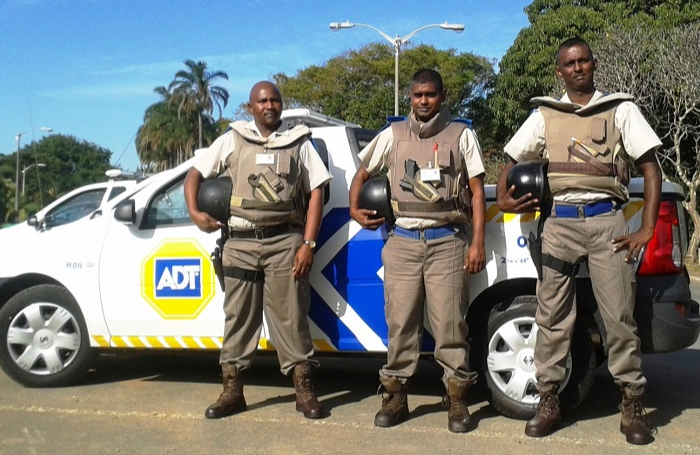 Most South Africans will be extended periods of time away from work and at home over the next few weeks, as the coronavirus spreads through our country.

There are important measures that everyone should be taking to make sure they are as safe as possible during this period, says armed response company Fidelity ADT.

“President Ramaphosa and his colleagues have very aptly called on all of us to play a role wherever we are. We need to look after each other and we need to work with government and other agencies who are deployed across the country to limit COVID-19 infections,” says Charnel Hattingh, National Marketing and Communications Manager at Fidelity ADT.

One area that needs attention first, she says, is business owners and small retailers who might have to close their doors for extended periods of time.

“Companies and small businesses need to first make sure their property and their assets are properly protected and that your security systems are working, with the backup of a reputable armed response company. As far as possible, invest in additional security measures such as perimeter detection systems (such as outside beams) to strengthen the measures you have in place.

“Working with other retailers and companies in your immediate vicinity and pooling security resources is also a valuable way of creating a safer area. Speak to your fellow business owners about how you can help each other,” says Hattingh.

Residential and personal safety is perhaps one of the topics that will be weighing most on people’s minds, she adds.

“In the same way that business owners should unite, we believe that communities that stand together can be safer. There are community safety networks and neighbourhood watches throughout South Africa; make contact with your local watch as soon as possible.”

Hattingh also recommends the formation of suburb or street WhatsApp groups, which can be useful to share information about local residents who are elderly or otherwise find it difficult to fend for themselves.

“As far as your residential property is concerned, we recommend following a layered approach to safety. Start from the outside, in — to evaluate what measures are in place.

“Then head indoors and do a similar check. Look at the state of hinges and locks on windows, gates and doors. Also pay attention to the burglar bars,” says Hattingh.

In conclusion, she recommends keeping the most important local security and emergency contact details on hand.

“Save the numbers for your security company, the local neighbourhood watch, the police and fire department on your phone, so you can access it immediately when you need it.”