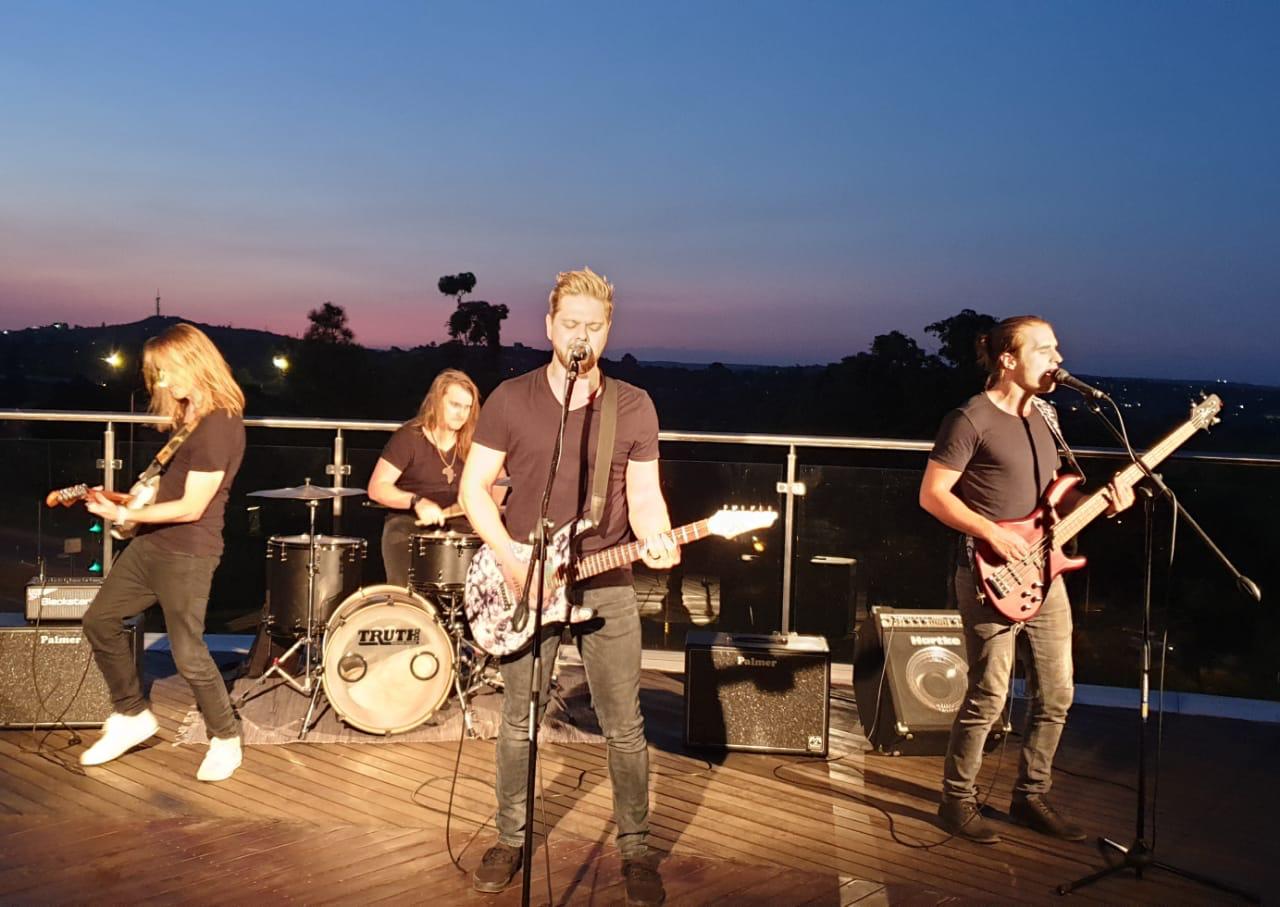 Finding love online is not a strange phenomenon these days and soulmates are literally found at the click of a button.

In Pieter Marcato’s new music video, produced by Trots Afrikaans and partly filmed on the roof of the Fintech building in Lynnwood, the main character meets the love of his life on a Tinder date.

“Lucretia Labuschagne (Trots Afrikaans) was the creative brain who put together the storyboard for SWIPE REGS’s music video and Marlize Coetzee can be seen in the female lead,” he explains. “I think that the video was very cleverly constructed and that is suits the theme of the song perfectly.”

The single was released earlier this year and was very well received. It can currently be heard on all major radio stations. It is a catchy Afrikaans pop song, written by the artist himself, with an upbeat tune and lyrics that will invite you to sing along.

According to Pieter, SWIPE REGS was inspired by a true story: “One of my best friends recently married his soulmate. They met on a dating app and it made me realize that people can find each other in different ways. I think that listeners will be able to relate to the theme and will enjoy listening to the song.”

His latest release follows in the successful footsteps of his debut single, As JyVra, which was releasedin 2019 and can still be heard on the radio.

Pietergrew up in Pretoria, where he still resides today. After school he completed his diploma in Sound Engineering atDamelin. During this time he met Ben van Zyl with whom he co-founded the band, Marcato.

Over the years, he has been part of several major music productions, including the Simon and Garfunkel Tribute Show, Bob Dylan Tribute Show and the ACDC Tribute Show. He is also the founding member of Legato Records, which houses several well-known musicians.

“Music is a part of my life in every way and I am at my happiest when I am able to share it with audiences – in whatever form it may be. It is one of those things that brings people together and it is an honour for me to be a part of it,” he shares about his career so far.

In 2017, Pieter started the alternative pop group, EON, with his friends Altus Theart (Getroud Met Rugby) and Jerry Spangenberg. The group shot to fame after the successful release of their debut single, Bittersoet, which is still a fan favourite. Ligjare, their first album, has since produced several other hits and the trio regularly performs at major music events.

Pieter Marcatolikes keeping busy and is always up for a new challenge. Through hard work and perseverance, he has managed to build a steady career for himself in the local music industry.

SWIPE REGS not only introduces a different side of this dynamic artist to the public, but also builds forth on the new and exciting chapter of his career that he is currently busy with.