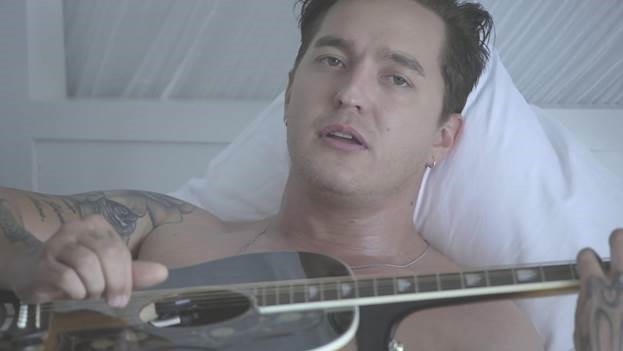 The sensational Danny Smoke has just released his #SuperVideo. The video is a trilogy of three of his songs and existing videos, namely Soek Jy Aandag Of Soek Jy My Lyf?, T-Shirt and Gaan Ons In lê, combined.

The video was shot during a trip to Mozambique. “We got into a car. I met this girl, Danica Vandenheede at a guest house, whom I didn’t know at all, but decided to travel 1300km to Mozambique. It was incredible to do it this way, documentary style, one camera, no pretense or falseness.”, an excited Danny explains.

“I hope when people watch the video that they experience the feeling which they’ve had once before. Where you think it will never happen to you, but then it does,” he adds.

The Aitsa- Award-Winning musician that has thousands of women weak at the knees at all his shows, says that the video was produced by  Jannes Erasmus and Dan Rademeyer from Inhoud Huis, Danny’s label.

Henco Harmse from Universal Music Africa, says the video is a love story, filled with adventure and passion. “The crux of the video is to remind viewers of the impossible fairy tale which can come true,” says Henco.

Earlier this month, Danny released a behind the scenes video, where he explains the thought process behind the making of the #Supervideo. Watch the EPK here:

Danny’s album, SWAELTJIES, is available on all digital platforms:  https://INHOUDHUIS.lnk.to/Swaeltjies