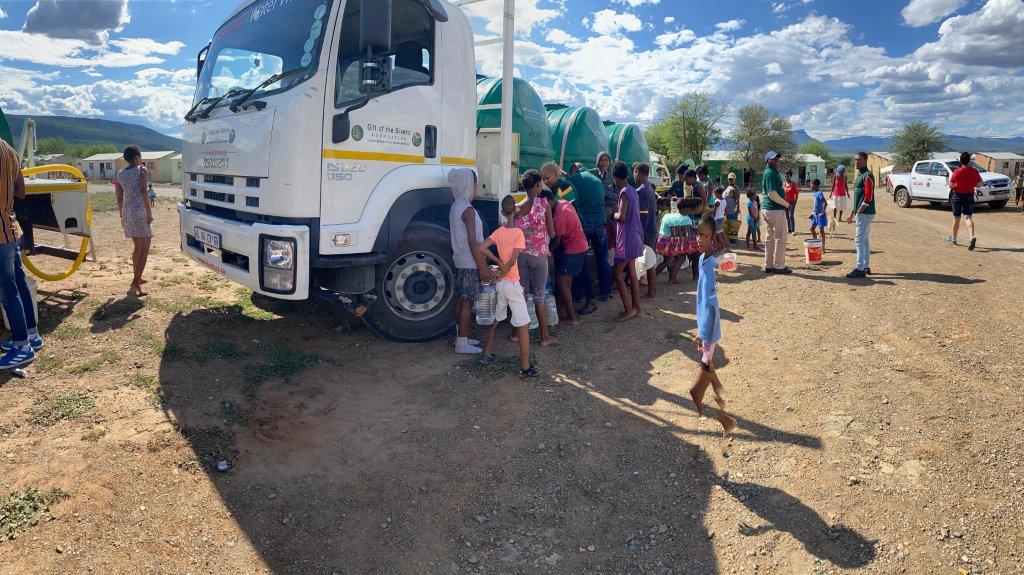 Brian Joss – “We believe that everything begins with water”

This is the doctrine on which Gift of the Givers base the provision of water in drought-stricken areas.

While the Eastern Cape province was declared a disaster area in October 2019, disaster relief organisation, Gift of the Givers, had already begun rolling out drought relief assistance in July 2017.

With 35 boreholes drilled in the province to provide much needed drinking water to impoverished communities, distance and accessibility still posed an immense problem for the community of Graaff Reinet and greater Karoo.

Through the support from Isuzu Motors South Africa with the delivery of an Isuzu FSR 800 Tanker truck and two FTR 850 trucks fitted with water tanks, Gift of the Givers is able to transport and deliver a combined 22 500 Litres of water per day.

With the outbreak of COVID-19 in South Africa, the need for water in drought-stricken areas has not only been for drinking purposes, but became absolutely essential for hygiene and sanitation to curb the spread of the virus in impoverished communities.

Ali Sablay, Gift of the Givers Project Manager, the logistics support from boreholes to the community is critical. “The trucks are of great help, they bridge the gap between boreholes and water delivery to the communities in Makhanda, in east of the province right through to Graaff-Reinet towards the west covering towns such as Bedford, Adelaide and Cebe,” said.

The farming community in Adelaide in the Eastern Cape, was also heavily impacted by the drought, posing a huge problem for agriculture and the economy of the region. To this end two of the five boreholes completed were handed over to farmers, providing water relief to the farms and their 200 workers.

“We pride ourselves in providing transport solutions and being a trusted partner in getting a job done. It gives us great satisfaction to enable a community organisation like Gift of the Givers who shares a common goal of providing disaster relief in communities,” said Gishma Johnson, Corporate Communications and PR Manager, Isuzu Motors South Africa.

“It is encouraging to see the difference Isuzu is able to make in these farming and rural communities and especially in the lives of those who are without basic human needs like water,” adds Johnson.

Gift of the Givers provides unconditional humanitarian support across geographical boundaries and is currently involved in several operations – including the provision of animal feed in drought-stricken areas of the Eastern, Northern and Western Cape.

“The organisation plans to further expand the water relief footprint as areas like Butterworth and surrounds are already experiencing the effects of the drought,” Sablay added.