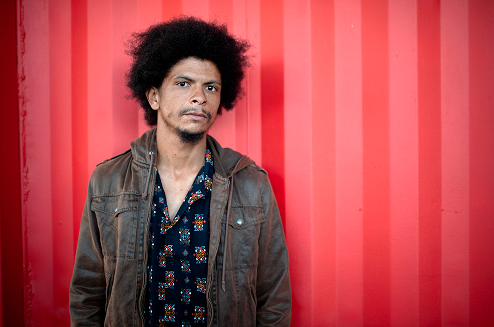 Reggie Peace, A.K.A. Reginald Hufkie, the popular South African actor, musician, scriptwriter and songwriter shot to fame in 2019 after landing roles in productions such as the Silver Screen Award-winning short film, Cowboy Dan (2018), Generations: The Legacy (Luke), Die Spreeus and Huis Lelieveld (Spanner). It was also the year in which he launched his solo music career.

But, just the year before he lived through one of the darkest years of his life.  He began to doubt whether he had a future in the entertainment industry and that was when he wrote MOVE.  To motivate himself and others, not to give up on dreams.

The song, which combines modern Pop with interesting Funk elements, was produced by Calvin Botha (DJ Darkness) and is the artist’s seventh original single release. His previous releases,  Frequency, Do It – Peacemaker, Hoekom?, Kos Op Die Tafel (KODT), All That Matters and Better, were all very well received.

And now the time has come to release the music video of this hit song! “DJ Darkness, the producer of the song, is blind. He creates the beat, when producing the song, and in the music video we see him sharing it with other people. The music brings everyone together, but everyone dances to their own beat,” the musician explains.

JT Ferreira, who recently produced the band Jan, Jan, Jan’s popular music video, headed up this production which was filmed in Melville, Johannesburg. “Our home – the Echo Youth Ministry House – was asked to make a music video, as a community, that includes everyone. DJ Darkness follows his rhythm by producing the music and then we distribute the music to the rest of the people. It is very focused on community and how we could be living together as South Africans.”

Reggie Peace and Lizz Meiring’s play, Die Atleet, was also schedule to feature at the KKNK this year, but unfortunately cancelled due to the COVID-19 crisis.

Reginald grew up in Schauderville, Port Elizabeth. After losing both his parents to Tuberculosis as a teenager, he and his brothers were placed in an orphanage. He currently resides in the Echo Youth Ministry home in Melville, Johannesburg, where he aims to make a difference in the lives of the people in his community.

Music has always been part of who he is and the artist is looking forward to sharing more of himself with the country. With MOVE, he not only surpasses this goal, but manages to bring hope to everyone who is battling to find their rightful place in society.

The single is available on digital platforms here:  https://distrokid.com/hyperfollow/reggiepeace/move