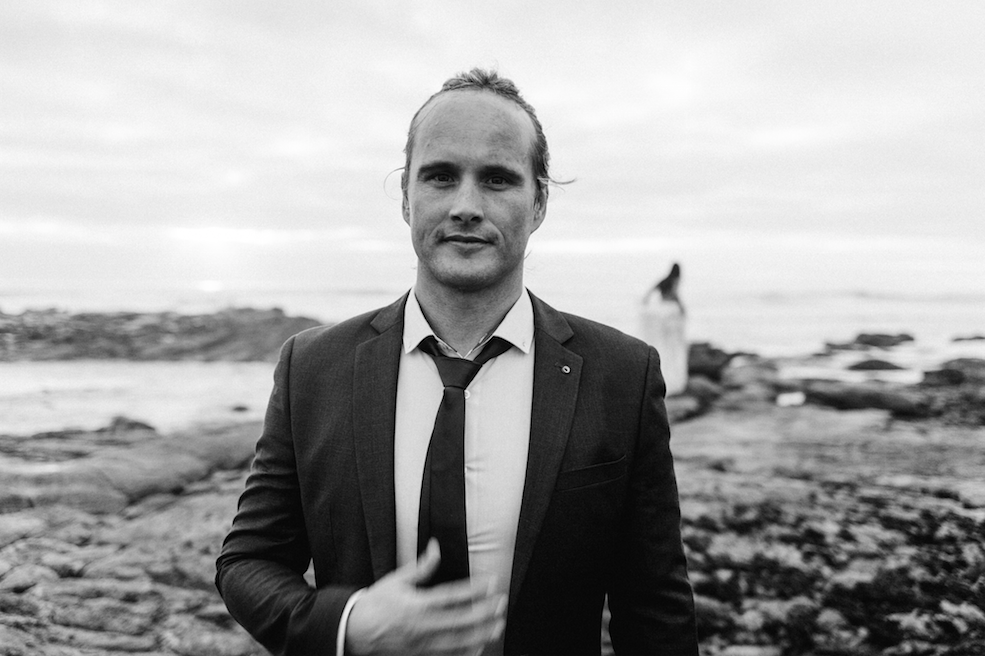 “The song makes me happy and serves as a reminder that I am not alone. That it is worth it to spend time with friends and family and not to isolate yourself, like I have done in the past,” explains the artist about this single that was created with the help of Jattie de Beer and Kaleidoskoop’s Anique Jordaan.

According to Len, his in-laws’ annual family tradition of getting together for the Rugby Currie Cup final, was the inspiration behind his latest release. “The entire family shows up for this rugby weekend. It is so special to me,” he shares. “Although it was quite a culture shock at the beginning of our relationship, it is now something I look forward to and HEILDRONK was born from the fact that I was able to see and experience the value of family time first-hand.”

Len’s wife – Chanél – also features in the video. “My wife has always wanted to dance in the ocean, wearing her wedding dress. We wanted to share some of the adventures that we have had together in the video, as well as some of our favourite places,” he says. Chanél and Nico Welgemoed were also the creative team behind the beautiful footage that was filmed in and around the Cape Peninsula and False Bay.

This track follows in the footsteps of Oorgenoeg, the artist’s previous single and music video in which he expresses his frustration about the poverty in our country. It was produced by Theo Crous of Bellville Studios and is the first single that was play-listed by all of the radio stations that it was submitted to. It is also the first song that he recorded with his sister, Miemie Blaauw, and their voices complement each other perfectly.

Both songs will feature on his upcoming album, which will be released later this year.

The artist recently moved to Cape Town and enjoys spending time on his surfboard every day. He also started his own agency that manages artists, such as Danie du Toit (Reënwolf), and is also busy writing songs for Caroline Grace and Kurt Darren’s new albums. Len is also a member of Musiek Soos Grond, withJoshua na die Reën, Kaleidoskoop, Leon Gropp, Lizandra Winter andLiani Reynolds, which was founded in 2019.

HEILDRONK is an inspiring hit that offers the same unique Afrikaans Acoustic Folk sound that the singer has become known for. It not only showcases Len Muller’s skills as a songwriter and musician, but also invites you to sing along and reminds you to appreciate the people in your life. “I think the song will appeal to audiences of all ages and will remind them not to take their relationships for granted,” he concludes.