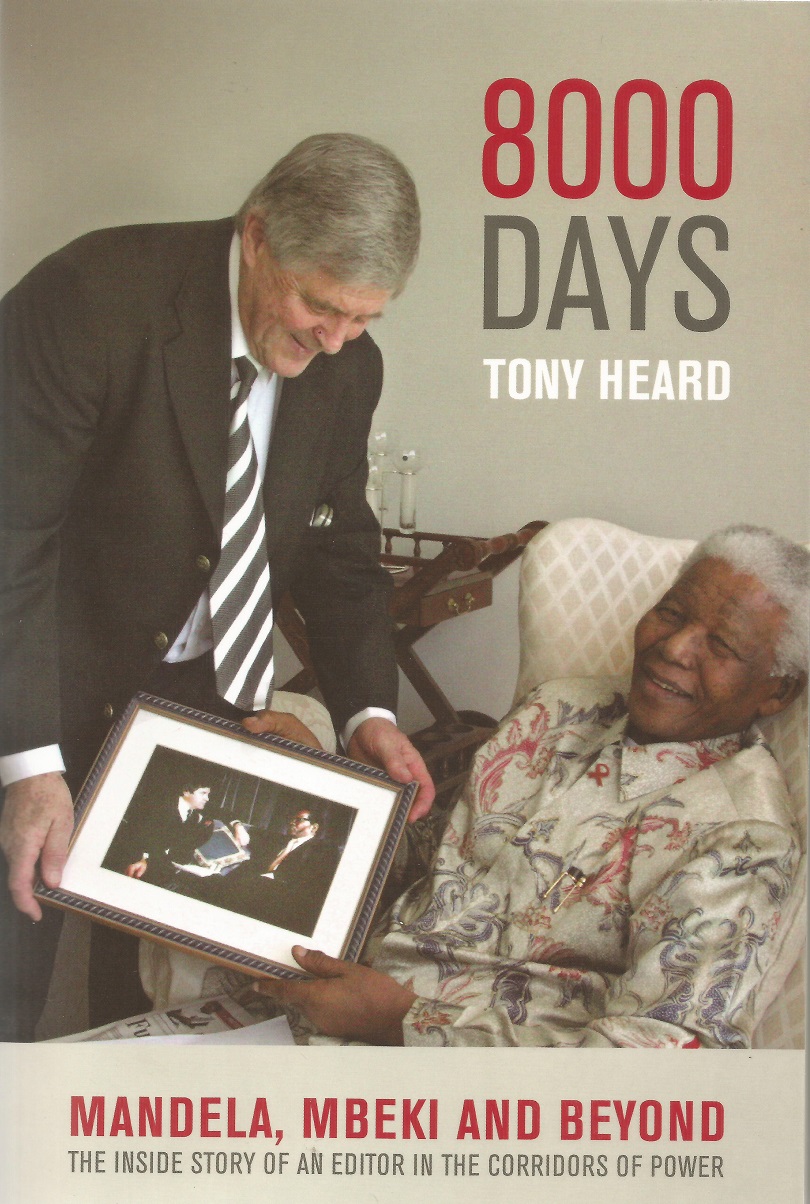 Mandela, Mbeki and Beyond

The Inside Story of an Editor in the Corridors of Power

Anthony Heard is well-known for breaking boundaries, not to say the law. When he was editor of the Cape Times, he published an interview with Oliver Tambo, the then exiled leader of the ANC when the liberation organisation and Nelson Mandela along with other high profile activists were banned and imprisoned. The interview created a storm of controversy and threats by the National Party government. He won the International Golden Pen of Freedom in 1985, the year the story was published. Ironically he was fired by South African Associated Newspapers SAAN which had links with the then Argus Company, that owned the Cape Times and the iconic Rand Daily Mail, but were too afraid to stand up to the government of the day.

After his ignominious sacking which made headlines across the world, Heard was made a Nieman Fellow at Harvard, and he became a media consultant to Jakes Gerwel, Rector of UWC, who was later appointed Nelson Mandela’s Director General. Heard joined the public service with the dawn of democracy in 1994 when the late Kader Asmal who was to become the water affairs minister in Mandela’s government and later education minister, offered him a job in the communications department of his ministry, which the former editor accepted with alacrity. As he notes, when he “left” the Cape Times, apart from the Nieman Fellowship he was experiencing the feast or famine reality of  a freelancer’s life, although he was writing an internationally syndicated column while sitting on the board of George Soro’s Open Society Foundation as well as on the board of a media-diversity company and he had his work with Gerwel.

If you’re expecting Heard to divulge any state secrets or take the skeletons out of the closet you’re going to be disappointed. It’s his assessments of the people he worked with and the interactions he had with them that makes for riveting reading. Heard had one encounter with the “Garlic Queen”, Manto Tshabala-Msimang, the then health minister in Thabo Mbeki’s cabinet, before he was recalled, And the nation was waiting to see who would succeed Kgalema Motlanthe, the caretaker president. Mbeki was an Aids denialist and Msimang was his biggest advocate, punting her ‘garlic and beetroot’ concoction as a cure-all. She told Heard in no uncertain terms that he and Joel Netshitenzhe, presidential policy guru, “were so wrong to try to get President Mbeki not to speak on Aids”. Heard devotes a chapter to the Aids issue and Mbeki (The Aids/HIV Scourging) in an attempt to unravel the conundrum that is Mbeki, a remarkable leader barring the one stand-out disaster, HIV/Aids, and another weighty problem that he had to wrestle with and that he nearly won  –  Zimbabwe. Mbeki will be remembered for “many positive things he did for his country, for our people, for his Africa that he immortalised in a masterly speech”, says Heard who thinks it’s time for history to forgive Mbeki for his stance on Aids.

The SABC erroneously reported that Kader Asmal would be the new minister of provincial affairs in the Government of National Unity (GNU).  However, it went to National Party negotiator Roelf Meyer who had played such a big role in the negotiations, especially with kingpin Cyril Ramaphosa, where they discussed matters of State on fly-fishing expeditions.

Heard is an acute observer of the human condition and his comments on the players from Essop “The Rottweiler” Pahad for whom he worked as special adviser to Nelson Mandela, are trenchant indeed.

When Zuma arrived, Heard realised that his days were numbered and it was confirmed by soon to be acting director-general, Trevor Fowler that he wouldn’t be on the new President’s team. Heard says that Zuma had lots of baggage and the signs of corruption and nepotism showed early. Jacob Zuma could alternate between guile and charm with ease. But you could never tell what he was thinking or planning. “Overall he could make one feel uncomfortable”.

Heard who voted for the Liberal Party in Sea Point in 1958 was  neither a member of the ANC nor a struggle activist but he was a sympathiser. Although as a student he had a thinly veiled offer to go underground and join the African Resistance Movement (ARM),which carried out acts of sabotage.

Heard’s advice to his fellow (white) South Africans is, in a nutshell, “get inside each other’s heads, be prepared to make sacrifices, roll up our sleeves with the rest of the  country and end a situation which excludes too many of our people”.

Zapiro’s pithy cartoons feature prominently in every chapter. There are six pages of full colour images.

8000 Days is a lively and compelling read which shows that people in high places are human too.