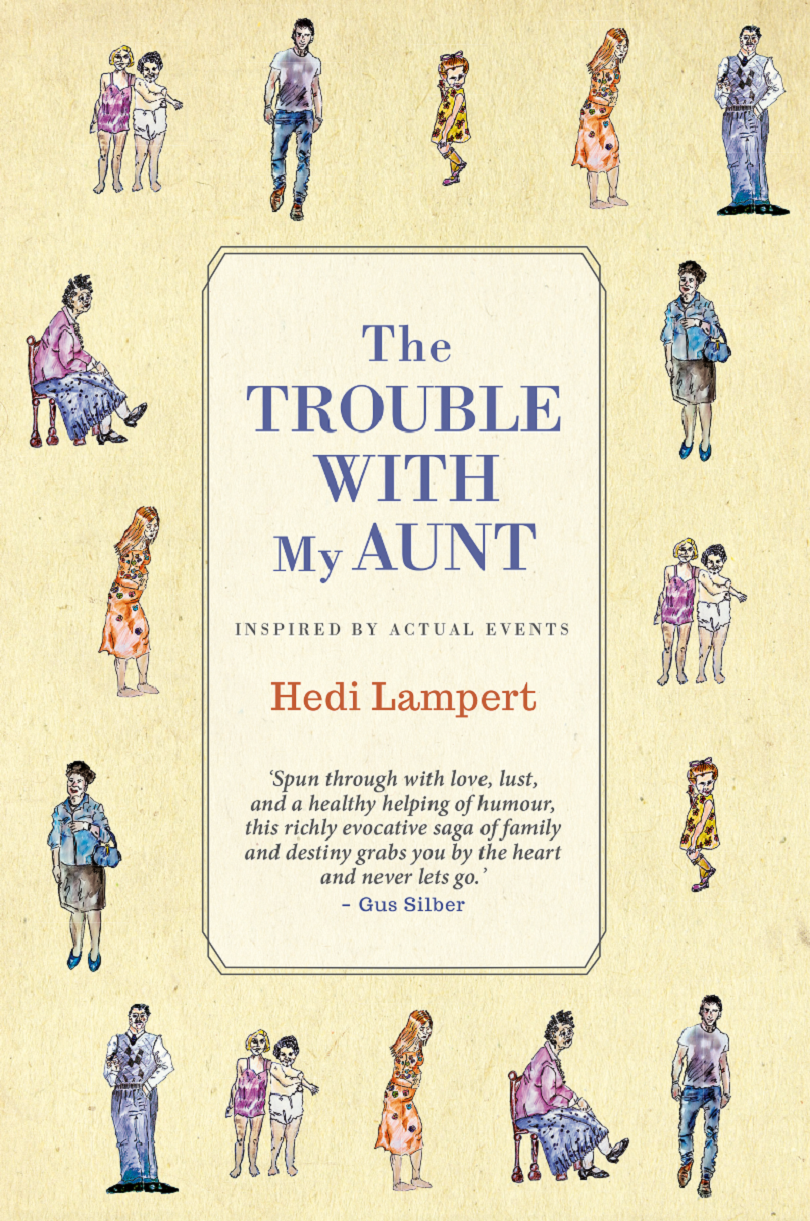 Ace event planner Leah Fine’s unexpected pregnancy takes her down uncharted territory in the search for Fragile X which caused her Aunt Vi’s disability although at the time nobody knew what it was or even that it existed. All Leah, who grew up in a traditional Jewish family, knew was that it was “Gran’s fault”. “Vi is Gran’s cross to bear,” Leah’s mother Amy and Vi’s sister, told her often, and when she dies Vi will be her responsibility, and “I hope Vi dies before me”.

Leah fell pregnant after a one-night stand with Steve while she was on business in Durban planning the next big event.  When she unearths the truth of her aunt’s condition she has to do some serious soul-searching. Whether she should have an abortion or carry the baby to term. It’s all heartrending with plenty of angst for Amy too and her confidante and best friend Stella.

Vi is a functioning adult, friendly to most people, but is prone to non-sequiturs and sometimes she inhabits an imaginary world where she thinks men have proposed to her including having a dream where Ken Greenberg proposed to her. But when he got engaged to a nurse Vi flew into a violent rage.

There was also another side to Vi. She was able to travel by bus into the city where she was a volunteer collector for the Red Cross. She couldn’t peel the stickers off the waxy backing paper so those who wanted one had to help themselves. Leah was amazed that Vi knew so many people which was evident when they went on family outings. She always had a friendly greeting for them.

Natalie Weinstein, a medical researcher, explains the Fragile X syndrome to Leah and Amy. It’s then that Leah realised what has afflicted Vi and she believes that Granny Sadie should know the truth but Amy dissuades her. It emerges later that Leah’s cousin, Julie, has a son, Nathan, who also has Fragile X syndrome. It won’t be a spoiler to say that Granny Sadie dies, then Amy of cancer and Vi becomes Leah’s “cross to bear”. Even though in his will Vi’s father stipulates that she has to live with family for the rest of her life, Mount Sinai finds space for her and she settles in quite happily.

Although it’s fiction, The Trouble With My Aunt is an honest look at the challenges of caring for an intellectually disabled adult at a time when not much was known about Fragile X.

Lampert’s descriptions of all the characters are accurate to the nth degree. In Aunt Vi, Lampert captures the qualities of an adult-child perfectly; many will sympathise with Gran as the stoic but long-suffering martyr; Amy is the epitome of the Jewish mother who puts everyone else first, and Steve, well, his past is revealed at a serendipitous moment;  you’ll have to read the book to find out what baggage he is carrying.  Confidante and friend Stella, is the ideal sounding board for Leah; Granny Sadie’s long-time friend, Lilly, who lives at a home for the aged, is the keeper of secrets; and, let’s not forget Vi’s “creepy uncle Ken Greenberg”. There’s one in every family.

The Trouble With My Aunt is a frank look at a sensitive issue and Lampert hasn’t forgotten the subtle touches of humour. She has avoided descending into mawkishness. It is a book that must be read if only to give you an understanding of the “other”,  who are just like us, except for a flaw in their genetic make-up.