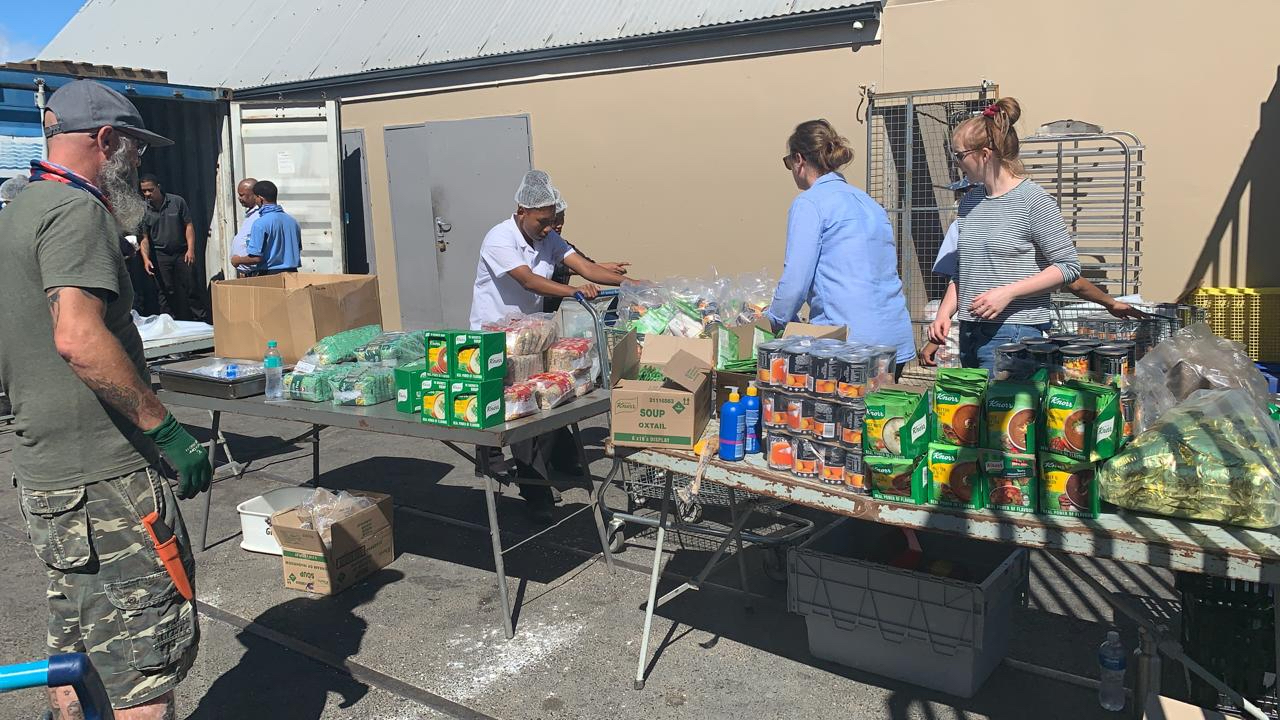 In an effort to curb the spread of COVID-19 and help those in need, Franschhoek Disaster Management team led by Ashley Bauer, with the support of local residents, community leaders and volunteers from the village and within the informal settlements, has partnered with local NPO’s to establish a food unit.

The unit has been initiated under the auspices of Stellenbosch Municipality Community Development.

Not an entirely new concept to the community as Franschhoek Disaster Management makes use of a similar operation when families are displaced as a result of fires. This has proven to be highly successful as it brings the community closer together in times of need.

Together with a group of Franschhoek chefs, under the guidance of Foliage Restaurant’s Executive Chef, Chris Erasmus, the unit aims to feed approximately 4 000 households in total during the lockdown period. The initial rollout will be to 500 households, and as more donations are received, they will be able to increase the quantities until they are able to reach their goal. The initial households have been identified as those who are in dire need of these supplies. This includes households with elderly, disabled and small children. The main objective of the unit is to keep residents at home, and in doing so do their bit to flatten the curve.

A carefully coordinated plan has been put in place to ensure that during the week food parcels consisting of the basic essentials such as sugar, salt and oil, amongst others are delivered to the identified families. Weekends consists of these families receiving a hot meal. The weekly and weekend parcels respectively are sufficient to feed a family of six. The teams have spent the greater part of this week sorting and packing parcels ready for distribution before the end of the week.

Chris isn’t alone in his cooking efforts and he will be joined in the ‘cooking frontline’ with fellow Franschhoek chefs such as Margot Janse, Nicolene Barrow, Gordon Logan, Neil Jewel, Connor Mckibben, Archie McClean, Oelof Voster, Darren Badenhorst and Amy Lynne Philips. Foliage Restaurant will operate as the hub for the food unit during this time.

Although there have been some generous contributions since the unit was launched, they do rely on continued support to sustain and more importantly ensure that these families do not have a reason to venture outdoors. The estimated cost of a weekly food parcel per affected household is R250.

Franco headed by Riaan Coetzee, Sci Care South Africa , headed by Garth and Monika Van Zyl and the Lions Ladies Club Franschhoek, headed by Lodine Maske, have offered their fundraising facilities to assist in this regard.

Direct or EFT deposit to

Direct or EFT deposit to

Although COVID-19 is keeping us apart for now, we can still be together by helping one another.