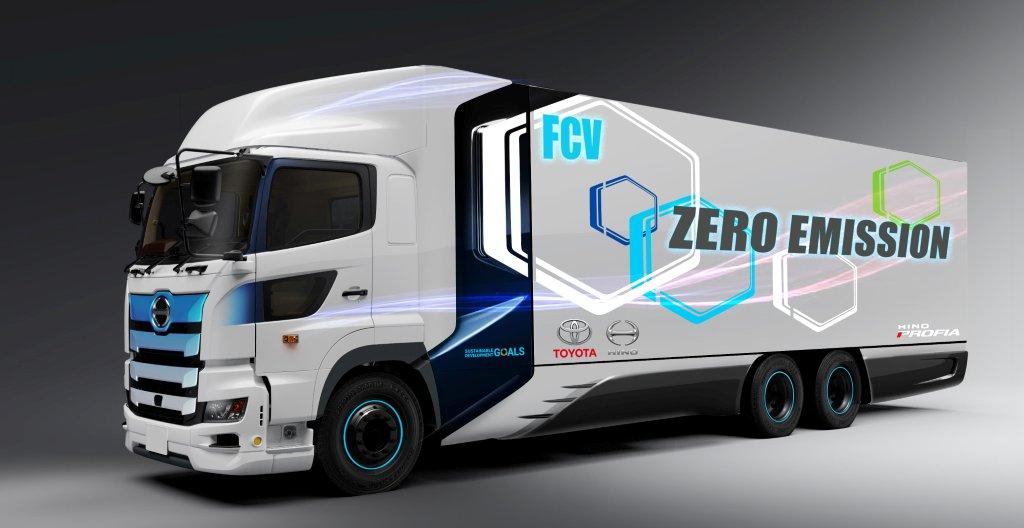 Brian Joss – There is a swing towards electrification for many forms of transportation, but Toyota Motor Corporation is continuing to develop hydrogen fuel cell vehicles while also bringing Toyota Group electric vehicles to market.

One of the company’s latest fuel cell projects is a joint venture between Toyota and its wholly owned, truck-making subsidiary, Hino, to develop a heavy duty fuel cell truck.

Toyota and Hino have positioned hydrogen as an important energy source for the future and have worked together on developing fuel cell technologies for more than 15 years, since their joint demonstration of a fuel cell bus in 2003. Hino and Toyota will continue to partner each other to accelerate efforts towards the realisation of an environmentally friendly hydrogen society.

The Hino heavy duty truck model on which the new development is based is a 700-Series freight carrier. It is fitted with a large capacity high pressure hydrogen tank that will provide a range of about 600 km, on an integrated city and highway driving cycle, between refuelling. This makes it ideal for long distance transport where operators require a relatively long range between refuelling stops and the ability to refuel the truck quickly. Fuel cell trucks running on hydrogen meet these requirements with zero emissions.

Electricity is stored in lithium ion batteries and drive to the rear wheels is by means of a powerful alternating current (AC) electric motor. A comprehensive weight reduction programme has been undertaken to ensure sufficient load capacity.

Hino and Toyota are determined to be proactive in developments that will resolve the current global environmental issues. They have made it an important corporate objective. Hino’s Environmental Challenge 2050, which was announced in 2017, includes the aim of cutting the average carbon dioxide (CO2) emissions from new trucks and buses by 90% from the levels in 2013.

Hino’s internal research has shown that heavy duty trucks account for more than 60% of CO2 emissions from commercial vehicles operating in Japan, so this has spurred on this joint venture with Toyota.