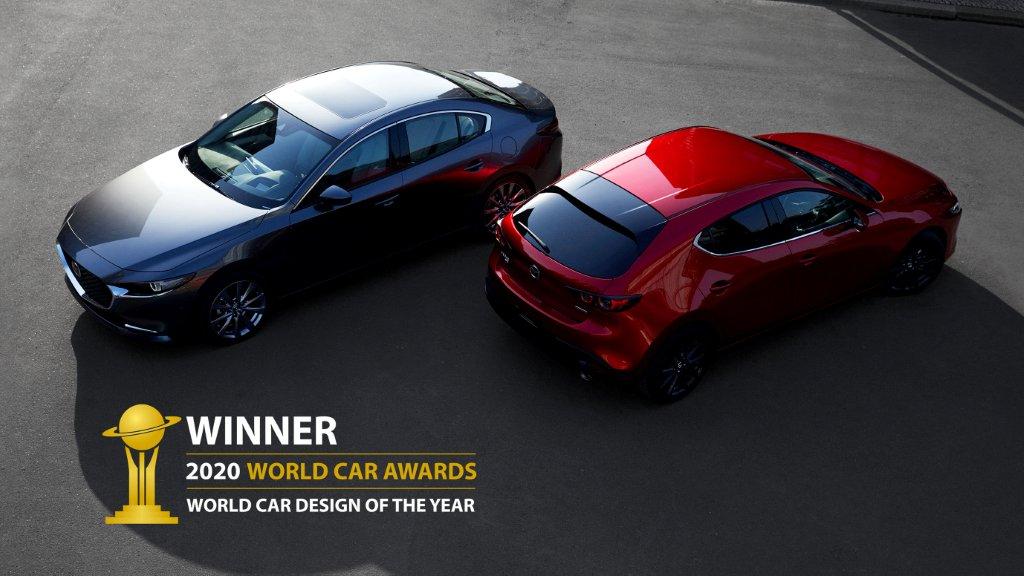 Brian Joss – The Mazda3 won the 2020 World Car Design of the Year award, one of the special awards of the World Car Awards (WCA).

Introduced in 2010, Mazda’s unique Kodo design philosophy and its ability to breathe vitality into a car has been the driving force behind the multiple award-winning styling of the current Mazda range. Launched in 2019, the

Mazda3 was the first vehicle to showcase the latest developments in the company’s ground-breaking Kodo design language – a more mature rendition targeting greater styling prestige through the elegance and rigor of a minimalist, less-is-more aesthetic inspired by the purest traditions of Japanese art and the beauty of space between objects.

Only through hundreds of hours of painstaking clay sculpting and painting work has it been possible to hone the Mazda3’s unique design that creates subtle undulations of light and shadows gliding over the car’s smooth body, giving birth to a natural and powerful expression of vitality. Creating such controlled vitality – a form both beautiful and simple – requires immense degrees of time, discipline and craftsmanship. Yet it is fundamental to the uniquely Japanese elegance of Mazda’s next-generation design vision, in which the ownership experience is further enriched by the presentation of the car as art.

The World Car Design of the Year category, and the corresponding award, are meant to highlight new vehicles with innovation and style that push established boundaries. Craig Roberts, Managing Director of Mazda Southern Africa, comments: “It is a fantastic achievement to win this highly coveted award in a category that faces competition from all sectors of the industry. Mazda designers are passionately working to express Japanese beauty and form in all Mazda vehicles. The Mazda3 is a youthful vehicle, it can also accommodate a family, and it is one of the most stylish cars in the segment – winning this award is proof of that.”