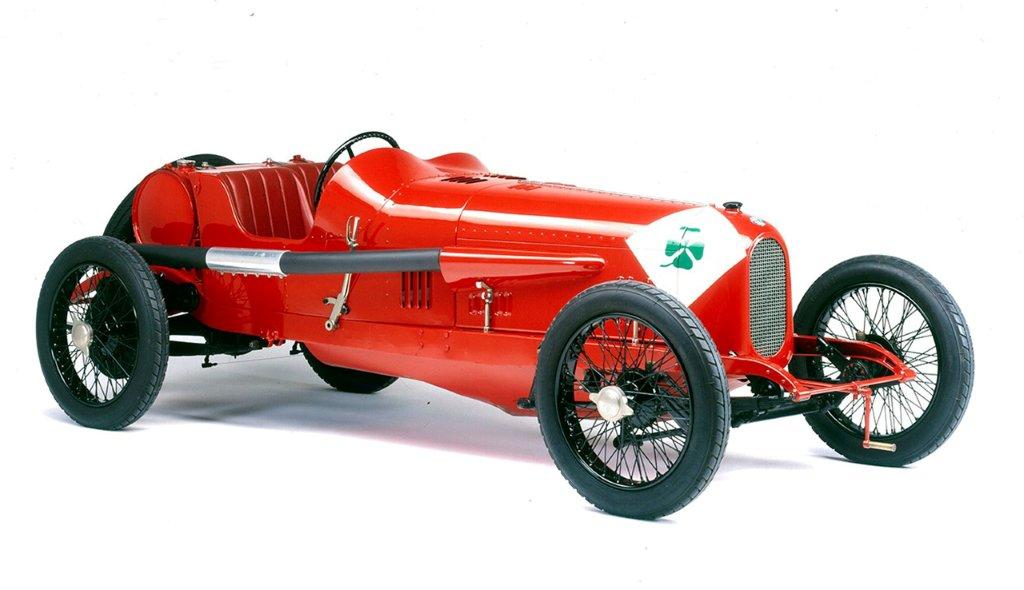 Brian Joss – The flanks of Alfa Romeo’s flagship Giulia QV and Stelvio Q are adorned by a label almost as legendary as the badge itself. The so-called Quadrifoglio – literally meaning four-leaf clover in Italian – has become the performance stamp for the 110 year-old brand since it first appeared on an Alfa Romeo in 1923.

In addition to the Giulia and Stelvio, the Quadrifoglio can also be seen on the Alfa Romeo Racing Formula One car, 60 years after it was seen on the flanks of Guiseppe Farina’s Alfetta 158, which won the inaugural Formula One World Championship in 1950. But while the famous mark has its roots deep set in motorsport lore, it wasn’t always set in a white triangle.

In 1923, Alfa Romeo works driver Ugo Sivocci was widely known as l’eterno secondo – the eternal second; for it is where he and Alfa Romeo always seemed to finish. Despite their lofty aspirations, Alfa Romeo had not yet won a major international event.

Determined to fend off the bad luck, Sivocci put his faith in the good old fashioned symbol of luck: the four-leaf clover. He painted it in a white square on the front of his Alfa Romeo RL for that year’s Targa Florio, one of four cars prepared for the race for Sivocci and team mates Antonio Ascari, Enzo Ferrari and Giulio Masetti.

Alfa Romeo was dominant in the race and Sivocci crossed the finish line the winner to record Alfa Romeo’s first international victory. The Quadrifoglio had broken the string of misfortune and it became standard fitment on Alfa’s racing team.

The tragic accident a few months later in which Sivocci lost his life reinforced the importance of the Quadrifoglio. Technical complications had meant his Alfa Romeo P1 was the only car in the team not to have it painted on. In honour of Sivocci, the remaining drivers removed one side of the square to make the white background a triangle in honour of their missing fourth team-mate. And the symbol remains that way to this day.

The performance triangle adorned many Alfa Romeo racing cars after that. The first production car to wear the Quadrifoglio was the 1963 Giulia Ti Super that, although designed to race, was sold as a road car to the public.

Equally, the 1965 Giulia GTA had it proudly along its flanks, both for production road cars and its racing stablemates. It is also seen on the latest incarnation of the GTA nameplate announced last month.

During the 1970s, Quadrifoglio Verde (green four-leaf clover) became the model name for Alfa Romeo’s sportiest versions of its road cars, beginning the abbreviated QV legend. The four-leaf clover was also seen in gold on the most luxurious models and in 1992 it became a double meaning for Alfa Romeo, defining the four-wheel drive transmission of the turbocharged 155 Q4, in addition to its sporty credentials.

It has subsequently been seen on the 2007 Alfa Romeo 8C Competizione, the sportiest Giulietta and MiTo models, and the 4C and has become the performance stamp for anybody lucky enough to own one of Alfa Romeo’s sportiest cars.