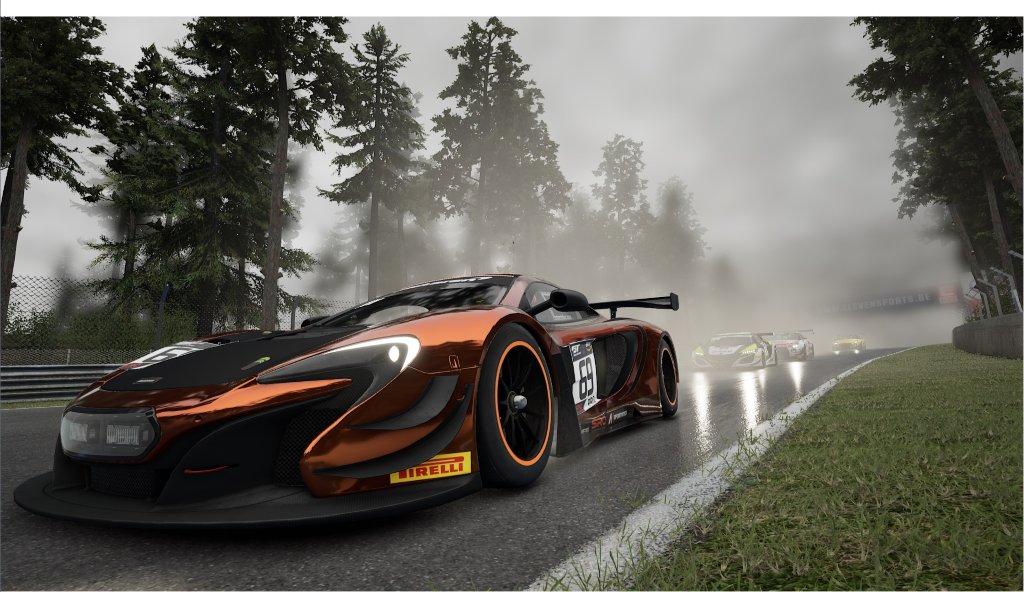 Brian Joss – The NEC Solidarity e-Race was re-loaded and started at 8am on Thursday 23 April.

The second iteration of the popular online race not only saw more competitors registering for their participation but also more and new sponsors coming on board for the event that is broadcasted live on social media platforms.

Over 120 entries were recorded within the first 24 hours of registration opening which not only means for an even more competitive and exciting race but also more funds raised for the Solidarity Fund with more than R20 000 collected during the first race. The event quickly gained popularity amongst sim racers, gamers and professional racing drivers alike as not only did it provide for a realistic and accessible platform to compete on but also supported a good cause during these challenging times in South Africa.

Further incentivizing competitors to not only participate but to do so seriously is the exciting prizes that are made possible by the sponsors. All of the abovementioned characteristics are resulting in an event that could quickly develop into a live racing series with more races to take place in the future. One of the main reasons the organisers and sponsors decided to host the second e-Race was just the reactions that came from both the racers and backroom staff as even tears flowed at the conclusion of the first event.

With reactions like this coming from people that have been involved with racing and gaming for such a long time just cemented the observation that these talented and passionate people longed for an event like this to take place within the local gaming community. Creating a platform like this not only provides for these passionate competitors to showcase their talents but also provide an affordable way for people to get involved with motorsport where owning and competing with real racing cars were never an option.

After the success of the first Solidarity e-Race, NEC Global decided to move its sponsorship role into the top tier level which includes naming rights and consequently left a space in the second tier of sponsors but not for long as True Race joined existing sponsors Afrihost, Data Science Corporation and Pure Storage. The sponsors which were involved with the action-packed and incredibly exciting live race event saw over 350 000 people engaged on social media and over R2.4 million worth of return on investment from a standard media coverage point of view. This just furthermore bolster the effectiveness of live e-racing as people around the world was left without any normal live sport taking place.

“We’ve seen drivers in online gaming championships go onto becoming test drivers for major teams, and unlike other big online games like the FIFA one whereas an example you might be great out in the park with your friends and a real soccer ball, but when you’re trying to make the same cross from the sideline into the centre on the game, it is not as easy to do. Driving games require a similar mindset to when you’re driving a real race car and concentration levels are just as high if not more when racing online as it is to real life,” Andrew Coley, official commentator, FIA WRX World Championship.

This is the insight as to how things are going in the UK under lockdown as he commentated just like Solidarity’s commentary team members, Greg Moloney, TheVoiceOfChoice and F1 Sasha Martinengo are doing during the exciting e-race event. The second iteration of the NEC Solidarity e-Race will change slightly in format when compared to the first race. Following a similar format as seen in the Intercontinental Challenge, racing drivers will “travel all over the world during each stage of the event visiting some of the most infamous race tracks in motorsport:

While the rest of the sporting world is in lock down enjoy some locally brewed live action tonight ( Tuesday) and Wednesday night on YouTube https://www.youtube.com/channel/UC1wVBFD0REAIQYxy3sC_WdQ

Fans can catch all the action as each race will be broadcasted via Social Media Live Streams.

This is a 20 lap race which will determine the podium finishes and the overall prize winners.

The organisers have done a lot to make the race even more challenging and thus more exciting. While there is a lot more racing action on offer, there are also additional incentives being put out to keep fans watching and interacting with the live stream feeds.