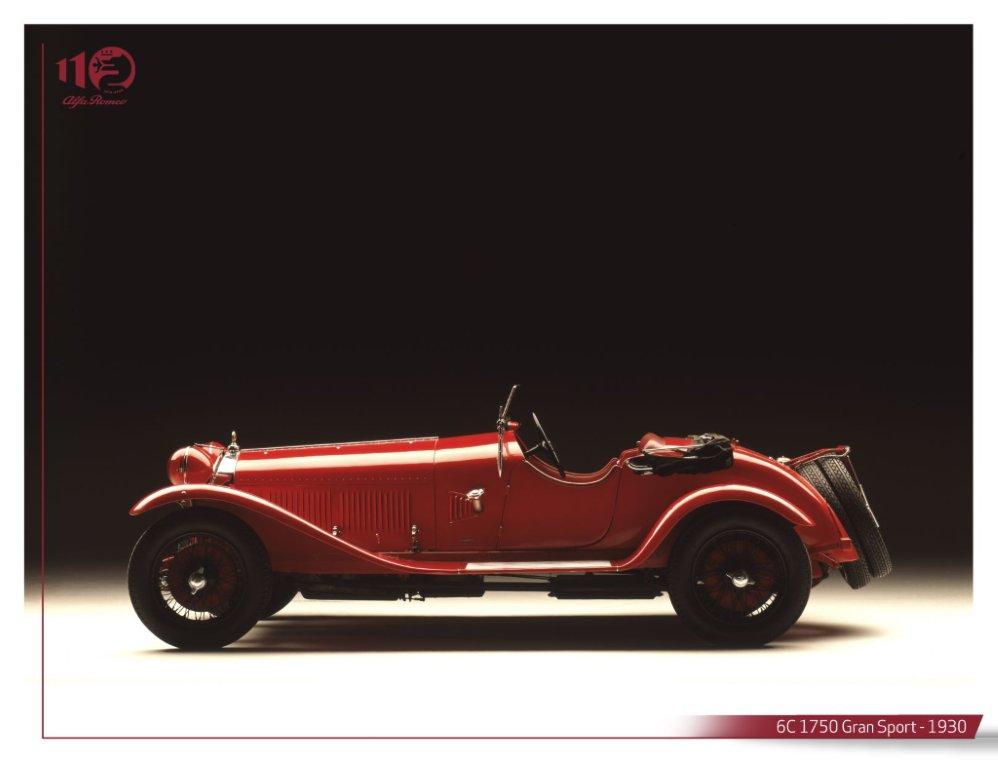 Brian Joss – On April 13, 1930, just after 5am, the silent shadows beside Lake Garda are shaken by the rumble of an Alfa Romeo 6C 1750 Gran Sport Spider Zagato driving at 150km/h with its headlights turned off. At the wheel is Tazio Nuvolari, from Mantua, nicknamed “Nivola” and beside him is Gian Battista Guidotti, chief Alfa Romeo test driver at the Portello Factory.

It’s a key moment of a mythical Mille Miglia race. The race leader and expected victor is Achille Varzi. But some kilometers before the lake, in Verona, Nuvolari and Guidotti had come up with an unbelievable idea: turn off their headlights. Their only hope of beating their rival was to take him by surprise.

Dawn was approaching. After the lake, the placid countryside would lead to the finishing line in Brescia. It was here that Varzi and his second driver Canavesi detected the echo of another engine. Too late… before they realised what was happening, they’d been overtaken by an identical car to their own.

Nuvolari won. His average speed was 100.45km/h. It was the first-time ever that the 100km/h average speed barrier had been broken in this legendary race and the record made the front pages all over Europe. Ten minutes later, a stunned Varzi came second. Third to arrive was Giuseppe Campari. Fourth, Pietro Ghersi. Different kinds of drivers with one thing in common: they were all racing in the same car: the Alfa Romeo 6C 1750. And they weren’t the only ones. In the following hour and a half, other 6C models arrived… altogether, eight out of the first eleven.

A case of what’s called absolute supremacy, which was to be repeated that year with top three finishes in the Spa 24-hour race in Belgium, and in the Belfast Tourist Trophy. The 6C 1750 was simply the fastest car of its era.

Vittorio Jano had taken charge of all Alfa Romeo product planning in 1926, and the 6C was his first creation. His task was to invent “a brilliantly performing lightweight car” that would win races and admirers, but also conquer new markets.

The 6C combined structural simplicity with sophisticated engineering, typical virtues of Jano’s creations. However, it also offered something else that would turn out to become an Alfa Romeo speciality: extremely high specific power. Jano had an astonishing ability to conjure horsepower from small engines, and this allowed him to imagine what today we would call downsizing: designing engines with a displacement somewhere between 1.0-litre for utility cars and the 2.0- or 3.0-litres of luxury models. Even back then, Alfa Romeo boasted the best power-to-weight ratio making them the fastest.

This engineering intuition led to a stream of cars that became legendary.

Merosi had previously developed highly original engines for the 1914 GP (blocked by the outbreak of war), which went on to dominate future Alfa Romeo engine design: two overhead camshafts, four valves per cylinder and dual ignition. The 6C 1900 GT (and later the 6C 2300 and the 6C 2500) introduced further innovations: independent suspension and a new chassis with welded (instead of riveted) components, in order to boost rigidity.

The 6C 1750, presented in January 1929 at the Rome Motor Show, could be said to have expressed the 6C formula’s full maturity. The engine was an evolution of the previous 1500 straight six engine. It was produced in various versions – single- and double-overhead-cams, with and without supercharger – ranging in power between 46bhp in the Turismo version to 102bhp of the Gran Sport “Fixed Head”. The latter was the most special incarnation of the 1750 with very limited production with the cylinder head and crankcase cast in a single unit in order to eliminate the seals (and the risk of burning them). Weighing in at just 840kg it could reach a top speed of 170km/h.

The engine was not the only factor that made the 6C 1750 a peak of motoring innovation. It used a mechanical braking system, with large drums actuated by push rods. Its pressed steel chassis was perfectly balanced and impressively rigid with leaf springs mounted outside the car body instead of beneath the side members, allowing a lower centre-of-gravity, which was a big contributor towards its class-leading handling. The fuel tank was set further back, in order to obtain greater weight on the rear wheels to improve axle balance. Importantly – and in line with the Brand’s philosophy – all the innovations from the racing cars were shared with the production road cars.

The more races it won, the more the model’s technical reputation grew. From its launch, the 6C 1750 immediately achieved notable sales growth. Between 1929 and 1933, 2,579 models left the Portello factory for sale in Italy but also abroad: notably in Great Britain and the Commonwealth. An exceptional result, especially considering the car’s status as an elite product. In Italy, for example, it cost between 40,000 and 60,000 lire: equivalent to roughly seven years of an average wage.

The 6C was ultra-fast but also beautiful. Its success owed a great deal to the coachbuilders who created its bodies: master craftsmen capable of uniting the trades of saddler, panel beater, painter and upholsterer… artistic creators and stylists who left their mark on an era.

Until the 1930s, it was normal for bare frames to leave production plants, equipped only with engine, gearbox and suspension. The customer purchased the car, and then commissioned a coachbuilder to create a practically unique bespoke body. The first bodybuilding department inside the Portello factory was not launched until 1933. It initially co-existed with the previous system of selling the basic bones of the car directly to customers and bodybuilders.

Alfa Romeo’s extraordinary mechanical and engineering base lent itself to the creation of some of the most elegant bodies ever built, designed by the finest stylists and bought by some of the world’s most famous people.

The “Flying Star” was made to be as irresistible as its millionaire owner, model and socialite celebrity, Josette Pozzo. It was conceived especially to participate in the Concours d’Elegance competition of Villa d’Este in 1931, built by the Carrozzeria Touring of Felice Bianchi Anderloni.

The 6C 1750 Spider was a one-off creation: a jewel of originality, elegance and attention to detail. It was entirely white, including the underbody, wheel spokes, steering wheel, and upholstery, the only exception being its contrasting black dashboard.

Carrozzeria Touring endowed the 1750 with new proportions, adding a series of elegant art nouveau aesthetic details, including the suspended front and rear steps that extended from the wheel arches and crossed beneath the doors without touching each other.

The result? At the Villa d’Este event, the 6C 1750 GS Touring won the Gold Cup for the most beautiful car. Josette herself drove it to receive the prize, dressed stunningly in a matching white outfit.

CAPTION: Into the future: the Alfa 6c 1750 Gran Sport, a key moment in history