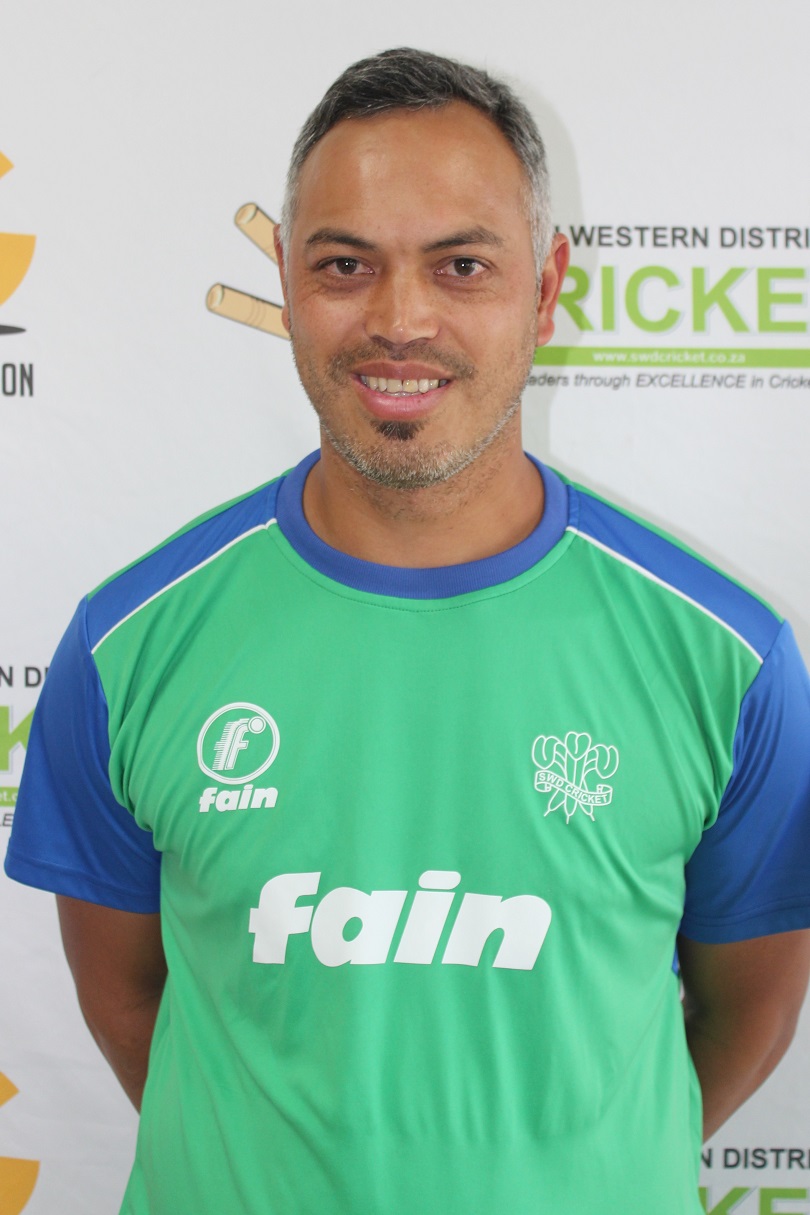 South Western Districts’ head coach for the past three seasons, Baakier Abrahams, has accepted the position of assistant coach at the Warriors and will further his coaching career in the Eastern Cape.

His contract with SWD has also come to an end at 30 April this year.  During his stint with SWD he was also the assistant coach of a South African XI that played against England in January this year.

Like most of his predecessors he could never won a trophy for the union but came very close in doing so in the Cricket South Africa Limited over competition in the 2018/19 season. “He was however very successful in elevating the careers of players like Obus Pienaar, Marcello Piedt, Stefan Tait, Tsepo Ndwandwa and Jean du Plessis who went on and played representative cricket at higher levels”, said Albertus Kennedy the Chief Executive Officer at SWD Cricket. “He also deserves credit for giving Tyrece Karelse and opportunity at first-class level and in doing so opened the door for Karelse to be spotted and selected for the SA U/19 team in 2020”, Kennedy said.

Abrahams who will continue his career in Port Elizabeth where he hails from said:  “I wish to thank the CEO, the chairman of the board, various committees as well as SWD Staff and players for their support during my tenure as SWD coach. It was a great experience and opportunity for me to continue my growth and development as a coach. I hope I made a positive impact during my time at SWD and will be keeping a keen eye on the team and unions progress and I wish the union everything of the best for the future”

In his tribute to Abrahams, the President of SWD Cricket, Mr Rudy Claassen thanked him for the role that he played in SWD Cricket for the past three seasons with specific reference to his contribution and impact he had on the development of emerging players.  “I would also like to wish him all the best for his future career”, Claassen said.