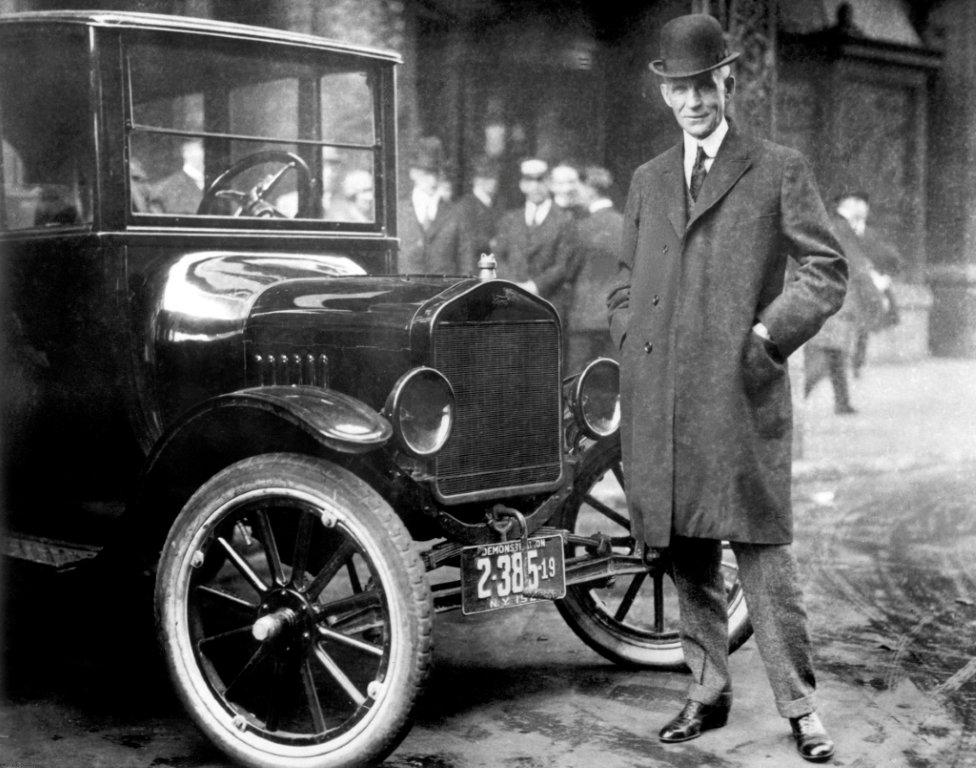 Brian Joss – “If I’d asked them what they wanted, they’d have asked for a faster horse.”

This philosophy resonates with Henry Ford, a gifted entrepreneurial businessman who was about to revolutionise transport in new inconceivable ways. And it’s on this day (18 May), National Museum Day, that Ford South Africa chooses to recognise not only the eponymous Henry Ford – for his determination to make the motor car affordable to the average citizen and modernize the assembly line – but to also highlight the many Ford museums you can visit virtually during these trying lockdown times.

Henry Ford’s career as a builder of automobiles began in the winter of 1893 when his interest in internal combustion engines led him to construct a small one-cylinder gasoline model while working as an engineer for the Edison Illuminating Company in Detroit. The first Ford engine spluttered its way to life on a wooden table in the kitchen of the Ford home and a later version of that engine powered his first automobile, which was essentially a frame fitted with four bicycle wheels and given the name Quadricycle. The Quadricycle was the first Ford car and symbolised the foundation and success of Ford Motor Company.

In 1908 Ford put the world on wheels with the Model T with over 15 million in sales. But initial demand outnumbered supply beyond prevailing production methods, which were slow and necessitated long working hours. Faced with another challenge, Henry Ford exuded more of his problem-solving acumen by pioneering the integrated moving assembly line which precipitated a production revolution that is still used today. The slowest part of the entire process was waiting for the paint to dry. Black paint dried the fastest which is where the saying “you can have it any colour as long it’s black” gets its meaning from.

But how do you satisfy your museum craving under lockdown, since these establishments have always thrived on foot traffic and sensory stimulation?

Virtually, of course and just like Henry Ford brought stages of the assembly line to his workers, Ford has transported the authentic museum experience to your home.

Ford anoraks of the company’s early automobiles will think they’ve hit gold with the virtual tour of the Ford Piquette Avenue Plant, positioned on Piquette Avenue and the Milwaukee Junction Rail Line. This is home to Ford Motor Company’s first purpose-built factory from 1904 to 1910 and Henry Ford would often ride or walk here from his home. Recognised as one of the most significant automotive heritage sites in the world, this was the heartland of Ford Models B, C, F, K, N, R, S, and T. Productivity hummed from inside this little brick building churning out the first 12 000 Model Ts which were then shipped out by railroad.

Through the online virtual tour one can imagine being a fly on the wall as Henry Ford laid out his plans for the Model T in complete secrecy, using a heavy-duty padlock to ensure its confidential files remained hidden from the rest of the workshop. This is a short virtual tour owing to the small size of the building but one packed with provenance to the point where you can almost hear Henry’s footsteps against the creaking wooden floors.

Next stop in the virtualscapes is the Henry Ford Museum in the Detroit suburb of Dearborn Michigan, although the artifacts (or relics as Henry called them) of this indoor and outdoor exhibition are not limited to the automobile – despite various iterations of the Quadricycle, among others.

The museum showcasing industrial progress began in earnest as Henry Ford’s personal collection of historic objects and now represents and preserves America’s defining moments of ingenuity, resourcefulness and innovation – an embodiment of the man himself and the personal objects he felt were important. “I am collecting the history of our people as written into things their hands made and used…. When we are through, we shall have reproduced American life as lived, and that, I think, is the best way of preserving at least a part of our history and tradition,” said Henry Ford.

While there is no exact replica for the real museum experience, the simple accessibility of a virtual museum tour is something worth advocating, especially in the wake of COVID-19 which will likely change the rules and protocols for large gatherings. Being able to educate and inspire far and wide, and safely, will lead to the next industrial revolution, and that’s exactly the legacy that Henry Ford would want to leave behind.