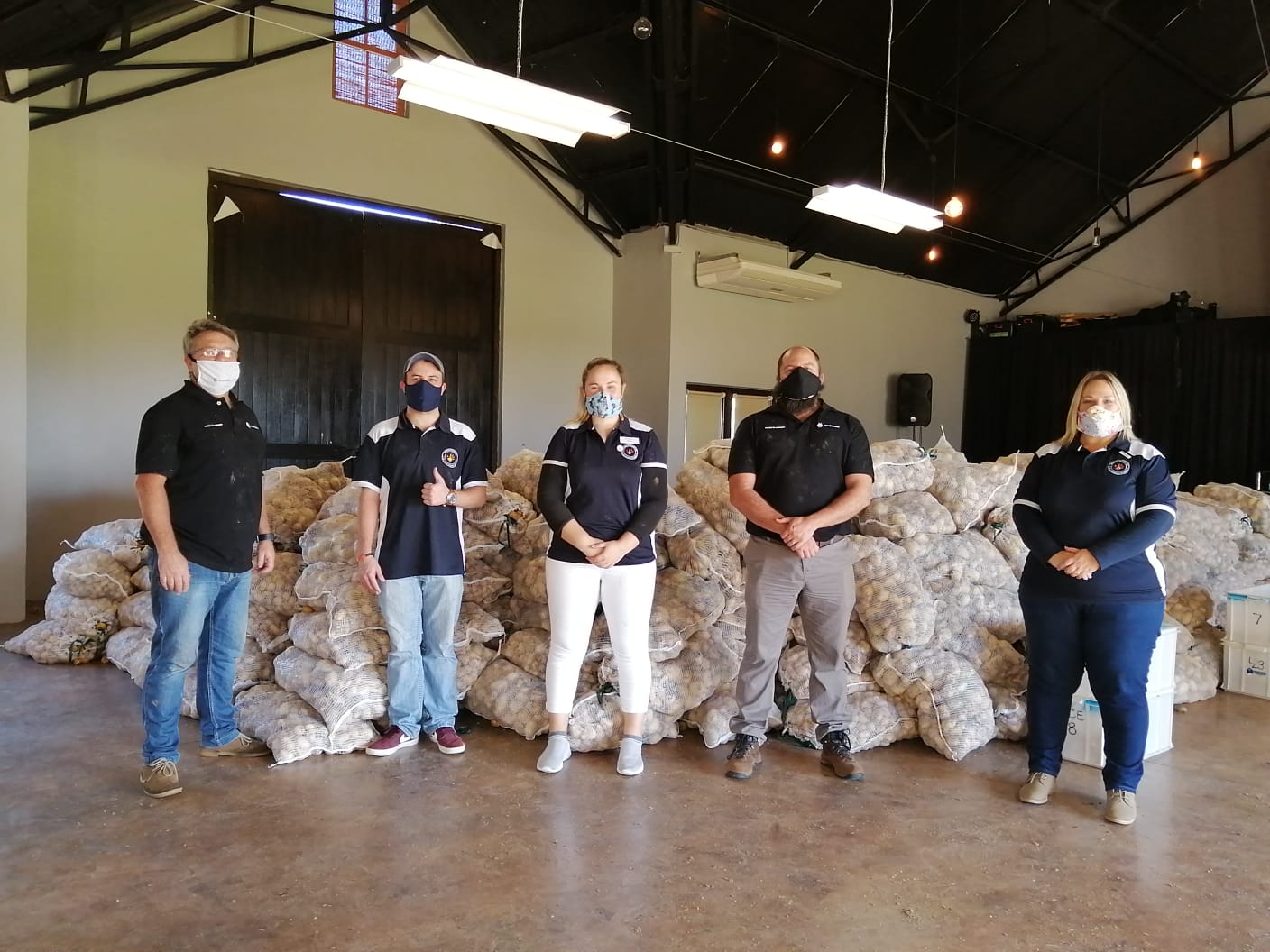 The consignment of 28 tons of potatoes with an estimated value of R105 000, was delivered in George on 15 May 2020, from where it was distributed. Solidarity Helping Hand, together with AfriForum, appropriated funds for transportation of the potatoes to George and also oversaw the granting of donations.

“We are so thankful for this donation – The Lord was so good to us during this time. It enables us to reach and assist hundreds of needy families who live in the Southern Cape. We were also able assist various charity organisations who, like us, open their hearts and hands to our people. We especially want to thank Marius (Mars) van der Colff, for allowing us to use his facilities at the Tramonto Boutique Hotel for the storage and safekeeping of the potatoes. We are also thankful to the residents of George who helped unloading the potatoes – this made the experience extra special!” says Marlise Labuschagne, Helping Hands’ District Manager for the Southern Cape.

“AfriForum notices the food shortages during the lockdown. As responsible citizens we see how branches and members everywhere put in an effort to help their neighbours. It proves that AfriForum has the capacity to quickly and effectively react to a crisis in our communities and make a real difference,” says Arno Greyling, AfriForum’s District Coordinator for the Southern Cape.