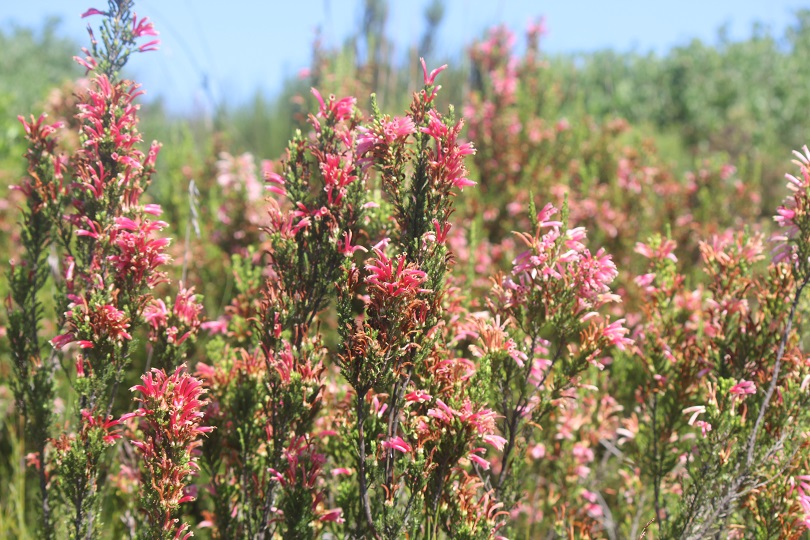 On the eve of the commemoration of the 2017 wildfire disaster which ripped through Knysna and Plettenberg Bay like a blow torch, Cobus Meiring, on behalf of the Southern Cape Landowners Initiative (SCLI) and the Garden Route Environmental Forum (GREF), asked Knysna Municipality’s Environmental Manager, Pam Booth, about her thoughts on the environmental recovery of the natural environment of the surrounding towns.

Says Booth, “The natural surrounds of both Knysna and Plettenberg Bay reflect what is true of most of the Southern Cape landscape, and that is the sad fact that it is severely affected by invasive alien plants.”

“It is common knowledge that the prevalence of impressive densities of invasive alien plants provided the biofuel that turned the wildfire into the inferno it became, generating heat so incomprehensible that everything in the path of the fires was obliterated.”

Continues Booth, “At the time, there were justified fears that, given the intense heat which the wildfire exerted on the landscape, that the indigenous seed bank in the ground, which would allow Fynbos species such as Proteas and Ericas to recover, was so badly affected that they will never recover, allowing even more of the beautiful landscape to become infested with invasive alien plants over time.”

“One such example was the invaluable terrain that is harbouring the unique set of plants sustaining the world-famous and endemic Brenton Blue butterfly. As confirmed now, the Brenton Blue is safe and sound, and much is being done by Brenton locals to ensure that invasive alien plants do not encroach on the town, giving indigenous vegetation a chance to recover, whilst reducing fire risk and creating jobs at the same time.”

“Fortunately, the plant species counted in the Southern Cape and Garden Route Fynbos Biome is a hardy species, which by nature are dependent on fire for survival and rejuvenation. Even as conservationists feared for the worst, the Fynbos came back, and after two seasons of favourable rainfall, the hills around Knysna and Brenton are alive with wildflowers of all kinds already standing two meters tall in places,” says Booth.

According to Booth, the regrowth of invasive alien plants is a matter of great concern.

“It is true that in a great many places where invasive alien plants were present in numbers before the fire, they also grew back with a vengeance. This is a matter of great concern to all, as that may well set the scene for a repeat of the 2017 disaster in the coming years. Government is coming down hard on landowners who defies the laws governing the prevalence of invasive alien plants on their land, and already a number of landowners have received pre-directives and directives to either clear their land or face the court and the penalties associated.”

“Efforts by entities such as the Table Mountain Fund, WWF SA and the Southern Cape Landowners Initiative (SCLI) to empower and assist landowners to deal with the regrowth of invasive alien plants did make an impact, and private land bordering river systems such as the Knysna and Goukamma today is in a better state of invasive alien plant infestation than before the wildfire disaster.”

The Garden Route, including Knysna and Plettenberg Bay, is a jewel in South Africa’s crown of scenic tourist destinations. Thousands of jobs and the socio-economic survival of the area are dependent on its natural surrounds.

“Not only is it based on this premise that we implore landowners to manage invasive plants on their land, but also for the sake of biodiversity conservation which is also facing the impact of a changing climate and an ever-increasing human and development footprint,” says Booth.

*Sunday 7 June marks the commemoration of the 2017 Knysna wildfire disaster.

Photo: Fynbos in Brenton – Despite fears that the intensity of the 2017 wildfire disaster destroyed the underground seed bank of indigenous vegetation, Fynbos has made a remarkable recovery in the Garden Route. (Photo: SCLI)